Everything I Needed to Know I Learned in Fifth Grade

I knew the page number of every sex scene in Judy Blume’s book “Forever”. I was like an X-Man in the fifth grade and this was my mutant power. I knew the page numbers of sex scenes in all sorts of books: “Don’t Say Yes When You Want to Say No”, a pop psychology book at the time, was one of my favorites. “Candy” by Terry Southern, another quality sex book for me in fifth grade. “Boys and Girls Together” (by William Goldman), “Couples” (by Updike), “Looking for Mr. Goodbar”, “Wifey” (also by Judy Blume) and so on.

I’d see people reading “Forever” and I’d say , “go to page 121” and sure enough, there it was. Penetration.

In the book, “Candy” it was all over the place. She was stupid and having sex with everyone. It was a perfect book for a fifth grader. “Wifey” scared me but I couldn’t quite figure out why until thirty years later. But that didn’t stop me from reading it over and over. Just the cover: a picture of the area in a woman between the breasts and the waist with just the hint of everything. That was a “wifey”. I wanted one. Maybe two.

One time Lori Gumbinger wanted to stop thinking about Brian Fox. So I told her a technique from “Don’t Say Yes When You Want to Say No”: 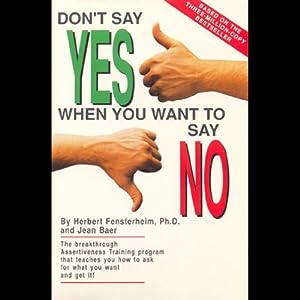 Eventually you will stop thinking about him.

That was the technique in the book.

I still occasionally use it.

From “Harriet the Spy” (and the sequel, “The Long Secret”) I learned how to be a spy. I’d take my notebook into school and I’d write down my thoughts on everyone. If X had a crush on Y I’d write it down and write down why I thought it.

I filled up the whole notebook about everyone in the class. Eventually everyone was grabbing at my notebook to see what I had written so the teacher, Miss Hilge, banned me from bringing in the notebook anymore. I still write in my notebook every day about all the people around me and who they like and don’t like.

From “Chloris and the Creeps” I learned that divorce was bad for kids. And that kids would take advantage of divorce by getting gifts from both sides and making both sides feel guilty. When I read that, and the sequel, I wanted my parents to get divorced so I would get two allowances. And now that I’m divorced, I try not to let my kids game me like Chloris gamed her parents.

In fifth grade we had sex education classes from Mrs. Robison. I learned that making a circle with the fingers of one hand and putting one finger from the other hand through that circle was all that was needed to send me to the principal’s office.

I learned about prayer in fifth grade. I got down on my knees and leaned against my bed with the lights out and prayed that Beth Wesloh would have her desk moved next to mine. The next day her desk was moved right next to mine. So I believed ever since that prayer would work. And it still occasionally does.

This was all about 34 years ago. I’ve learned a lot since then. I learned how cruel kids can sometimes be, even hitting me for no other reason than that they thought it was funny. I learned how much more complicated relationships could be, particularly when sex is involved. I stopped referring to Judy Blume for all of my knowledge about sex. I graduated from pop psychology to…well, more pop psychology. It’s all pop. Easy answers are the best answers.

In fifth grade I licked my first taste of romance. My first flirtation with intrigue. I was friends with girls for the first time. I started writing every day. I had my first fight where blood was shed (out of my nose) and girls were screaming. My first close relative died and I had no idea how to act . I didn’t understand why I had to say “sorry” to someone whose wife died. I didn’t do it!

I had my first breakup (she said, “I never want to talk to you again” – and now, remarkably, we’re friends). I cried that night thinking I would never ride bicycles again with her.

I read as many of the books on my parents bookshelves as I could. I remember the bindings of the books and how books 30 or 40 years ago had thinner pages and print that was much tighter together so as to keep the page numbers low. Sometimes when I see a book like that it brings a feeling of nostalgia. And also a nostalgic erection, as often happened back then when reading the books on my parent’s shelves.

The main thing I learned was that “Forever” often means the exact opposite. And that “Candy” is usually too sweet. And that “Boys and Girls Together” often means that they are not. And for many years I too often said “Yes” when I really meant “No”. Or that I manipulated people into saying “Yes” to me when I knew they wanted to say “No”.

Between fifth grade and now I have many many regrets. And regrets cost money and soul but I wouldn’t take anything back. I’m thankful now for every regret I’ve ever had. But sometimes I feel like I’m still back in fifth grade. And for the rest of my life I’ll be a spy.