Falling in Love for the First Time

I almost killed both my kids yesterday by accident. Then, later, I had no money to pay for a meal we had already eaten.

On the way to my oldest daughter’s singing performance, my tire blew out. It didn’t go flat. It blew out. It was as if it had been shot from a gunman in a grassy knoll. And maybe from another gunman in a building 10 stories high. The tire was shredded and gone by the time I looked at it.

And I had no license so I was afraid a cop would see the tire and arrest me, take my car, arrest my kids, etc and people were honking at me that I shouldn’t be driving like that with kids in the car. At every red light people were rolling down their windows and yelling, “get those kids out of there!” But whatever.

Then, later that night, when nobody died, we went out to dinner. We had a huge dinner. And when I got the bill and reached to pay I realized I had no money or credit cards. I only had Indian rupees in my pocket.

Mollie, my youngest, turned to me and say, “Why do bad things always happen to us?”

“What do you mean?” I asked her and I felt bad because it was the first time I had seen her in three weeks and it seemed to her like everything was going wrong.

“The flat tire, the boring tire place, and now you can’t even pay this restaurant.”

“It looks to me like we’ve had a great day,” I said. “Despite a flat tire, it was only a mile form the performance so we made it [going ten miles an hour to play it safe] and the police didn’t stop me and realize I had a suspended license and we didn’t roll over into a ditch or anything.

“Then, during the parts of the performance Josie wasn’t in I managed to finish a great novel on my kindle.

“Then, it turns out a tire store was less than a half mile from the performance. And while we were waiting for the tire to be changed we watched some great ice skating on TV and you’re a big fan of ice skating so how lucky was that?

“Then, when we had no money at dinner, they told us they would just send me a bill and I can pay whenever so how lucky was that for us? We didn’t have to wash dishes all night and we still had a great dinner without any money in our pockets. How often does that happen?”

She was skeptical. “Maybe,” she said. But it was a start.

I’m not trying to say I always look at the positive side of things. Often when a deal falls through (as 19 out of 20 do) I think to myself, “Why haven’t I had a big deal come through in almost six years!?” And I get down on myself. Or when I think about people who treat me bad or backstab me or talk down about me I think, “Why can’t people ever treat me well?”

I get irrational. I get angry. I get scared. Then I can’t sleep. Then my stomach starts to hurt. Then I consider sending emails saying things like, “after all I’ve done for you BLAH BLAH BLAH…”

Fortunately I stop myself.

When I was thinking about writing this article I got to this point and I didn’t know what I would say next. So this is how list posts start. I figured I’d make a list and put down everything, even stuff that might seem corny, and figure it out later.

A) in every bad experience there’s some good. I haven’t watched ice skating in years. The performances were beautiful when we were waiting in the tire place. I stopped thinking of how annoying the flat tire was and tried to think of all the opposites I could. The ice skating, the reading of a good book, watching Josie sing (we were late but made it just in time). Then the good meal that I didn’t pay for.

B) Self-analysis. Any game player or competitor at all knows that the only way to learn is to learn from your mistakes. When you study your wins it doesn’t help you that much. You already won! You don’t need to win it again. But when you fail and you study why you failed then you know (hopefully) you won’t fail that way again. In fact, the next time, you’ll have a much greater chance of winning.

C) Positive thinking. I hate to go New Agey on this. But when I first had a flat. Or when a deal failed to go through a few weeks ago. Or when I’ve gone totally broke several times. Or when a girl cheated on me 20 years ago and I caught her naked with the other guy. Or when I was beaten silly repeatedly when I was a kid, I could’ve said, “that’s it. I failed. Nothing will ever work!”

Instead, taking it slowly, building back up, problem-solving, being creative, being honest, good things will happen. Don’t believe on this. Never believe me. Just try it.

If I hadn’t spent time “practicing” honesty in the past then perhaps the restaurant would never believe that I would send them a check to cover the cost of the meal. Without problem-solving I might’ve just waited for a tow truck and missed the performance. Or Stockpickr could’ve gone out of business if I hadn’t thought of the one way out of my problem.

The problem is, if your fountain only has dirty water in it, how do you clean it?

D) Trust. I’ve been broke. And I’ve come out of it. I’ve been lonely. And I’ve met better people than ever. I’ve had businesses on the brink of failure and they turned out to be great. You don’t have to believe in God to Trust a “higher power”. I hate the word “higher power” or even “God”. But maybe think of it this way:

There’s big parts of you that you dont know yet. It’s only been 44 years (for me). Maybe it takes 500 years to “meet” me. I can trust those parts of myself I don’t know yet to help me out of bad situations. When I’m in a bad situation I can spend some time assuming the worst-case will definitely happen. Or I can trust that after 5000 bad experiences in a row, that if I’m creative, positive, and problem solve I can turn a wish, into an action, into reality.

I know this from my own experience. And before I had the experiences, I learned this through practice (often painful practice).

E) Practice. This is the hard part. So I have a short cut: When a bad thing happens, When you’re in the middle of it, When you catch yourself thinking, “Shit. Why does bad stuff always happen to me?” STOP! Try to think of the opposite. Try to think of the good things that are happening right then. Or find something to be grateful for. Anything. This is hard if you’re not used to it. But it works. Don’t believe me on this. Try it for yourself. Give it time.

Crappy situations are often the exact same thing as dealing with crappy people. Your life will be better and happier if you avoid the crappy people and spend more time with people who inspire you. This is totally obvious.

So it takes practice. You have to stop in the middle and say, “this is a bad thought” and replace it with clean water. 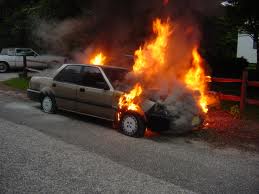 So we went to some random house so my dad could call my mom, a tow truck, etc. At the random house there was a little girl with brown curly hair down to her shoulders. My age (three or four).

Starting a pattern that lasted the next 40 years, I fell in love with her instantly. She was the most beautiful creature I had ever seen until that point. I think I talked marriage with her. We played all afternoon.

And that’s the thing I remember the most about the situation. Not the fire, or the rain, or my dad screaming, or the fear. But the most beautiful girl ever. And falling in love for the first time.