Financial Fridays: What the 'Brexit' Means! 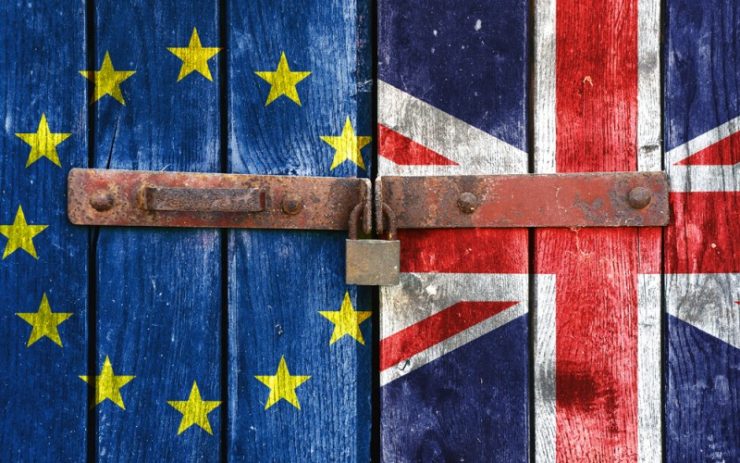 I almost have nothing more to say about it. I haven’t been following the news at all about the entire issue.

A) Is this bad for the United States?

No, it’s great for the United States. For the next five years, British companies and the UK are going to be negotiating all sorts of trade issues: tariffs, taxes, etc.

Meanwhile, nothing at all changes for the US. So US companies will take advantage of the chaos. There’s really nothing else to say here.

Oh wait, one more thing: the EU will probably try to stimulate the impoverished economies within the EU now that there is one less backstop to do it. There’s basically only Germany left as the only major economic power in the EU.

For once, the US doesn’t have to bail anyone out. It’s all up to Germany.

Maybe. Like any economic situation. We just have no idea. Some UK companies with heavy commerce in the EU will suffer. And UK citizens, in general, might do better if they don’t have to worry about countries like Greece anymore.

The key is: we have zero clue. Nobody does. There is no prediction right now that is accurate. Just like most people predicted incorrectly about this vote, anyone making a prediction about the UK economy over the next five years is probably wrong (on both sides!)

But… the fact that the US markets are down on this is ludicrous. Will Google have less searches? Will Japan and Detroit sell less cars?

C) What does a Brexit actually mean?

It means almost nothing. For instance, nothing really changes today. Or tomorrow. Or next month. Or even next year.

The actual official exit might take place in two years. That’s all this vote means.

But the UK has to negotiate with each individual country within the EU on tariffs, trade restrictions, passport and travel issues, etc.

That could take many more than two years.

Note: Each individual country they have to negotiate with. Apparently that’s what “Union” means in Europe. So it’s a pretty loose union. And when they negotiate, some sides will win and some will lose and it will balance out.

D) Was this vote racist?

Maybe. I’m sure some people were racially motivated and isolationist out of fear.

And some people were voting based on economics.

And some people were voting because… who knows? I have no idea. But regardless of the reasons, I’m just curious about the impact. And, I hate to say it, I’m mostly just concerned about the impact in the United States.

Yes, we have a global economy. But, for the most part, the global economy will feel zero impact from this. And the US will probably be the long-term winner anyway.

D) Will this lead to Scotland and Ireland leaving the UK and other countries leaving the EU?

The economy is global regardless of who rules every little Shire. Countries might separate, but then if they want to survive, they will figure out how to trade with each other or they will go bankrupt.

The United States has 50 states. They aren’t countries. They are separate from each other and they figure out how to trade “across state lines.” That’s what legal entities do in this economy.

E) Why are people sad about this?

Because it feels isolationist. There’s the dream (which I believe in) that ultimately all countries can work together in peace and get closer and closer together.

This vote doesn’t end that dream. Sometimes you have to take a step back to take five steps forward.

For whatever reason, the EU wasn’t working for 52% of the people in the United Kingdom. Now… negotiations will take place to make it work for them again.

And then we’ll see how people come together.

By the way, the world doesn’t have to come together because heads of state shake hands. Maybe that’s the wrong way to think about it.

For instance, there’s over 1.6 billion users of Facebook every month, coming from about 150 different countries or more.

Maybe we need to think of world unification according to different metrics than the metrics defined by a handful of corrupt politicians.

F) Why is the stock market taking a beating?

For no reason. This is just what happens when there is great uncertainty. This vote was uncertain. It was unexpected what happened. The result is uncertain. So the markets react.

Which means it’s most likely a buying opportunity either today or over next few days.

Like every other uncertain financial event in history… (Read more here)

G) What should I do today?

Until two seconds ago, I didn’t even realize “Now You See Me,” the sequel, is coming out today. I think I might try to see it.