How Do You Find The Right Path? 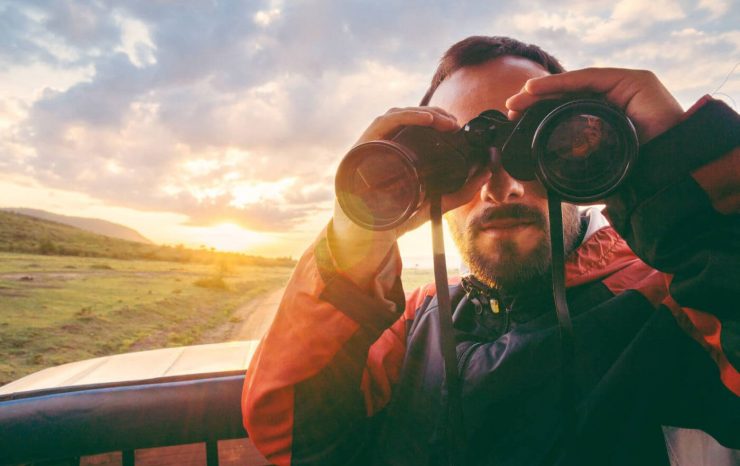 I got lost the one time I went hiking. Then it started raining. It was on my birthday. 19 years ago. I fell and twisted my ankle.

About an hour later I found a road. I was soaking wet. I went to a restaurant and sat by a fire. Then took a train home. I was limping.

I had to work that night: interviewing drug dealers, etc.

I was on the wrong path the entire time.

My brother in law was going broke. He had a business making CD-ROMs. (What?). I showed him the Internet. I showed him how to start building websites for other people.

While I was doing that I was also pitching a TV show. I go to sleep early so I always wonder – who are the people out at 3 in the morning? So I started interviewing drug dealers, criminals, and others.

With my brother in law, we started charging a lot of money to do websites. $75,000 to make a 3 page website about Dennis Miller. What a joke.

And HBO gave me money to shoot a pilot which they ultimately rejected.

So my brother in law and I created a company, Reset, to do websites. We did the websites for the movies “Scream” and “The Matrix.”

While they were changing in and out of their clothes, my sister and I interviewed them. We made a website out of it.

That website helped us get the business of other creative websites.

I was on the wrong path though.

We sold the business.

I started a wireless software company. My pitch: first there was the Internet, now there is the “wireless Internet.” I was right. But ten years early.

We got a lot of investors. $30 million worth. Then another $30 million. Yasser Arafat (secretly – I didn’t know until his death) invested. Many famous investors invested.

I got fired as CEO. Then my shares were taken from me. I got depressed for two years and didn’t leave my house.

I decided to go my own way. I didn’t need anyone else. I read 100’s of books on investing. I wrote software to model the stock market.

I day traded every day and was making money. Other people gave me money to invest. I wrote out 100’s of emails every day to people begging them to invest.

After awhile I had a good track record and many people began to invest.

I built up a good hedge fund. Then a “fund of hedge funds.” So people could invest with me and I would help them find other funds to invest in. I was doing well.

The markets were starting to fall apart even as early as 2006. The market would suddenly go down 30% and then pop up. I couldn’t handle the enormous stress. So I shut it down.

After that, I decided to get back to my roots. The World Wide Web! WWW.

I started an internet company called Stockpickr. Just to date it, I called it “The MySpace of Finance.” And it was!

We built up to millions of users a month. We sold out all the advertising space. We were profitable mostly because there was just two of us.

We sold just four months after our official launch. I thought I was DONE.

I lost everything. The financial market crashed right when I bought a house. This is now called an “Altucher Cocktail” and you pour it for people to make them go broke.

I’ve written 18 books. I wrote fiction. Business. Personal Improvement. Humor. I’m about to come out with a children’s book.

I’ve thrown out everything I own. Even an animation cel from “I Dream of Jeannie’s” opening segment. I loved it. Gone.

The wilderness is easy to get lost in. There are many paths. At night there are howls in the wind and I probably get more afraid than I should be.

In the day I explore but sometimes I feel as if I’m totally invisible.

When I am in the middle of something, I think, “This can be the right path – I love this.”

But often then it’s the wrong path.

I’m having the best time in my life. And I always have. I am living the way of the wanderer.

Today I’m going to go down my path.

Related reading: The 100 Rules for Being an Entrepreneur