How to Find Two Million Dollars in the Morning 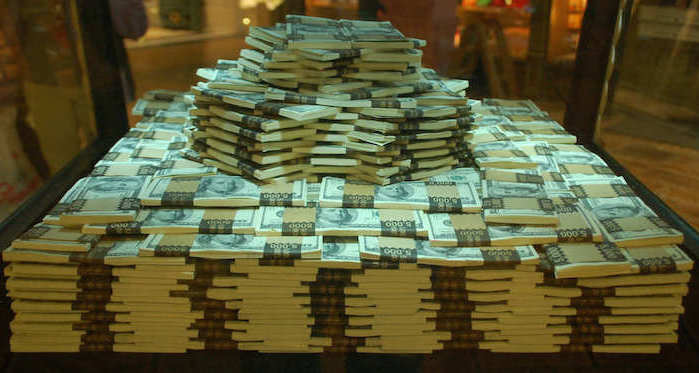 “Oh! I forgot to tell you. I accidentally made two million dollars this morning,” Dave told me.

We were standing in his kitchen. We had been hanging out for awhile when he suddenly realized he had this story to tell me.

“How could you accidentally make $2mm?”

“James, its really funny. This friend of mine who runs a hedge fund called me and told me he was closing down the fund.”

“So I was like, ‘Ok, well…good luck on whatever you do next.’ I had no idea why he called to tell me he was shutting his fund.

“Then he said, ‘Well…where do I wire your money?’

“And he said, ‘Dave, since 1998 you were the only investor who held on and stayed all the way through to the end no matter what was happening.’

“I tell you, James, I didn’t even remember putting money in in 1998. I didn’t have any money. I must have put in just a small amount.

“That was 18 years ago. I had totally forgotten it.”

I was sitting there listening. I was thinking about 1998. I wish I had secretly put some money somewhere and then had completely forgotten about it.

My friend let that sink in. Imagine waking up tomorrow and … well, just imagine.

Dave laughed, “I totally had no clue. So I said to him, ‘Here’s my bank information. And he wired the money. I made two million dollars today.”

I was telling this story to another friend of mine later that day. Call him Ron.

Ron said, “Man, how do you get into the flow like that. How can I make two million like that?”

“Ron,” I said, “Think about it a second. He’s talking about an investment he made in 1998. We can deduce several things.”

Ron and I were having a coffee at 3 in the afternoon and, against my sworn beliefs, we were sitting at a table outdoors, enjoying the first truly warm day. I normally hate sitting outdoors.

“Ron, what were you doing in 1998? I was trying to do a TV show. Then I was writing novels. Then I was busy losing all of my money. Then I was going through a divorce and relationships and raising kids.

“This guy, who is the same age as us, has been doing nothing but putting himself in the flow of money. He’s worked really hard at this.

“You and I have been much more volatile. Sometimes in the flow, sometimes working against the flow. No judgment on it. We just made different choices.”

“I guess that’s right,” Ron said. But still, we were quiet for a few moments.

Because one thing that is kind of cool about the 2 million was the surprise of it for my friend.

Money doesn’t solve all of your problems. But it solves your money problems.

(Note: You can access my solution to money problems here.)

I was visiting Dave in his apartment when he was telling me this story.

After he told the story he had to rush to his room and change his clothes into a suit.

“This family I know [he names a famous wealthy real estate family in New York] is opening up a new building in South Street Seaport. You know the [he names a building that I had never heard of.]”

“No,” I said, still wondering why he would have to be in a suit since I know he has nothing to do with real estate. Wondering why he is even mentioning this.

“I told them I would show up at the building opening. I’ve got to go.” And he rushes out the door. I said I would close the door behind me.

Then I went from that coffee at Dave’s place to coffee with Ron.

Outdoors, watching the people go by. One person was very kind and stopped walking and said, “James Altucher! I love your podcast.”

Dave went from making $2 million in the morning, to making sure he wasn’t late for the opening of a building by one of the richest families in New York. He spent the rest of the day at the opening.

Maybe one day, that family would be involved in one of Dave’s deals. Maybe they were already in Dave’s deals.

Every day we make the choice of who we are. And the choices today turn into your biography tomorrow.

Ron and I watched the people walking back and forth. The sun was helping keep our coffee warm.

After a little bit, we got up to go and I paid the bill and he left the tip.

He went home to write. He has a deadline on a novel and he’s a bit nervous about it.

I walked over to Union Square and played chess with the hustlers there until it was dark and cold and everyone was shivering.

But we were all bantering and laughing and dropping the pieces while the day closed it’s curtain and turned into night.

If I must say, it was a really great day.