Finding Your Goal And Purpose In Life

When I was  twelve years old I had one purpose in life. I wanted to be a Colonel. And not just any colonel. I wanted to be an Honorary Colonel in the Kentucky State Militia. Just like my hero – Colonel Sanders. I had to start off slow – Kentucky was the glamor state to be a colonel of. First I started off with Mississippi. I called the governor, Cliff Finch, and interviewed him because for some reason that I still can’t figure out he was running in the primaries for President against another former Southern governor, incumbent President, Jimmy Carter.

Cliff Finch invited me down to Mississippi. His campaign and my dad split my air fare, about 60 dollars each. It was the first time I had ever been in a plane and I was scared. When I landed everything looked the same but people talked differently. It was a weird feeling. As if I had landed in an alternative universe. The main things I remember from that trip was getting the certificate that made me an honorary colonel of the state (I better get an 18 gun salute the next time I fly there!), presenting to Governor Finch how he would the “youth vote”, and a lot of people asking me what it was like to be Jewish.

Then I wrote to the governor of Alabama and I said my family was moving to Alabama, I had read everything about Alabama and I loved the state and now I wanted to be a colonel there. The governor there sent me back a huge certificate: James Altucher was now a lieutenant colonel in the Alabama State Militia. With Texas I became an honorary citizen. With North Carolina I became an “honorary tarheel”. But with Kentucky, I couldn’t crack the code. They knew how valuable their colonelship was. They needed references, background checks, etc. I was twelve years old and decided for the first of many times to quit while I was ahead. Still, if anyone wants to call me “Colonel” (MIssissippi) I’m totally fine with that.

Which brings me to an important point. Probably the most important person in Kentucky history is Harlan Sanders, the man himself, the colonel, the “inventor” of Kentucky Fried Chicken, one of the most successful franchise operations in history. Extra crispy kentucky fried chicken still has to be one of the best foods on the planet. You might get sick afterwards but who cares. Buddha says live in the now!

A lot of people say to me, “I’m 25 years old and still have no idea what my purpose in life should be.” When Colonel Sanders was 25 he still had yet to be a fireman, a street car conductor, a farmer, a steamboat operator, and finally he ran a service station where he sold chicken. The chicken was great and people love it  but he didn’t start making real money until he started franchising at the age of 65. That’s the age he was when he found his “purpose” in life.

I don’t like the word purpose. It implies that somewhere in the future I will find something that will make me happy. And until then I will be unhappy. People fool themselves into thinking that the currency of unhappiness will buy them happiness. That we have to “pay our dues”, go on some sort of ride, and then get dropped off at a big location called our “purpose” where now we can be happy.

It doesn’t work that way.

You can find the tools to be happy right now. I still don’t know what my purpose is. I’m afraid I will never know. That makes me very happy. Maybe I can have lots of adventures between today and the day I die. Maybe I can do lots of different things. And if I dont – if I die even tomorrow – that’s fine also. What does purpose mean when we are dead? We might as well choose to be happy now.

Other people who found success after changing many careers: Rodney Dangerfield didn’t succeed in comedy until his 40s. One of the funniest guys ever, he was an aluminum siding salesman. And then he had to start his own comedy club, Dangerfields, in order to actually perform as a comedian. He chose himself to succeed! But not until his 40s.

Ray Kroc was a milkshake salesman into his 50s. Then he stumbled onto a clean restaurant that served a good hamburger run by two brothers with the last name McDonald. He bought McDonalds when he was 52. 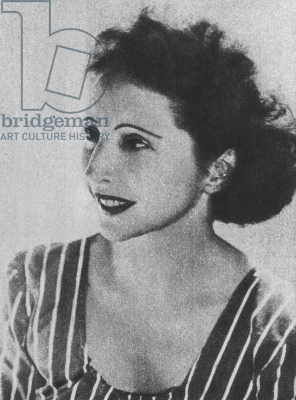 Raymond Chandler, the most successful noir novelist of all time, wrote his first novel at age 52. But he was young compared with Frank McCourt, who won the Pulitzer for his first novel, Angela’s Ashes, written when he was 66. And, of course, Julia Child was a young 50 when she wrote her first cookbook.

One of my favorite writers of all time: Stan Lee, created the entire universe for which he is known for: the Marvel Universe, when he was 44, inventing the characters Spiderman, The Fantastic Four, the Avengers, etc.

If you don’t like to kill people but still need a weapon, consider the Taser, invented by Jack Cover when he was 50. He didn’t sell a single one until he was 60.

If you like restaruant reviews you might have read Zagats. Started by Tim Zagat who quit his job as a lawyer in order to create the book of reviews when he was 51.

Harry Bernstein was a total failure when he wrote his best selling memoir, “The Invisible Wall”. His prior 40 (Forty!) novels had been rejected by publishers. When his memoir came out he was 93 years old. A quote from him: “If I had not lived until I was 90, I would not have been able to write this book,God knows what other potentials lurk in other people,if we could only keep them alive well into their 90.”

Peter Roget was a mediocre doctor who was finally forced to retire in his early 70s. But he became obsessed with words that have similar meanings. Was his “purpose” as a medical practitioner or as a guy who could play with words? Do you know him as a doctor or as the author of Roget’s Thesaurus which he wrote when he was 73.

When I was in college I ate Ramen noodles every day. One time in a grocery store a woman tried to tell me they were the worst thing I could eat. Really? Like worse than eating a brick, for instance? That was when I was 19. Now I’m 45. It didn’t hurt me that much that I ate Ramen noodles for an entire year because it was the only thing I could afford. If something costs 25 cents and has a few slivers of peas in it then its ok by me. Meanwhile, the inventor of Ramen noodles didn’t invent it until he was 48 years old. Thank god for him!

Charles Darwin was a little bit “off” by most standards. He liked to just collect plants and butterflies on remote islands in the Pacific. And then he wrote Origin of Species when he was 50.

To top it all off, Henry Ford was a failure at his first Model T car, invented when he was 45, because he didn’t yet have the productivity efficiencies of the assembly line, which he developed when he was 60.

This is not meant to be inspirational. You might never have your “great” thing that you do. I’m not even saying “it’s the journey that one should love”. Because some journeys are very painful. And nobody says you get special marks in death if you wrote a great novel at the age of 50. Or came up with a great chicken, or a way to stuff lots of people into factories.

I’ve stumbled and fallen and got up and survived enough that I’m sick of goals and purposes and journeys. I want to cut out the middleman. The journey. The desperation and despair that thinking of a “purpose” entails. It’s ok to not have a purpose.

The word “Gratitude” equals “Abundance”. If every day you can be grateful for even the small things abundant in your life than you have reached achievement. It’s a common myth that we have to “pay our dues”, sometimes for decades so we better start your…or else!

Unhappiness and stress are not the currencies of happiness.

Meanwhile, Harlan Sanders made such a great chicken that even though he had barely made a dime off of it (that would happen 15 years later), at the tender age of 45 the Governor of Kentucky made Sanders an honorary colonel.

Meanwhile, when I was 45 (I’m 46 now), I also became an honorary colonel of Kentucky. So there’s hope for anyone.