What the heck am I writing about here?

I wake up the other day and got a nice first email to start the day: 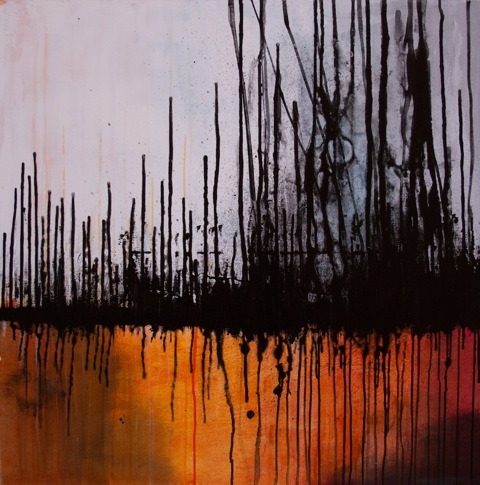 I wrote back, “thanks, it’s nice to start the day with an email like this.”

Then, like I almost always do, I checked out his website. I don’t make the assumption that everyone who is smart enough to reach out to me has a great website but I’m always curious. It takes a lot to send an email to a random person on the web whose material you like. I think it shows good character.

So it makes me curious what they do, how they exhibit their character on the web. And perhaps I can return the favor of the compliment.

So I went to benbanksart.com and I really liked a lot of the paintings. I have no eye for anything. I barely have an eye. But I’ve written about art before:  (See, “Is Burton Silverman Dead Yet”) or photographs (See “The Tooth”) or even more cartoonish stuff (See “The Ugliest Painting in my House”) and Ben’s paintings appealed to me as well and I wanted to find out more.

I wrote him that I liked the paintings and asked if he painted them (having some experience with forgery).

I sell mostly to people who I meet here in the Cannes and Monaco area. I have a atelier/gallery in Grasse. 3 expos so far, one coming up in London during Frieze Week in October, trying to get into the corporate art market.”

Back it up a second!

Now I was beginning to be envious. A theme of this blog since last October is “transformation” –  how we survive as humans through the travesties that wreck our ships and barely take us to shore. Life squashes us. It mashes our faces. It makes us do things that only the lowest prisoners would do. How do we survive that? Move on? Transform?

So, of course I had to know more, using my typical hard-edged interview style:

What made you even think you could paint? How did you start trying?”

“It was fun! Lots of woman, getting recognized, drugs, easy life, travel. Eventually though, I grew out of it and wanted more in my life.

I did get performance anxiety. Will this chick OD during the scene? Will my mother find out what I do? Is my dick big enough? Can they smell the scotch on my breath? Will there be meatloaf for lunch today? That sort of thing….

I knew a guy who was an artist who knew Pollock, Picasso, Clavé, and some other big painters.I sketched some things on a placemat in a restaurant in Nice, he looked at them,looked at me in the eye and said “You need to paint. You have a good eye.” A year later I picked up a canvas and paint and started on my living room floor. I just did it. I didn’t have the fear of not being good. My early work was cool , but I’m much better now I think.

It’s very nice here but I’d like to expand to larger markets like Berlin NY and London. I’ve sold 18 of my latest series of 35 paintings. They average around €1600 for I meter square size. Now I’m doing 2 meter x 1.5 meter paintings. I like large paintings and I think there is a market there for me and a chance to get recognized in a few years.” 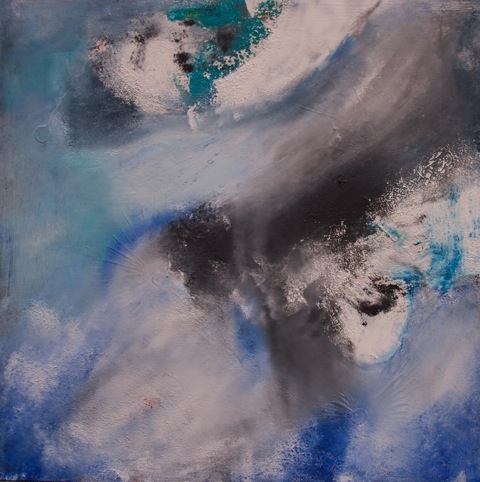 So, of course, this really did not answer nearly enough questions. So I went back for more. Below is the Q&A presented in interview format.

Sorry for the questions but I’m fascinated.

I was a production assistant on a movie where an actor didn’t show up. I volunteered to do the scene as we had yet to finish the film. My next role was 3 days later and the lead role in “The Sex Connection”. I did a pretty good impression of Chuck Woolery.

I met her thru some people I had met while vacationing in Cannes. She isn’t jealous but sometimes worries that someone might throw it in her face. But I’ve had no problems. People here don’t gawk. And the fact I have salt and pepper hair now throws people off….”Where do I know you from?”

Had you had prior training in painting or art? I think a lot of people would be inspired at such a drastic change in careers.

None whatsoever. I think art schools are for the unimaginative.

Why were you tired of the states?

Why do you have confidence there is a market for you? What separates out your paintings?

As in publishing, the art isn’t what sells. It’s the story behind it ( or the artist). I don’t I’m any better or worse than artists making a lot of money. They just have the right people buying their art.

What are you going to do today? What’s daily life like?

A far cry from waking at 10am to go to the set and fuck 2 eighteen year old girls in the ass for a thousand bucks. But I’m happier because I’m doing what I like and no one can tell me I can’t.

After years of routine, when we start to realize the horror that is happened to us, the gaps that were once filled with reverie get filled first with melancholy, then depression, then worse. In those moments, a person has to gather his life up, his years, and make sure he can keep going further, because the life gathered up seems too heavy to go further with the little vitality he has left…the lousy bit of poetry that once filled his soul that has now diminished. The challenge is to take that poetry and make a poem. Ben Banks has done that. I hope I can do it.

P.S. If you have any questions for Banks / St. Croix, ask them in the comments and I bet he’ll answer.