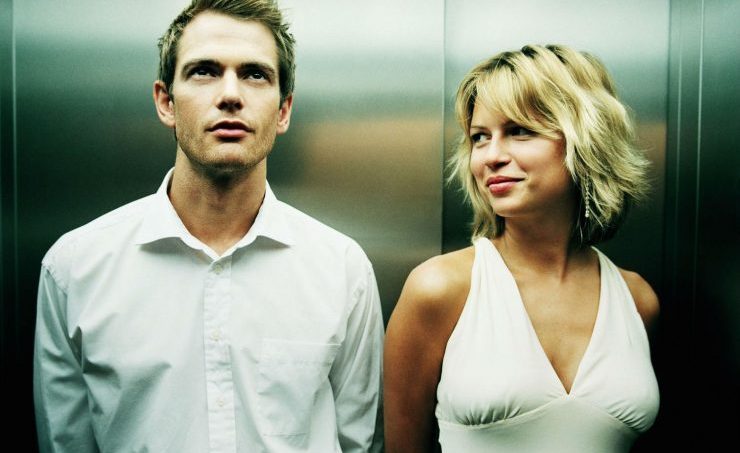 I had to get over 100 prostitutes to like me in five seconds or less.

I didn’t do this because I wanted to sleep with them. I did it because it was my job.

For about 2.5 years I had a job that I created for myself. I had to interview people at three in the morning on a Wednesday night and find out what they were up to.

If someone is out at three in the morning on a Wednesday night, there is usually a reason. And usually not a good reason.

I left. And when I walked outside I was surprised how vibrant and exciting three in the morning was.

I wanted to find out what was going on. I wanted to talk to all the interesting people.

But I was too shy. I couldn’t do it. I could only watch. So I made it my job.

I pitched a web show “III:am” about what goes on at three in the morning. 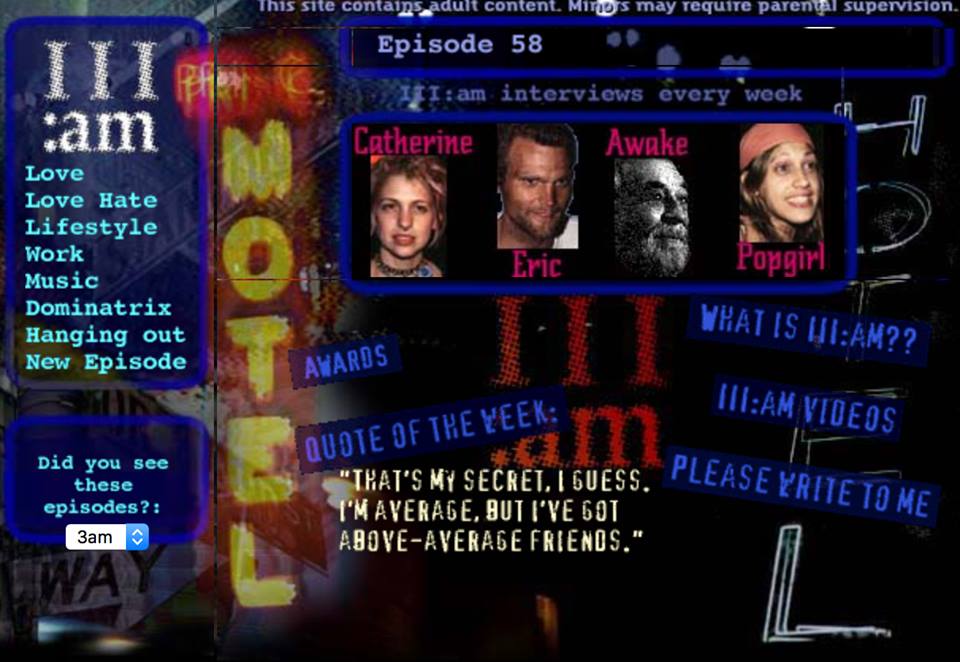 Every week I’d take the top four interviews and put them on the “world wide web”.

One thing was always true: NOBODY wanted to talk to a random stranger like me at three in the morning.

And I was scared and shy every time we started.

Here’s what I did:

People are constipated with facts.

They are relieved to get rid of those facts. Ask them. “Why are you crying?” or (to a drug dealer) “What are people buying tonight?”

Get specific. Nobody wants: “How is the weather?”

Everyone wants to vomit their facts if you ask the right question.

Smiling is the best way to let them know you like them. And be genuine about it. Fake smiles are creepy.

If someone says, “I wasn’t always using crack. But now I’m just looking for a place to live” ask them when they started using crack.

Why do they like it? Do they plan on stopping? Where do they usually sleep and how come they can’t just go back there?

Every time someone says anything, it’s the clothing that covers a gold secret. Dig until you find that secret because that’s the gold.

SHUT DOWN YOUR BRAIN.

Your brain doesn’t want to talk to strangers. It wants comfort. It wants you to be safe.

We have the same genes now that we had 40,000 years ago. Talking to someone outside your tribe might have gotten you killed.

Hence, your brain will scream and shout and freeze you and cause you actual physical pain if you want to talk to someone new.

Curiosity somehow bypasses the brain. So if I see, for instance, two people arguing, I’ll focus on the curiosity instead of the pain that SPIKES as I start to approach them.

Sometimes I lie in the sidewalk near where I am staying and I ask people for money as they pass. I don’t want my kids to know this.

99% of the people ignore me and walk right past me. I do this to practice talking in uncomfortable situations.

I shouldn’t do this. There’s crap and pee on the sidewalk when I lie down. But if you stand straight and dress nice and smile, people will at least stop.

They will wonder if you are an opportunity for them. Be one.

EVERYONE HAS IT HARD.

I watched an interview show the other day. A famous newscaster was on the street interviewing people.

Sometimes she’d look at the camera and make a face because she hated who she was interviewing. I thought this was nasty.

From the moment our feet finally leave the inside of our mother’s womb, until the day we die, life is a battle.

Respect everyone’s battles. Respect that everyone has it hard, or harder, than you do.

Don’t fake sympathy or sincerity. People can smell that.

One time I was interviewing a transvestite prostitute. She told me her parents had been in jail since she was a kid.

She got into trouble when she was young and was raped in every juvenile detention center she was in until she was so hopelessly confused as to her sexuality that she didn’t know if she was a man or a woman.

And now that she is halfway in between, she was afraid to walk around during the day and have people stare at her.

I had no way to relate to her at all. My life seemed stupid. But I guess I felt like I was often an outsider. So I asked her about that.

So she talked and talked. Finally someone to talk to.

I do a podcast. I’ve interviewed hundreds of people. But the one hour I get to spend with that person is the only time I will EVER get to talk to them.

And they often have their canned answers. You HAVE to interrupt.

I tell them in advance, “I’m sorry but if I get insanely curious about something you say, is it ok if I interrupt?”

People always say yes. When Tony Robbins says, “And then Bill Clinton called me and…”

“Wait a second! Why is Bill Clinton calling you?”

I will never ever again get a chance to ask that. So interrupt and ask when your curiosity pushes you.

People write me and say, “Let your guest finish!”

No! I have to interrupt. I’m stupid and if I don’t understand NOW, I will never ever get the chance to understand.

Oh, and you can subscribe to my podcast here so you don’t miss an episode.

I give lots of talks. I want people in the audience to like me. I also used to go on lots of dates. I wanted my date to like me. Or if I’m selling something, I want the potential customer to like me.

Arguably, all of the above is “me selling to a customer”.

Here’s what I do every time: watch standup comedy for several hours beforehand.

This seems lame but it works. We each have mirror neurons. This means we can learn by watching.

If I watch standup comedy I won’t be a standup comedian but I can talk better, I can be a little funnier, I can do more things with my voice and face, I’m more at ease.

This works every time and is my biggest crutch.

Someone once told me, “that’s not how mirror neurons work”.

This seems like a cliche. Not because it’s so easy, but it’s so easy to say and so hard to do.

How do I be myself? I don’t know. I am not so self-aware.

I assume I’m always the dumbest person in the room. Somehow that makes it easier to be myself.

We’re all on this journey together. And it’s such a pleasure to find someone, for even just a minute, to hold hands with and kiss.

You might also enjoy: How to be THE LUCKIEST GUY ON THE PLANET in 4 Easy Steps