Why I Am Going On An 'Attention Diet' 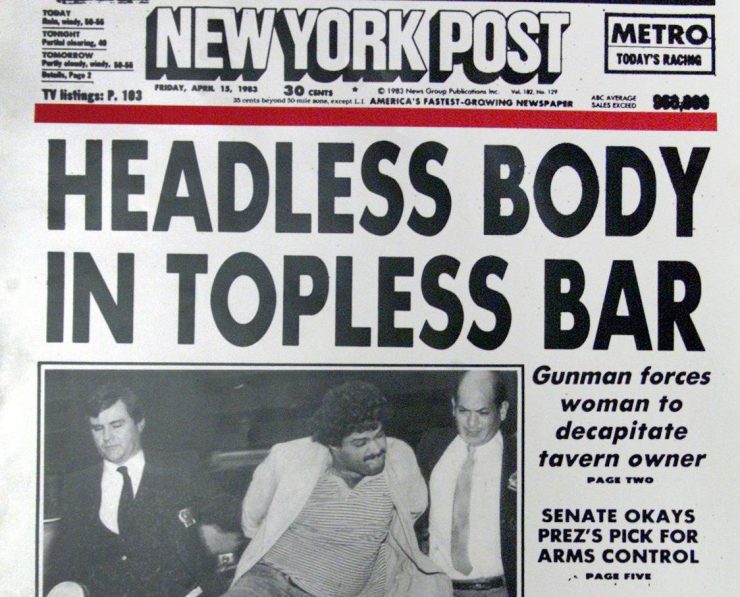 I used to get panic attacks and be unable to function.

If I’m dating someone and they don’t call me back, I cry and assume it’s over.

If someone who has power over me (money, jobs, opportunity) calls me on a Friday afternoon and just says, “we have to talk” and then I call back and a voicemail says, “XYZ is out of the office until Monday” then I am in a state of panic.

The news scares me.

Someone accidentally got onto my feed. He said, “Illegal immigrants are taking our best jobs.”

I go into a panic.

The best way to get smarter is to find people of differing opinions and listen to them.

I am pro-choice. I listen to people who are pro-life.

I am anti-war. I listen to people who are pro-war.

I don’t want my kids to go to college. I listen to people where their college experience is the best thing that ever happened to them.

Sometimes my mind changes. Sometimes people end up not liking me. This stresses me out.

I was talking to Mark Manson yesterday. He wrote the book, “The Subtle Art of Not Giving a F*ck.

He mentioned to me the concept of going on an “Attention Diet”.

I agree with this because I feel like I have been mostly on this for the past five or six years.

A) I never watch the news.

B) I never read a newspaper or a magazine.

D) I never go to the Twitter home page.

E) I get my news from books.

F) I don’t talk about North Korea or Trump or sports or what someone said when and to who and why.

G) If someone says, “Can you believe what is happening?” I always say, “Yes” and then don’t listen after that.

H) If someone wants to pitch me an idea, I ignore it.

I) If someone wants to meet me for coffee because “I’m sure you’d enjoy it”, I ignore.

J) If someone gives me advice about finance, comedy, writing, economics, I ignore it.

K) If someone disagrees with me I’ll ignore UNLESS, I know them AND it’s face to face. Only 10% of communication is verbal.

No. I’ll never be uninformed.

Here’s how a news room works (and I’ve been in plenty): the editor says, “Ok, who has something scary for today?”

And then they try to scare people.

Nobody mentions that 20 veterans commit suicide every single day. Instead, someone will talk about some Saudi prince going to jail or one outbreak of Zika or…a shark attack.

Nobody mentions that lifespans are at an all time high. Instead, Michelle Wolf (who I did watch) mentioned something about someone’s makeup.

And then the news is wrong or out of date one day later.

If you read quality books, then you understand the forces that shape the world, you can communicate it, you can see the real facts that are shaping up over time.

You also learn how to live life better because you borrow the best features from the best authors.

One stone dropping in the middle of the ocean, will send waves to every shore.

B) “Shouldn’t you be aware of what’s happening in your own country so you can create impact?”

Instead of doing that I can help the five or six homeless people who live within a block of me.

I can find senior citizens who are lonely and sit with them.

I can read to a blind person.

I can make people laugh.

Having impact on the things immediately around me is the best way to create impact.

C) Why would you ignore people’s ideas? Don’t you encourage people to have ideas?

Yes. I try to write down ten ideas every day. I’ve been doing this since 2002.

And I share those ideas when I need to. If I have ten ideas for McDonald’s, I’ll find some way to share them with someone at McDonald’s.

Will they be good ideas? Probably not.

Which is why usually nobody should listen to my ideas. And I’ve been practicing come up with good ideas for 16 years. So I’d rather work on my own creativity than listen to someone else’s probably bad idea.

I’ll listen to advice. Just not about things I know more than the other person about. Chances are they will just waste my time.

If someone is better than me at investing, I will always listen.

But most people are just pundits who spew opinions from their air-conditioned comfortable homes. They type them out on Facebook. They get angry when someone responds. They fight back on Facebook.

They have nothing at risk. To have an opinion, you have to have both risk and reward.

I saw someone wrote, “I lost my faith in Humanity” when her Harvard educated friend (she went to Brown) disagreed with her about something on Facebook.

Really? Malala was shot in the face on a school bus a few years ago. That wasn’t enough to make you lose your faith in humanity?

It had to go this far! Your ex-boyfriend from Harvard said something about the White House Correspondent’s Dinner and now you’ve lost your faith in humanity. That was what tipped you over the edge. Humanity is over!

I wasted a good fifteen minutes. Live today for tomorrow you may Diet.

So now I’ll start my Attention Diet again. After I write this post so you can read it.