When The Going Gets Weird, The Weird Gets Going 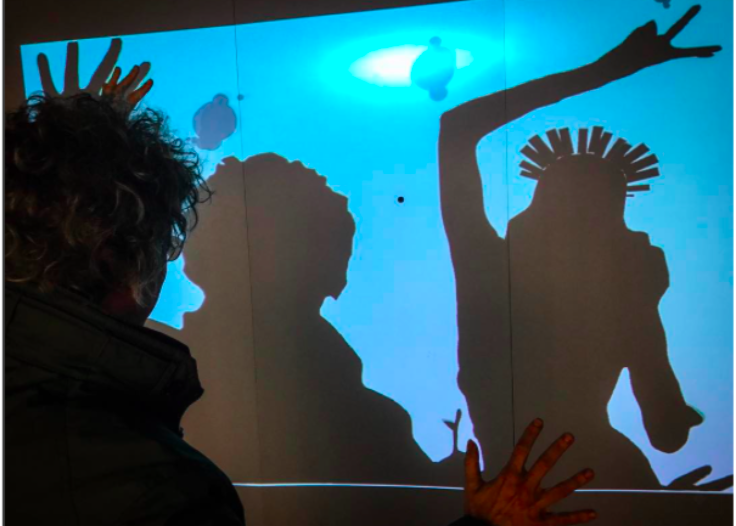 The worst you can do is try to compete with the other seven billion people on this planet.

Most of them are better than me at just about everything. There is nothing in this world I can say, “See! I’m the best!”

We live in a standardized world filled with people who are trained to be carbon copies of each other.

We go to the same schools, have, for the most part, the same sorts of dreams, take the same jobs, live in similar houses, have the same goals, strive for similar achievements.

This is not necessarily a bad thing. When I was a kid I wanted to be accepted. I wanted to not have acne or braces or glasses or wild hair or be so clumsy I was never picked for “the team”.

I wanted to fit in. I wanted my parents to be proud of me, girls to like me, and my friends to think I was a leader.

I tried very hard to be a good student (I was thrown out), then to get a good job (I was fired), a pretty wife (I got divorced), make a lot of money (I lost it all the first several times I made some).

I tried to be normal and I failed. Believe me, I wish I could succeed at being normal.

[ RELATED READING: 10 THINGS YOU HAVE TO DO IF YOU WERE FIRED YESTERDAY ]

Steve Jobs was weird. He made a phone with one button.

Mark Zuckerberg was weird. He made the first social network where you were forced to reveal your identity.

Sara Blakely was weird. She made the fist new kind of underwear in over 100 years.

Tony Robbins very weird. Just watch my podcast with him.

Louis CK is weird. He asks, “What is the worst thing I can say on national TV?” and then he says worst than that.

JK Rowling is weird. She was divorced and broke and started a book about a boy who lived in a closet rather than get a job.

Mike Massimino is weird. In order to become an astronaut he became one of the first people in history to spend two years figuring out how to correct his vision without devices.

Brian Koppelman is weird. He doesn’t “write what he knows”. He only writes “what fascinates me”. So he wrote “Rounders”, “Billions: and many more.

Elon Musk is pretty weird. He gets an idea (“let’s put a chip in the brain that can connect to the internet”) and then starts a company (Neuralink).

Isaac Newton was weird (“the rate of change of her love for me seems to be decreasing even if our love is going up” = the beginnings of calculus).

At one point, like it often does, it all falls apart and you are faced with the fact (the reality) that the tribe might abandon you.

I was on a first name basis with my IRS agent. She was beautiful and I asked her to the movies when I was in big trouble. But just like the IRS, she just wanted money from me.

After thirty years of trying to fit in, I was now on the outside of the tribe.

When you are the Omega male there is no more use for you. You lie on the fringe of the tribe.

The lion will eat you first.

I was once the #1 Google search result for “I Want to Die”.

For the first time ever Google manually changed their algorithm so that “the National Suicide Hotline” would come ahead of me.

If you shoot yourself in the head, there’s a good chance you might blow out both your eyes, half your face, and still live.

If you take pills, you might have a stroke and wake up “locked in” with severe brain damage.

If you jump off a bridge, you might break all your bones and remain paralyzed for life.

I tried meditation, it didn’t help. I tried medication, it made me gain weight and I stopped having sex for a year. I tried AA, DA groups, BoDA groups, SLAA, GA groups, and none of them helped.

I tried throwing a coconut on an empty street at midnight at the suggestion of a psychic.

You can’t love yourself before you DO things worth loving.

This is when the weird get going.

I needed a reason to get out of bed that had nothing to do with me. Because my own reasons for getting out of bed were now hopeless and useless.

Every day I asked the question: how can I be useful to at least one other person besides me?

HOW CAN I BE USEFUL?

I’d list people I wanted to help. Even if they didn’t know me. Then I’d list ideas that could help them.

I did it 15 years ago. I did it this morning. I’ll do it tomorrow. I don’t break the chain.

Here sir, try these ideas please!? You don’t need to call me.

Sometimes it was another business. Here…here are ideas for how your business can be better. You can thank me later…or perhaps never.

Here sir, here are ten ideas for articles you can write, or ideas for how your business can thrive, or how you can make more money.

I went to a charity once a week and I volunteered. It made me forget myself.

I started a book that would help people. I never finished it but at least I worked on it a little bit every day. The book was, “How to beat your friends at every game in the universe”.

For instance, in Scrabble, know the “Q” without “U” words. In Monopoly, understand why the Orange properties are the best to own.

I had ideas for books I could write and one of them was eventually published. Then another. Then another. My first ten books were bad. Then I started to get good.

But I celebrated the small successes along the way.

You have to be stupid enough to celebrate the times when you DID, even if you did not do the best.

I am not good enough to compete with 7 billion other people on the planet.

If you think of a new way to help people, you no longer have to compete with 7 billion other people.

The weird get going. The weird DO things because they are too stupid to realize that most things end in disaster.

Today I have an idea for my podcast. It’s probably stupid. It’s weird.

I have an idea for another book. I have another idea for the businesses I’m involved in. Or online courses I can make that I hope can help people.

I have an idea for new jokes because for some reason I’m stupid enough to get on stage once a week and try to do standup comedy.

I have an idea for a friend of where I can make a book out on an online course he did. I hope he lets me do it.

Again, most ideas are bad ideas. Most DO-ings are bad things to DO. Most weird things are just weird.

How can A, B, or C be done different? What new skill can I get better at?

How can I play today? And who will I play with?

It starts with the question, “How can I help?” And then, “Have they thought about this before?”

And then, “Will this be fun to do?” Because otherwise you waste another day not having fun.

And then I try to list the things nobody has ever done before.

[painting is via Charlie Hoehn. Painting is done by Elise Andréa.] 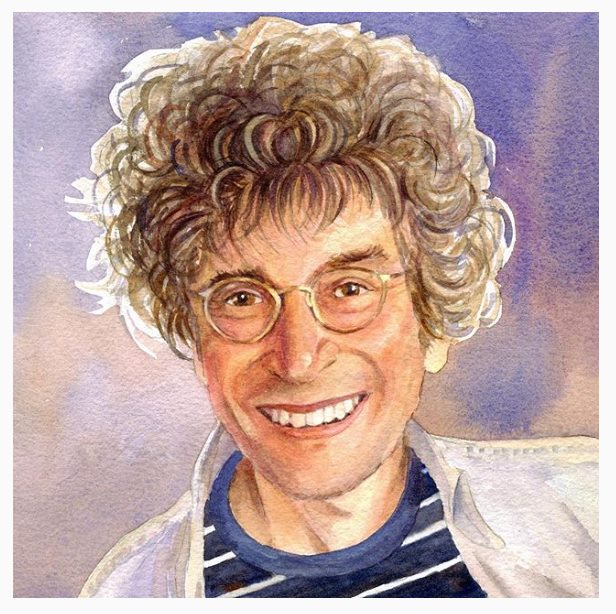