10 Things I Do To Guarantee Failure For Myself and Others 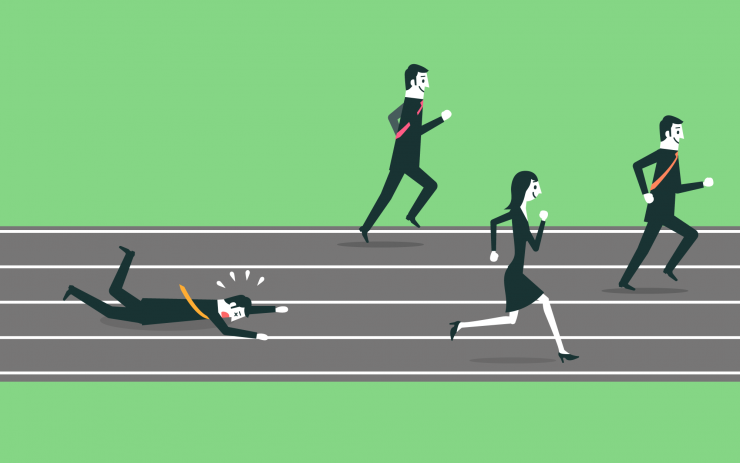 A) DATE SOMEONE WHO IS DATING SOMEONE ELSE

They are not trustworthy, which means I become untrustworthy.

They won’t be able to end it with the other person as easily as they say they will.

What goes around comes around.

B) SPEND TIME WITH TOXIC PEOPLE

Then I find I get tired and sick and I fail.

When I spend time with people who lose money, I lose even more money.

When I spend time with people who gossip, people end up gossiping about me.

If someone borrows money from others and doesn’t return it, then they will do the same to you.

If someone spends time with other toxic people, then you are indirectly spending time with those toxic people because you will get the virus through your friend.

C) I GIVE ADVICE

Nobody wants my advice. Nobody listens anyway. And they shouldn’t.

I like to tell a story instead. THIS is what happened to me. I hung around with people who I knew I shouldn’t and then I lost a ton of money.

A short story about love, lust, greed, envy, and me.

That’s not advice. It’s a story. People can take what they want from it.

Another story: I dated someone who drank at least five to ten glasses of wine every day.

We started getting more serious. I thought she would stop.

Soon, I was drinking a lot every day. We’d get into huge arguments. I’d oversleep. I missed important meetings. I lost friends.

So I can’t say: “don’t hang out with bad people” because I did it many times and always thought the result would be different.

But I can tell the story of what happened to me and you can decide whether or not to follow.

Else, don’t listen to my advice.

D) UNDER PROMISE AND OVER DELIVER

People tell me proudly, “I under promise and over deliver”.

Under-promising is another word for “lying”.

This happened: “It can get done in two months”. And then they finished it in one month. I was not impressed.

Instead, I was disappointed for an entire month. And I mis-planned everything.

Whenever I had a client in my old business I’d first “over promise” and they would act with surprise: “Really?” and because of that they’d hire me.

And THEN I’d over deliver. Gives me two chances to amaze them and then they are a client for life.

And I’d surprise them with the truth.

The gift of truth is rare. People will treasure it and try to return that gift.

I try to do this in every area of my life.

Sometimes it doesn’t work but I try.

E) LIVE YOUR LIFE LIKE IT’S YOUR LAST DAY

What does that even mean?

Does it mean you should party with crack and hookers all day long? Or does it mean “don’t worry about the future”?

I have two kids. I have to think about the future. And crack doesn’t seem like fun. And I’d rather be with someone I love.

I try to do this instead: live life like it’s everyone else’s last day.

Then you learn to treat everyone with the highest respect. They are dying tomorrow!

So the odds are on my side. I will live forever. Unless something weird happens. Like dying.

F) I OUTSOURCE MY SELF-ESTEEM

I outsource almost everything else, why not my self-esteem?

I went out with a girl and I was always afraid she was going to fall out of “like” with me. I did everything I could to please her, even if it was making me unhappy.

She liked me initially because I was confident and funny.

But then I gave her my self-esteem. I said, “here it is”. And then she put me in her closet and shut me down until she needed me.

It was hard enough for her to handle her own self-esteem, let alone mine as well.

So we were both miserable until she finally broke up with me. And then my self-esteem was crushed even more. It took a long time to get it back. Maybe I never got it back.

But I won’t do it again.

You can quit your job, you can quit a relationship, a career, a family, an organization, whatever.

Those things matter…but never as much as I initially thought (other than kids).

But one time I made a lot of money and I decided somehow, “ok, I did it! I don’t have to keep improving as a human being.”

And I lost track of all the things that were important in my life up until that moment. So I quit trying to improve:

EMOTIONAL: Be around good people who love you and you love

SPIRITUAL: Always have beginner’s mind in a world filled with experts.

No growth = No life.

[ RELATED READING: How To Be The LUCKIEST GUY ON THE PLANET in 4 Easy Steps ]

You can listen. You can file away the story. You can think about it.

They are only telling you their dreams.

And then I get frustrated with their answers.

It turns out I was only asking them because I wanted validation for what I knew deep down was the decision I wanted to make. I never really cared about their advice.

My own dreams are deep inside, my secret wishes since I was a little boy. I can tell when I am moving in the right direction.

Plus, nobody follows advice anyway (as said above).

It’s none of my business.

Words have value. “In the beginning was the WORD”.

When you gossip, you increase the supply of your words and reduce the demand for them.

Increase in Supply + decrease in Demand = Each word you say has Less and Less Value.

And then less people listen to me. And life gets worse. And I become unhappy.

Whenever I say anything bad about anyone else, they eventually find out anyway. And my life turns miserable.

This happens 100% of the time when I gossip.

And whenever I say something good about someone else, I turn out to be wrong.

So now I just sit there and listen. And when other people stop to gossip I leave.

Every word someone says is the tip of the iceberg.

Underneath that word are thoughts, fears, emotions.

Underneath those emotions is history and experiences. A single word is the final outcome of all of that history.

There’s always a good reason and a real reason.

When my daughter says she wants to study in the library, that’s a great reason.

The real reason is there might be boys in the library.

When someone says, “We need to hire this guy. He’s got A, B, C skills” that’s a great reason.

The real reason is they might be married to each other’s cousins. Who knows.

The real reason might not be bad. But there’s ALWAYS a real reason that’s different than the good reason.

My job is to find out what.

Don’t listen to anything I say.

Life is an experiment. That’s the beauty of all of this. We’re all scientists in this giant laboratory.

Our life is a list of the experiments we try, the discoveries we make, the failures we encounter along the way to greater successes and rewards.

And the way to DO is to experiment and see what sets your heart on fire.

Sometimes I do these things. And then I fail. And then I learn (I hope). I feed the fire. The fire sends its light into the air, letting me see the entire world around me with clear eyes.