What Happens When You Decide To Change 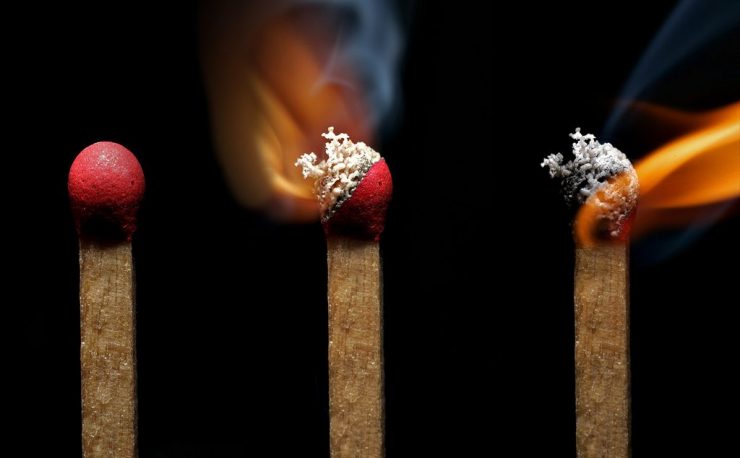 Why do people hate you? I’ll just give you some examples.

A) They hate your new opinions

I wrote my opinion on why kids should not go to college.

How I think college is a waste of four years, a waste of a ton of money, and there are so many more exciting things to do in today’s day and age.

This is just an opinion. If opinions were laws then we’d all be dead by now. I tell people, do what you want, this is just my opinion.

My own daughters are grappling with their decisions about college. I will offer them good alternatives. But still, they will be adults. So we’ll see.

But one friend of mine, who went to an Ivy League school, has a great job, and won the Pulitzer Prize, stopped speaking to me.

Her last message to me was when she got her job – “I never would have gotten this job if I didn’t go to X”.

Which is true. The job she has is known for hiring people from high-end schools. Whether or not this is a good or bad thing, I have no opinion.

But I loved her. And she stopped talking to me and I miss her.

2. I wrote an article where I stated I could never justify sending my two daughters to a war.

There are no conditions at all where I would send my daughters to war. Zero.

One friend of mine stopped speaking to me. We had been close friends for 23 years. We had worked together. We had really been in the trenches together. If we were in the same town, we’d live together.

I noticed he had stopped speaking to me. So I called him. “Hey, what’s up?”

He said, “You’re for slavery. I can’t speak to you anymore.”

I said, “What!? Why would you say that. Of course I am not for slavery.”

I said, “That is ridiculous. Instead of not speaking to me, why didn’t you just call me and ask me if I want you to be a slave. Or better yet, why not just assume after 20 years of knowing me that I would not approve of slavery.”

“But what about the Civil War. Read X, Y, and Z.” He named various history books.

I said, “I promise to read the books. But I still would never send my daughters to a war. I would go to the war instead of them. But little kids, and anyone under the age of 25 is a little kid, should not shoot at other little kids. They are innocents.”

3.  I’ve even had death threats because…I wrote a book.

In my book I write about things I see happening today…about a paradigm shift in America, and some people can’t handle it.

I’ve had many people who can’t handle these dramatic changes tell me I don’t know what I’m talking about.  And then, death threats.

Usually these people are frustrated because they’ve spent so much time and money following a dream that simply no longer exists.

As I see it, America’s institutions are desperate and broke. They are doing whatever they can to pay their employees less money.

But on the bright side, they are also losing their power to make choices over you. They have much less say about where you work. What you do. Who gets money for a business. Whose ideas get heard or published.

The world is changing very fast and for many it’s scary.

I was terrified too.

I haven’t had a traditional job or a fixed salary in nearly a decade, and I’ve found dozens of ways to make extraordinary amounts of money, doing things I love.

Here’s something I struggle with though.  Even though I have found success I don’t like to talk about it that much.

Which brings me to my next point…

B) They hate your success

Presumably when you go on the path of change, you are attempting to improve yourself in various ways.

Michelangelo says about his great sculpture “David”: Every block of stone has a sculpture in it and it is the job of the sculptor to find it.

When we are adults, we are like that block. We have to chip away at the programming of our parents, peers, education, government, cultural inhibitions – everything that told we were “not good enough.”

The sculpture inside is the real you. The authentic you.

If you take any successful habit, and simply practice that habit for a few minutes a day, you will change. You will become more successful.

You can try and see. Let’s pick a random habit. Hmmm…. do an act of kindness each day. Or be grateful each day.

As one reporter said to me, “Don’t these things seem trivial?”

The reporter seemed disappointed. As if wisdom should have complexity.

The whole idea of wisdom (I suspect) is that the simpler the better.

In any case, try that habit every day for a month. 100% chance you will feel more content in your life, and chances are the results will be more success.

Here’s another trivial one: write down ten ideas a day to improve your idea muscle.

You will spend your day figuring out how to execute it. And you will think of more ideas and reach out to more people and your life will be scattered with moments of immense well-being as you pursue this dream.

My point is: I did this and then it worked and there are always people who enjoyed your failure, but can’t stand to see you in a different phase of life.

It’s like someone who likes you with long hair but refuses to talk to you if you shave your head.

By the way, it’s not the neighbor down the street who hates you for success. They couldn’t care less.

It’s often your closest family members, friends, colleagues, professors, and so on. Not all of them. Some of them.

They will latch onto one wrong thing you do and say, “I never want to deal with you again.”

99.99% of people are what I call “civilians”. They live the civilian life. I have no complaints against them. Often I am jealous of them.

They go to work. They have their families. They argue politics or sports of whatever. Sometimes heatedly.

They live the lives that would make their families and colleagues and schools and governments proud.

We didn’t evolve into standardization.

We were forced there by the demands of both the industrial revolution (which required factory workers to be assimilated into the same replaceable humans) and the machines of war, which require everyone to march in place to the melodies of John Phillip Sousa.

Once you remove yourself from this standardization, you are not a civilian anymore.

You are an explorer. A wanderer.

The explorer can fail. The wanderer can get lost. The exile can get lonely.

But the world suddenly becomes much larger. The comfort zone expands into the much bigger curiosity zone.

And the people who are no longer civilians turn out to be a much bigger group than you thought. And you will embrace them and say, “I feel good to be here.”

But it’s not really about change. And it’s not about finding who you really are. It’s about getting more lost than ever.