He Was Cheating On Her

He was cheating on her. He showed me his latest phone. This was a few years ago, before every phone was casually surfing the Internet. He said, “check it out, it has a browser”. So I took the phone, and not knowing what I was doing, I hit the button that was for “History”. His entire browsing history was for “Adult Friend Finder”. Checking out profiles, responding to them, checking messages, and so on. The full history.

AdultFriendFinder is the site married people use to cheat on each other. It’s also a site where married men pick up prostitutes who advertise there. His wife was one of my closest friends, as was he. We had all worked together, played together, hung out for many years. 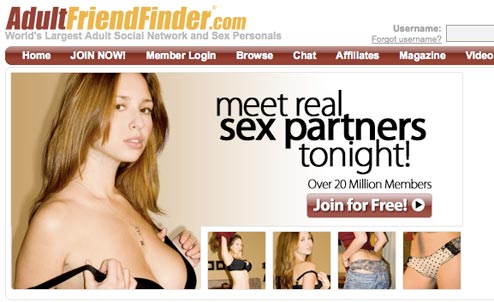 I gave him the phone back. “Nice phone,” I said. “I should get one of those”. He took it and maybe realized what I had just seen as he went in the other room with it while I spoke with his wife, one of my best friends.

I didn’t say anything to her. None of my business. You can say, “well, what if she gets a disease?” My answer: she would’ve already gotten it. There are many things one doesn’t know in a relationship between two people:

C)      I had no idea if she was cheating as well. And it was none of my business to try and find out.

D)     They clearly had some issues in their relationship (no judging: I’m not saying they are good or bad issues) but the last thing they needed (my assumption) was me in the middle of those issues, or perhaps even causing issues.

E)      Perhaps he was an addict of sorts and he was working on getting better. Or not. Again, none of my business. I could talk to him separately about it but, the flip side is, if he felt he was having a problem he could also talk to me (or better people) about his problem. There are many outlets for people to talk about their addictions. I’ve dealt with my share of addictions. When I was neck deep in them the only people I would talk to about them were…well, nobody.

F)      The loss of money, the death of a loved one, and betrayal by a loved on are among the hardest feelings I’ve ever had to deal with. Why would I then endeavor to cause one of those feelings by someone I loved.

I don’t know if I did the right thing. Years later she found out anyway. They are still together. Their child is growing up into a healthy young person.  My friend tried to talk to me about it once and I expressed sympathy and was silent while she spoke. I just wanted her to know she had an ear that would listen to her.

Nobody is free from guilt. Nobody can be judged. We each try to make our way through the world. We fall in love for the wrong reasons and only realize too late. Perhaps we are escaping one situation only to jump into another. Perhaps we are addicted to drama and the intrigues around romantic love provide plenty of material for drama after drama. A series that never ends unless we learn to turn off the TV and sit quietly.

I look back at where I have failed, where I have caused too much drama: with money, with relationships, with family, with friendships, with business partners. Each year I think I build a better and better bullshit detector, so I can avoid these situations. But each year I find more ways that my bullshit detector needs to be tweaked. Just last week I got bullshitted again, twice, but I caught both in time before they caused real damage.

I’m never going to get it completely right.  That’s the nature of the beast. Life is a contagious disease that adapts year after year to all of the antibiotics we use to try and kill it. But life continues to spring from our hearts.

The best bullshit detector is silence. It’s accepting what you have, what you have chosen to have, this very moment, because you wouldn’t be here if you hadn’t chosen every step along the way. If you stop responding to the fleeting misery that surrounds us, stop fighting it, debating it, regretting it, analyzing it, arguing with it, and instead listen to the permanent empty spaces that lie in between, you’ll find the real love you were looking for. It’s everything you hoped it would be.