Helping Yourself With Psycho-Cosmic Power

I just bought the hardcover version of “Helping Yourself with Psycho Cosmic Power” from Al G Manning. The book was written in 1969. I paid $5.50. The paperback version (used) is going for $95. The last time I read this book I was 12 years old. I bought the book for sentimental reasons.  I described in another post I wanted to use the powers described to either see girls naked or maybe even force girls to go out with me by using mind control.

Here’s the technique he describes. I remember this from 31 years later. That’s how strong my desire was at the age of 11 or 12 to use the power of my mind to force girls to take their clothes off in front of me. Sit down, back straight. Take five very deep breaths. Then say (you can say it in your head) “OM” for 20-30 minutes while your eyes are closed and you are looking at the area between your eyes, which will often swirl with color. Do this for three weeks straight and you will be blessed with Psycho Cosmic Power.

So what will supposedly happen in three weeks? He has various “testimonials” from around the country. The first thing you will notice is that you can change traffic lights at will from red to green. One testimonial describes a guy (“Edward H, from Elmira”) who was caught by the police doing this. But then the guy described to the police officer how he was using Psycho Cosmic Power and the police officer politely thanked him and let him on his way. Another guy (“Warren D”) found that his weekly paycheck went from $75 to “$1200!” and then he quit his job to “devote himself to spiritual studies”.

Another woman supposedly got a guy to call her back after she used psychic mind control on him. And, of course, there was astral projection, which was the key reason I bought the book. I didn’t really need the ESP part. When you look at a person you can usually tell what they think about you, and it’s usually not very good.

I hid the book from my parents. I didn’t want them to think I was deviating (or becoming a deviant) from Judaism. And I went to sleep very early (8pm) and woke up very early (I set my alarm for 4:50am) so I could do my 15 minutes twice a day. I would do the technique while lying down so nobody would notice anything. My dad would peek in at me. In retrospect maybe he thought I was masturbating and that’s why I would go to sleep at 8pm to lie down flat on my bed. Little did he know I was getting the ability to crush him with the force of my mind and crush everything else in the universe.

In another book (“Helping Yourself with White Witchcraft” !) Al Manning suggests also using incense so I did. When my grandmother later found that incense it caused a big fuss. Was I smoking something! What the hell was this? My parents wanted me tested for drugs. Somebody was crying. Either my grandmother or my mother. The woman cleaning our house that day, a god fearing religious woman, had turned me in. “I’m sorry,” she said to me, “but it’s no good what you’re doing.” I was in big trouble.

Gradually, (it took about three years), I thanksfully lost interest in the Psycho Cosmic Power technique and all things related to it (other than a digression with the Satanic Bible, described in a future post). I got interested in dungeons and dragons, breakdancing, computers, music, chess. [See. “how being a sore loser can make you rich or crazy“]  I hopelessly fell into the vortex of lusting after any girl with two arms and two legs. Heck, even that part probably didn’t matter to me. Give me anything.

We had an enormously obese house cleaner come a few times a week to watch over me and my sister and clean the house. She told me once how she had sex with a lawyer after a party and now she was afraid to call him. Every day she asked me if she should call him. She was about 30 and I was maybe 13 or 14. I once nervously hinted she should get back at the lawyer by maybe having sex with someone much younger. But she changed the subject. 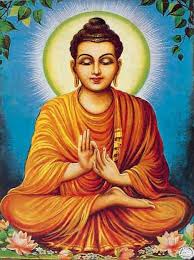 I now look back at Manning’s technique and realize it’s not overly different from many yoga or Buddhist techniques described for meditation. He just did his own repackaging for the masses and I don’t blame him. He basically said, “meditate for 15 minutes twice a day, and then ask for what you want from the Universe. And then trust that what you ask for will appear.” Believe it or not, I actually think its not a bad approach. (30 years later its similar to my Daily Practice). He made a living at it. And probably a very good living.

He had success in other areas as well. He wrote one book (he wrote at least 17 books I can find) describing how he met his wife. She was a prostitute and he was the first guy to ever give her an orgasm. She was so shocked she married him. Life can be good for a modern Buddha.

I don’t really need to change traffic lights with my mind. I”m not even allowed to drive anyway. And I don’t even want to astral project or control anyone with my mind. I’m happy to just sleep a full night and not dream at all. Al Manning is long dead. None of his techniques kept him alive.

But sometimes I remember those 20-30 minutes every day from 30 years ago. Where for just a few seconds every day I wanted nothing more than to just sit in the total darkness with nobody bothering me. No school. No parents. No siblings. No worries. The silence of dead surburbia. Ever since then, the world has been aflame. And my mind has forgotten how to put out the fire.