A Hemp Payday from the 2018 Farm Bill 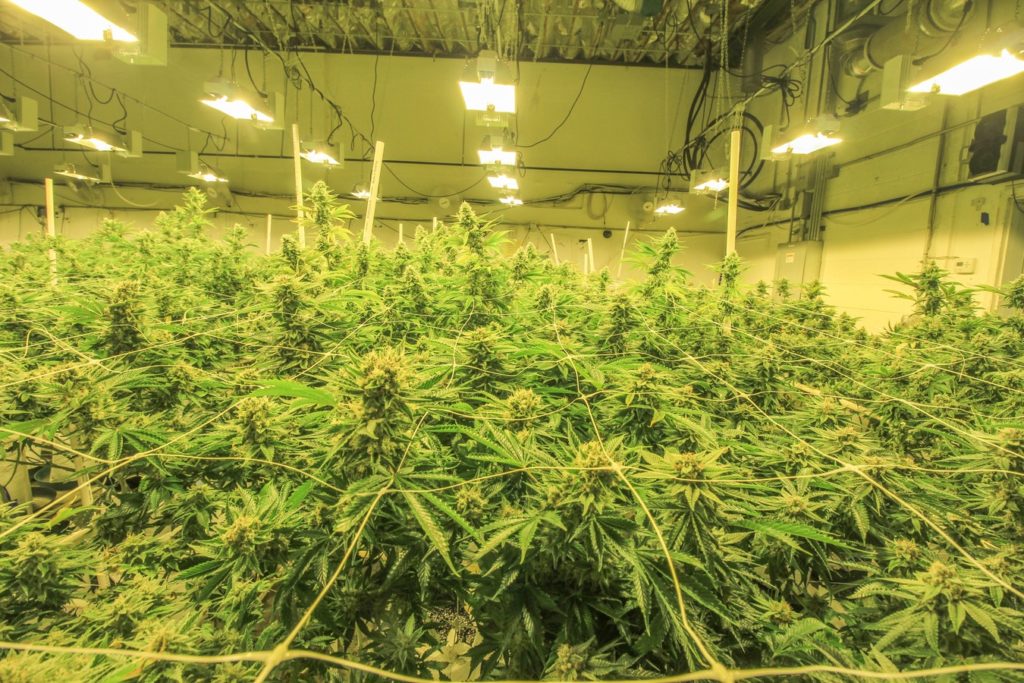 In a few short days, Congress is going to put a piece of legislation on President Trump’s desk that will trigger a wave of investment into a particular industry once its signed.

The legislation I’m referring to is the 2018 Farm Bill. I expect Congress to agree on the details of the bill as early as TODAY.

And once President Trump signs the bill — which I believe he will — hemp and the hemp-derived extract called cannabidiol (CBD) will finally become legal on a federal level.

Hemp Vs. Marijuana – What’s the Difference?

Thanks to President Nixon’s war on drugs that began when he signed the Controlled Substances Act (CSA) of 1970, there continues to be widespread confusion when it comes to hemp and marijuana.

You see, when the CSA was signed into law, hemp was deemed to be illegal, as it is a type of cannabis. So even though hemp doesn’t possess the THC content that marijuana does, it was classified as a Schedule I drug and made illegal.

Now, with hemp on the cusp of becoming entirely legal at the federal level, it’s time to set the record straight on hemp and marijuana.

Hemp is not marijuana, and marijuana is not hemp.

Both, however, are varieties of the cannabis sativa species.

The primary difference between hemp and marijuana is that hemp has a low tetrahydrocannabinol (THC) concentration, less than 0.3% by law. Marijuana often has a THC concentration that ranges from 5% to sometimes more than 30%.

Marijuana — while also prized for its medicinal properties — is primarily valued for its high level of THC which produces the “high” recreational marijuana users are in search of.

With that in mind, let’s get back to the Farm Bill. Companies have been growing hemp, extracting cannabidiol, and selling CBD-based therapies and lotions since the 2014 Farm Bill.

But despite the bill, hemp farmers and companies that are manufacturing and distributing hemp-based CBD products have been operating within a very grey area of the law for years.

The 2014 Farm Bill set the stage for growth in the hemp industry by allowing individual states to enact pilot research programs for industrial hemp. Unfortunately, the bill failed to legalize hemp across the board at the federal level, thereby making interstate hemp commerce illegal.

And on December 14, 2016, the DEA further complicated matters for hemp farmers by enacting the “Marijuana Extract” rule.

The Marijuana Extract rule declared that an extract containing one or more cannabinoids that have been derived from any plant of the genus Cannabis would continue to be treated as a Schedule I substance.

Essentially, this means that CBD oil manufactured under the 2014 Farm Bill was once again deemed a Schedule I substance and federally illegal.

By passing additional legislation in 2016 and 2017, Congress effectively slapped the DEA on the wrist and stated that federal funds could not be used to interfere with the cultivation or sale of hemp in any way, shape, or form.

The 2014 Farm Bill and the follow-on legislation in 2016 and 2017 were all favorable developments for hemp farmers and growing CBD companies. But the fact that hemp was still not federally accepted continued to create uncertainty and unease among industry insiders.

The 2018 Farm Bill Erases ALL Uncertainty

And once the 2018 Farm Bill is signed into law by President Trump, the cultivation and farming of hemp will become 100% legal across the board.

This means that hemp farmers will be able to secure crop insurance and CBD manufacturers will gain easier access to investment dollars and loans via banks. And best of all, a campaign to better inform consumers about the benefits of CBD can begin in full swing.

Cannabis experts at the Brightfield Group have already projected that the CBD market will experience extreme growth over the next five years thanks to the 2018 Farm Bill. 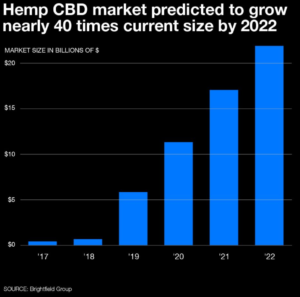 According to a recent report issued by the Brightfield Group, the hemp-derived CBD market is expected to grow from an estimated $591 million in 2018 to as much as $22 billion by 2022 — assuming the 2018 Farm Bill passes and is signed into law.

Not All Hemp Companies are the Same

As with any industry, not all hemp companies are created equal.

Between the FDA’s recent approval of GW Pharmaceuticals’ drug, Epidiolex, and the expected passage of the 2018 Farm Bill, the next few years will spur a massive surge of investment into the hemp-based CBD market.

While the FDA’s goal may not have been to fuel wider acceptance of CBD-based therapies among the American consumer, that’s precisely what’s happening.

Consumers are actively beginning to investigate hemp-based CBD therapies to cure everything from sleeplessness and nausea to arthritis, anxiety, and depression.

And with the impending passage of the 2018 Farm Bill, virtually ALL barriers to entry into the hemp industry will be lifted.

So while the cost for raw hemp may decrease as an increased supply floods the market, the demand for trusted brands with third-party certification of good manufacturing practices (GMP) and transparency in product testing and safety will hit an all-time high!

Now, while it’s impossible to say precisely how many hemp-based CBD companies are coming online, I’m confident the number is HUGE. Probably in the thousands.

But most of these companies will fail and fall by the wayside as their founders find out there’s much more to the CBD business than merely harvesting some hemp and sticking it in a bottle.

You see, the hemp-based CBD industry, while still in its investment infancy, is already taking shape. And the industry’s leaders are developing stellar reputations with well-known brands.

Just as astute investors have made fortunes by investing in trusted brands like Coca-Cola, Apple, and Nike, cannabis investors will do the same over the next 10–20 years by identifying the industries preeminent brands and investing in them today – before they become multi-billion-dollar behemoths.

Bottom Line: We’re facing a tipping point in the hemp-based CBD industry. And when the 2018 Farm Bill is signed into law by President Trump – as I believe it will be before the end of this month – some companies will see their top-line growth rates explode. Now’s the time to take advantage of the coming boom in the hemp-based CBD market.