Hitchhiker's Guide to the Universe

Its dangerous to hitchhike and I’ll never do it again after my initial experiences. I was employee #8 at a company called FORE Systems.  I was the worst employee there.  They thought I could write the instruction manuals for their fiber-optic products. I was miserable at this.

The founder of the company, Robert Sansom, once called me into his office and said to me, “you need to take a little more pride in your work”. Eventually I built a version of the video game “Missile Command” that they were able to use as a demo for their cards. The company went public and eventually sold to Marconi for $4.5 billion. I would’ve made a lot of money but I hated it so I quit after only about five months there.

I used to get a ride to work every morning from my neighbor who worked there. But one time we exchanged information on our salaries. Don’t ever do this. When I told him mine he hit his steering wheel and said, “damn!” since it was clear to everyone that I was worth $0 or even negative. He didn’t tell me what his salary was. That afternoon he told me he couldn’t take me home anymore from work.

There was no way I was going to drive home from work. I don’t drive.  And I didn’t mind the bus in the morning but I didn’t want to take it in the evening. Wierdos are on the bus at night.

All day long every day I’d be excited for the end of the day. Who would  I meet today? What adventure would I embark on? Would I end up dead in an alley in some random town on the outskirts of Pittburgh? Would I be cast in a movie? Or would I end up knighted by Queen Elizabeth? Anything can happen!

I stood at the same spot on the highway each day at 4:50. So the same people would see me. One guy picked me up three times over a three month period.  He was overweight and was telling me how he wanted to get in shape the first time. He asked what I did. I told him I was a writer but that I had three unpublished novels so it wasn’t working out too well for me.

The second time he told me he was in big trouble. It was about a month later. He slept with his wife’s sister and she had found out.  The sister had just told his wife that morning.  You can ask, why did the sister tell his wife? But sisters have a way of doing that. I think he wanted advice from me but I didn’t really know what to say.  “I thought it was going to improve my marriage,” he said to me. “I had lost the attraction to my wife so I thought this would be a way to reclaim it.”

The third time he picked me up it was about a month later. His wife was in the car with him. “Hey,” he turned to his wife after I had gotten in the back, “this is the guy I was telling you about!” They were on their way to a born-again Christian meeting. “It’s totally revitalized our marriage. You should go to these meetings with us.” When I got out of the car he gave me some pamphlets. “You have to come with us to the next meeting.” His wife didn’t say anything the entire ride.

We talked all the back into Pittsburgh. She had dark red hair. Freckles. By the time she dropped me off I was in love with her. Because that’s the way I operated.  She worked in a doctor’s office and fortunately there was only one “Mary” there so I called the next day and asked her out.

At dinner later that week she said to me, “I have some friends you need to meet. You’d like them. They are very interesting.” And it occurred to me she viewed me in a completely different way than I viewed myself. I wasn’t a mediocre employee of a fiber-optic company on the outskirts of Pittsburgh. I was an interesting person . I was “the hitchhiker”.  I was “that guy I was telling you about”.

The next day I called her at her home. I wanted to go out again. And marry her. She wasn’t home. So 15 minutes later I called again. Next time I waited 25 minutes. But then after that I called after 10 minutes. Where could she be? I called again. After about three hours of this she picked up the phone, “Was that you calling all of these times?” “Uhh, I think I called a few times. But maybe not every time. If that’s what you are referring to.”

I never saw her again.

Another time, in the morning, I hitchhiked with the guy who “invented” the smiley emoticon, Scott Fahlman. Although at the time I did now know that was what he was famous for.  I knew who he was because he was a professor at the same graduate school I had been thrown out of two years earlier. Only later did I realize his contribution to society. 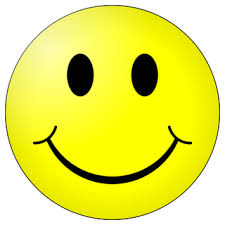 The first person documented to have used the emoticons 🙂 and :-(, with a specific suggestion that they be used to express emotion, was Scott Fahlman;[10] the text of his original proposal, posted to the Carnegie Mellon University computer science general board on 19 September 1982 (11:44), was thought to have been lost, but was recovered twenty years later by Jeff Baird from old backup tapes.[1]19-Sep-82 11:44    Scott E  Fahlman            “:-)”

I propose that the following character sequence for joke markers:

Read it sideways.  Actually, it is probably more economical to mark

things that are NOT jokes, given current trends.  For this, use

I got so good at hitchhiking I would race friends to restaurants. They would take their cars and I would have to hitchhike. I got very good at projecting an instant sense of safety and vulnerability. People would know I had no plans to kill them. But even though you aren’t going to kill the person who picks you up you also have to give off the vibe that you would be interesting to talk to for five minutes. These skills came in quite handy in business.

That was the  deal I had to provide everytime someone stopped. No killing or raping. And fast, scintillating conversation.  But other than getting from point A to point B, I wasn’t allowed to expect anything back. Other than a tiny story about feeling humiliated by a girl with dark red hair.