How Do You KNOW When You've Hit Bottom 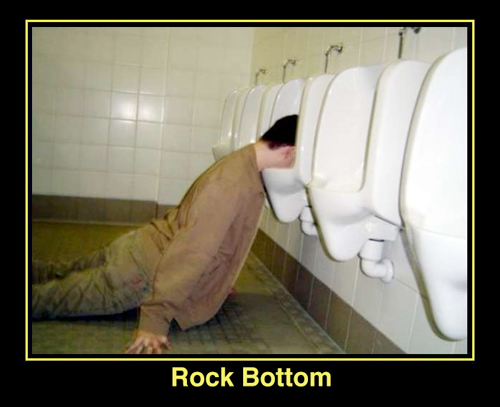 The police came when someone called in that I was causing a disturbance. I went upstairs and pretended to be asleep but they came up there anyway and said, “What’s going on?”

Well, you have to get up. At the very least we have to take you to a motel. We’re not allowed to let you stay here.

My kids were either asleep or they were awake and hiding in their room. The lights were on up and down the street.

The police took me to the back seat of their car. I had never been in the back seat of a police car. It’s very tiny. Maybe it’s like what a very tall person must feel like on a plane with no leg room.

They took me to a motel and told the manager to not let me leave the room all night. I then shook each of their hands and said, Thank you. I don’t think they were expecting that.

The next thing I knew I was awake and the sun was out and the room was spinning. I was still drunk from the night before. I closed my eyes a few times and may have gone in and out of sleep. Finally the room was no longer spinning.

I got up and it was that feeling like the last day of 12th grade when you know you will never again have high school homework. The world in front of you is totally a mystery but has the scent of something completely different, terrifying, and hopeful.

I walked across the street and found a coffee.

No, wait, that’s not really in my memories as I’m trying to remember this.

Maybe I only tried to find a coffee but nothing was open. I can’t remember. It was a highway and nothing was even around. It was a Sunday and cars were barely out.

It was autumn and the wind was a touch on my face. The exact way I would want someone to touch me if I were feeling lonely and scared and lost.

Later, I was picked up, my kids were in the back seat. They never asked me about it again, even now when we pass that motel, which we often do on the way to movies, bookstores, diners, fun. Everyone looks away when we pass it.

Well, again, I’m sorry. Maybe that’s not true. I don’t know if they look away. I look away. I’m ashamed.

Often in a retelling there’s a need to embellish with poetry. But people don’t really look away from the worst accidents of their lives. They stare at them. They romanticize them. They wonder, is this where I hit bottom? Is this where I learned something.

Maybe it was three months later after I was totally separated from my ex. It was Thanksgiving and I decided to go to a diner by myself and have a turkey sandwich. Almost like playing a joke on myself.

Only I had an ulterior purpose in that I had a crush on the waitress. But she told me it was her last day and she was going to be a nursery school teacher and I didn’t know yet how to tell her to take me with her. That I could just move into whatever new world she was creating for herself and maybe there I could re-create my self.

I want to find someplace where I can say, this is where it happened. Where I said Help and everything changed. 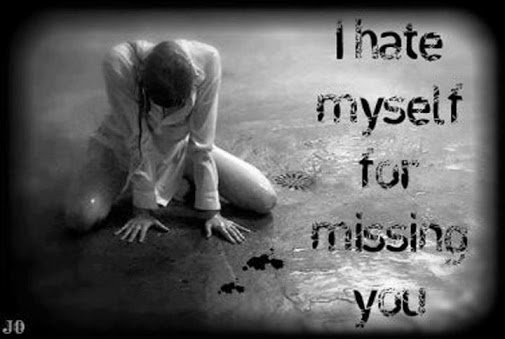 But it didn’t happen like that. I don’t really believe there is such a thing as “hitting bottom”. Maybe people hit a low point and decide they can’t go lower. But there’s always lower. For me there was much lower even after those moments.

It’s hard to decide for yourself – ok, now I’m going to get better. At least for me. I never got better because of some decision I made.

I wanted people to like me. I wanted to be a better father. I was scared to go broke, which has always been my worst fear, even a worse fear than loneliness or sickness or death.

So I would stop drinking. Or I would read a lot. Or I would write. Or make calls to try to get involved in opportunities. I would pretend to be a big shot. How many times did I go on TV commenting on the stock market then? I was offered the CEO job at one company. I was on the board of another company.

And then I would do a little bit more. I’d write. I needed to have more ideas. I wrote down ideas every day. I’d play in the sandbox of ideas. I started to sleep better. I started to feel grateful for what I had. I stopped being with people who brought me down. I started to surrender control of the things I could no longer control.

Every day there was a little bit more of something. A shedding of another layer of skin and blood and disease to find something underneath that was real. Every day I was scared. I don’t know if I ever hit bottom.

And  then opportunities  started to happen.

But I do know that every day I was blind and hungry and reaching higher, despite the misery and depression trying to pull me down.

And sometimes I’d purely by accident thunk my hand against another rung on the ladder.

And for no reason at all that I can figure out now, I’d clasp as tight as possible on that rung and pull myself a little bit higher. And, if given the chance, I’ll still do that today.