How I Cured My Constipation

Western medicine is the best thing to hit this planet. Which is why lifespans are up all over the West despite rising obesity and complete lack of care for our bodies. No joke, there’s a wikipedia entry for “Head transplants”. In other words, if your body is racked with cancer but your brain and head are fine they can cut your head off and put on top of a dead body and you can live. Theoretically. They haven’t done it yet but they will. They’d done it with monkeys, dogs, and rats. And with the rats they even left the old head on. It’s gross but we’re going to live forever.

And you will be a quadraplegic since right now they haven’t figured out how to connect the spinal cord up.

But, like all science, that will improve. Eventually they will figure out how to not only attach the brain but also attach the nerves from the spinal cord. Then you will be an old head on a brand new body and you can walk around with it. That will happen. As usual, there’s no avoiding the crushing avalanche of science. It will run right over you and either crush you or save you.

But before my head transplant takes place I have a few gripes.

Claudia was sick from Lyme disease since early August. Lyme comes the bite of a tic that has been infected by sucking the blood out of an infected deer. I think. We live in an area right by the Hudson River and lots of deer are running around. If you walk even a few feet from a tall blade of grass without any leggings or pants on then there’s a reasonable chance that a tic can jump from the grass, onto your leg, and begin its process of engorging you with the disease.

Everyone but me in my area has had it.  The only reason I don’t get it is because I NEVER go outside. Claudia has had the worst case I’ve seen. From August through mid November she basically slept 22 hours a day and couldn’t move without agony during the other two hours.

Which, as one can imagine, was horrible for me! I had to shop! Where the heck are the beets? I thought beets were purple. Where are the Danish Butter Cookies? Don’t they keep them in the cookie aisle? And how come the butter is not next to the half and half. Aren’t they all milk products.

And what’s up with dry cleaning? How am I supposed to keep around this ticket for four days and then come back, with the right ticket, and retrieve my clothes. How will I even remember such a thing?

Claudia used to come with me into the city. I’d make her laugh. Who was going to laugh at my jokes now. I tried once with the people in front of me. They DID NOT think it funny when I just poked my head in front of them, mid-conversation, and said, “there’s a reasonable chance we can crash head on into another train.”

We’d wake up together usually. About one hour in she’d say, “I think I’m cured!” and we’d be happy. But then two hours in she wouldn’t even look at me. She’d barely be walking. She’d crawl up the stairs. And she was down for the rest of the day and night. It was depressing.

The doctors gave her Amoxycillin. “You’ll be better in three days.” Then she wasn’t. Then one friend of mine said go on Doxycycline. So I called the doctor and said put her on Doxycycline. So she did. And everything got worse. She got a Herx reaction which is when the body negatively reacts to a drug that is lethally killing off all the bad and good bacteria in your body. Then we went to another doctor. He upped the dosage of Doxycycline.

She had more of a Herx reaction. She was in pain all day. She had arthritis symptoms, Chronic Fatigue Syndrome, and her EKG started to show a “left brand bundle block” which means electricity is not flowing around the heart correctly. We went to a cardiologist. He said, “we have to inject a small amount of radiation in there to see if there’s a further problem.” But we said “no” to that. He said in the worst case, people with an LBBB get a heart transplant. NO WAY! She’s just got lyme disease. This is a sympton not a permanent thing.

We were both getting really scared.

Meanwhile, she was also having neurological problems. I won’t get into it. But they were bad. Hallucinations. Other problems. So: heart, brain, joints, sleep, and the more medicine she took, the worse she got. And one doctor was suggesting the possibility of a heart transplant. Our general practitioner, who had lyme disease twice before herself, said, “I give up, I don’t know what to do.” And the lyme specialist was getting ready to up the dosage even more: a hospital stay with intravenous antibiotics. I kept reading stories about people who took antibiotics for years. Claudia had to cancel everything in her life. This was going to ruin her. (See, “I’m sick of Claudia’s Lyme Disease”)

Finally, our landlord (we rent. We don’t own) said this Chinese doctor in the city cured him of prostate cancer. Everybody was giving advice but when I heard the words “prostate cancer” my ears perked up. There’s only so much advice one can follow but if this guy can potentially avert future problems for me also then it was definitely worth it.

It was Claudia’s first trip on a train in three months and she almost couldn’t make it. I had to drag her into the office. The office was a complete hole in the wall on 65th street on the east side. There was a picture of Sarah Ferguson, Dutchess of York, on the wall, “Thank you for saving my life.”

I had read that Lyme was like an onion. It developed layers and layers of bad bacteria and you had to kill it off layer by layer. I was scared that anything but anti-biotics would fail to do the job.

I started to talk to the doctor about what the other doctors before him had said but he waved me away. “I not want to hear!” he said in that cool Chinese way that I wish I could get away with but people would just look at me and say, “uhh, you’re a jewish guy from New York”.

I was skeptical. “She’s got bad bacteria”, I said.

He took her pulse. Apparently there’s a way of taking the pulse where you put three fingers on the wrist and you can tell if the kidney, spleen, and liver are all distributing the blood properly. That nothing is out of balance.

Then he felt different points on her foot.

He said, “ok, you take these pills.” And he prescribed a bunch of herbal-based pills. He said her kidney and liver were way out of whack.

Then he did the same to me. He felt my hand for a minute. Then my foot. “This hurt?” he said.

“You constipated,” he said. Correctly. And he gave me some pills. 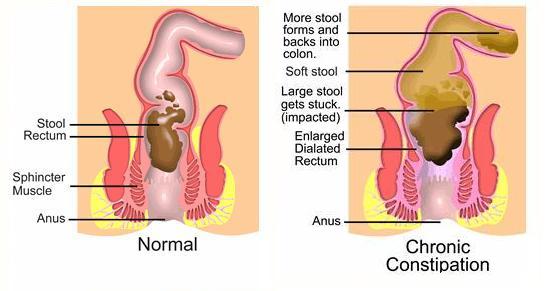 The next week, Claudia had so much energy it was ridiculous. I’d wake up at three in the morning with her jumping up and down on the bed, “C’mon, get up!” And she’d be up until midnight. Then three the next morning up again.

Then her nose started to bleed. We called the Chinese doctor. He said, “you come in right now.” So we went into the city. He said, “your spleen acting up.” And he gave her more herbs and did acupuncture. The acupuncture involved needles, heat, and electricity. The next week her nose bleeding stopped and her sleeping started to revert to normal.

That was about six weeks ago. Every week since then she’s gotten better. This past two weeks, for 15 days in a row now she’s been able to do yoga and is almost back to her full yoga practice. Maybe the lyme will come back in some ugly form but for now she’s able to enjoy quality of life she was not able to enjoy while taking the antibiotics. My theory is the anti-biotics destroyed the lyme immediately but then she started getting killed by the anti-biotics and would’ve died from them. I can have a theory like this because I’m pretty sure I’m as good as any doctor out there thanks to the World Wide Web (for those of us in the “biz” we sometimes say “triple-dub”).

I don’t think one should ignore Western medicine. It certainly saves lives in every category. But I wish there would be a more holistic approach and not just a knee-jerk reaction to ignore everything that is not FDA approved. (See, “Why I think we should eliminate the FDA”)

Meanwhile, my constipation, after 40 years of suffering from it, seems to be over. Good riddance.