The other day on Twitter someone asked me how to make a billion dollars. My response: first make a million. [As an aside: follow and ask me any question on Twitter].

I wanted to make what I thought would be a quick and easy milion dollars at the age of 20. A million dollars was being offered for anyone who could create a Go computer program that could even play as good as a weak amateur. Some random Japanese company had established the award. Go is one of the most popular board games in the world, even more popular than chess, primarily because of its popularity throughout Asia. In Japan, for hundreds of years, if a young person had any hope of being a professional Go player he would have to move into the house of a Go family by the age of six or seven and for the rest of his life do nothing but play Go. Thats how hard it is to play Go well. Go is a harder game to master than chess or any other game I know of. And no computer program can handle all the possibilities in Go, unlike in chess where computers dominate.

I was obsessed with the game while I was in grad school. I did nothing but play and read about Go so my grades were going down the drain. In fact, I had stopped attending all classes. The last class I attended was a test where we had 36 hours to assemble a computer from basically scratch. Mine didn’t work. Right at the demo, all of my wiring shorted out. I failed the test.  At that point I knew I had almost no chance of avoiding getting kicked out of school.

So I visited Kai Fu Lee. Years later Kai Fu Lee became famous for many things. He set up Google.cn, Google’s presence in China. He worked for Microsoft before that. Before that he created all the speech recognition techniques that, to this day, Apple probably still uses. Heck, probably every speech recognition program out there, even on your Android phone, probably uses techniques originally developed by Kai Fu Lee. Now, he has millions of followers on  Weibo (the twitter of China) and he has a VC fund to fund Chinese Internet startups.

I had first met Kai Fu Lee when I was trying to decide what grad school to go to. When I visited him he showed me the project he was working on. It was a device that could understand any possible English command you could possibly speak if you were, say, on a battleship in the middle of a war in the Middle East. (It was a well-funded project to say the least).

But later, when I visited Kai-Fu, it had nothing to do with speech recognition. Like many young people he had once gotten burnt out. There came a point in his grad student studies where he couldn’t bear to program another computer that understood, “fire the missiles!”  So he took a year off and like most people who get burnt out and take a year off, he created the world champion Othello program.

The basic idea was this (very basic): take 10,000 othello positions that are either totally winning or totally losing. Put them in a database. Now, when a program is considering a move, see if the move closely matches, statistically, a winning position, or a losing position.

Make the move that most closely matches a winning position. This basic idea created the world champion Othello program. And apparently it resolved Kai Fu Lee’s burnout issues and he got his PhD in speech recognition (which, oddly enough, uses the same basic techniques as the Othello program).

So I wanted to win a million dollars by using his same technique for Go and I went to him asked him if he would work on it with me. He said, “no”. Its too impossible. He had tried it, he told me. Too many possible choices in Go and even if two positions look very very similar in every possible variable, one could be completely winning and one could be completely losing. Not like speech recognition. Not like Othello.

I gave up. I spent the next several months, not attending any classes at all, getting my girlfriend to have more and more disgust for me. And I wrote a novel that never got published. I lost interest in Go until many years later I began taking lessons from Janice Kim, one of the best players in the US. Eventually I started another company and never really played again although I highly recommend the Japanese manga comic Hikaru No Go, which is creating a resurgence of interest in the game among young people in Japan. 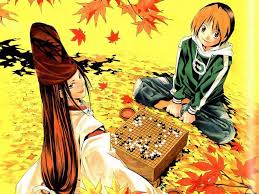 The odd thing is I just invested in a company that uses a very similar technique to Kai Fu Lee’s othello program . This company classifies brain scans to determine what type of depression a person has. They have a database of 10,000s of brain scans and what anti-depressant or anti-anxiety drug worked for each brain scan. Apparently most people with depression are horribly mis-diagnosed and it takes an average of eight years in normal therapy to determine the right type of anti-depressant or anti-anxiety drug that will work.

The original target customers of this company: Army soldiers returning from war in the Middle East. It all comes full circle.