How Stevie Cohen Changed My Life

I wanted to change everything and have it all be better. I was sitting in the waiting area of Stevie Cohen’s office (the biggest hedge fund billionaire out there) and I knew that within a few minutes my life would change.

Every now and then you have those moments when its up to one person to turn your life upside down and make it better. Sometimes they don’t even realize how much power they have in their hands. Sheila Nevins, the executive producer of all of HBO’s TV shows about prostitutes (and the head of their Family Programming division) once had that power over me. She would look at a 45 minute video and could decide “Yes” or “No” and my whole life could change. That was in 1998. She said, “No”.

So now I’m in 2004, and I had been trading about $27 million allocated to me from various hedge funds and investors. But its hard to build a business so I wanted to switch to trading for Stevie Cohen’s SAC Capital, the biggest hedge fund in the world. Stevie Cohen was the best investor in the world and people working for him could make 10s of millions of dollars a year or more.

At first I emailed him. I didn’t have his email address so I tried various combinations of stevecohen@sac.com, steve@sac.com, cohen@sac.com, etc. I sent about 30 emails to 30 different combinations of the above. No response. The next month I did it again. And again. Finally, after a year of doing this, there was a response: “Whats your IM”. So Stevie Cohen, the best investor in the world, with $3bb of his own money in SAC Capital, and I started to IM with each other.

I explained my approach and he wanted to meet. So a few weeks later a car service took me to Stamford, CT. I’m not allowed to drive. Particularly in Connecticut. But that’s another story.

I waited for about a half hour. It was near the close of the trading day so I assumed he was busy. People were walking in and out of the building. They were all wearing these fleece jackets that said SAC Capital on them. They were like a big family. They all loved each other. I could tell. I wanted to be part of the family also. So I could love them and they could love me. We would joke around at lunchtime. Maybe we would make fun of Cohen and all laugh but all nervously looking around to make sure he wasn’t there. Slowly we would get to know each other and, when they were comfortable with me, maybe they would invite me over to dinner to meet their family. “This is that new guy I was telling you about. Thank God Stevie Cohen hired him!”

Finally, someone came to get me, “He’s ready for you now.” She brought me to another person who wasn’t Stevie Cohen. And then this person took me to Stevie Cohen’s office. His office was the size of a small football stadium. I had always heard he sat out in the center of the trading floor with his traders but this was his private office. If he were Dr. Strange from Marvel Comics this would be known as his Sanctum Sanctorum. He was sitting on the couch.

“So this is the famous street.com columnist!” he said. I sat down across from him.

“Why do you want to start trading for me?” he asked.

“Its hard to trade, raise money, manage a business,” I said. “I think the economics work a lot better if I’m managing money for you.”

We went over my strategy. I gave him a copy of my book, “Trade Like a Hedge Fund” that just came out. My basic strategy that I traded was similar: look for patterns in the market that have worked over the past 5, 10, even 50 years. If those patterns occur again, then trade them.

“I like this approach,” he said, and he took my book from me, “I like to look at market history.”

We started to walk together out the door, down the hallway. “Lets do this,” he said, “ why don’t you instant message me before you do a trade for the next few weeks. We’ll see how it goes in real time.”

We both walked out together. I was embarrassed just in case he would see the dirty white cadillac that the car service had delivered me in. He stepped into his shiny new car and waved goodbye. I was sort of hoping he would invite me over for dinner. Maybe he could show me his art collection. 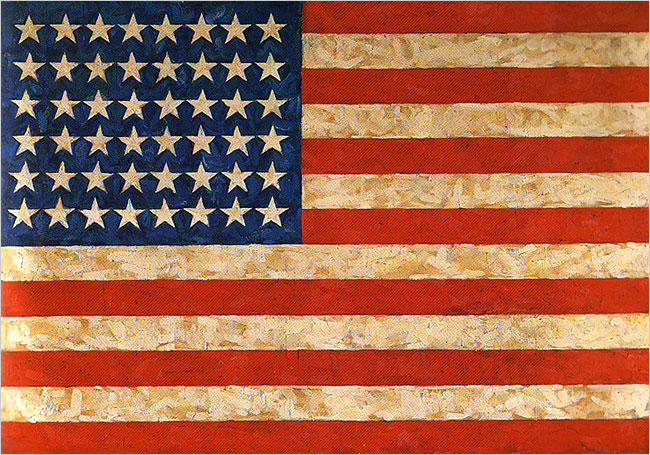 I forget what kind of car it was. Lets just say it was a BMW. I was surprised nobody talked to him at all as we were leaving even though we passed quite a few people in the hallway. At SAC Capital, everyone communicates psychically. There’s no need for actual “hellos” and “goodbyes”. I assume there’s a lot of hugging there also, but that they didn’t do it in front of strangers like me. But I kind of wanted Stevie Cohen to hug me before he got into his car. “Its going to be ok,” he would say to me. But that didn’t happen.

The next day, right around 9:29 am before I was going to make my first trade of the day I instant messaged him the trade. He wrote back, “Thanks”. I’m not exaggerating: about 50 trades in a row had worked out for me at that point. It was June, 2004 and I hadn’t had a down month since July, 2003. Not even a down week. Until that trade.

And the next seven trades after it.

I was totally disheartened. It was like being impotent and telling the girl, “this has never happened to me before.” Stevie Cohen was THAT GIRL.

But at some point I just stopped sending him trades. And a few days later he IMed, “where are you???” but I didn’t respond to that. I was ashamed.

A) Go for it. If you want to work for someone. Email them today.

B) Be persistent. Make you have something to say: but say it every month. Until they respond. At some point if you deliver enough value, they will respond.

C) Research. I knew everything about Cohen before my meeting with him. I had planned, prepared, researched everything I could so that I could leave that meeting with my goal intact: a followup

D) The One Person Rule. Never have your happiness dependent on a yes or no decision from one person. At the very least: diversify the people who are important enough to do that.

E) Bad day. When you have a bad day, the professionals just roll with it and keep the same emotional demeanor as the good days.

Recently I wrote to Cohen again. He was having problems in the media. His ex-wife was all over the place. We all know the drill. I told him his media wasn’t being handled correctly. I told him he should write a book about his life. It would be a fascinating read and set the story straight. I told him I would help him write it. I pictured us high-fiving and laughing over a glass of wine in front of some of the famous Picassos he owns. His wife is of hispanic origin. So is mine! High five! Jews rock!

He responded and we wrote back and forth for awhile. I won’t respond with what he said due to his privacy issues. But finally he said, “I don’t think anyone would be interested in reading a book about me.”

Then I made a big mistake. I wrote back, “it would be the second best-selling business biography ever: after Warren Buffett’s biography.” Never, NEVER, imply that one billionaire might be a bigger sell than another billionaire.

He never wrote back.