How To Be a Comedian

“I hope you accidentally drink leukemia at a picnic”

“You have the timing of diarrhea in the 9th inning”

“That’s an interesting accent you got there. Are you from stroke-victim?”

The jokes are offensive and depraved. The best comedians are truly twisted humans who have a private truth in the center of their black holes and they have the honesty and skill to share it with us.  I can’t stop laughing when I read his stuff or see him on TV or in a movie. That’s Jim Norton. He’s been around the block awhile as a standup comedian but I first saw him (as an adult) on the HBO series “Lucky Louie” (starring my favorite comedian, Louis CK) where he was the disgusting neighbor always popping in and making gross jokes. I couldn’t believe it when I saw him. An old man! I watched his HBO special and also his series where he’d bring on other new comedians. I then read his books “Happy Endings” and “I Hate Your Guts”. 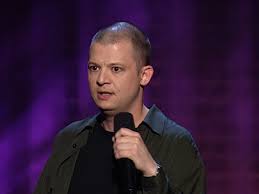 The first time I heard him do standup-comedy was when we were in 4th grade together.

He was the new kid in school. Usually the new kids shut up and kept their head low while the rest of us “veterans” got used to them. Maybe we would be friends with them. Maybe not. I remember very clearly this new kid sitting about two rows from me, his head straight up, and on day one he was non-stop telling jokes and making the class laugh. I couldn’t stop laughing. My stomach hurt from laughing so much. I thought I was going to pee in my pants.  Mrs. Osborne, the teacher, even said he was a “natural comedian”. We all knew even then he was made to be a comedian.

Incidentally, the last and only time I had peed in my pants in school was when I was in first grade. I was trying to hold it in as long as possible. I couldn’t figure out how to use the zipper in the urinal like all of the other kids so I would try to wait until I was home. But on this particular day it was too long to wait. “Can I go to the bathroom,” I said to the teacher. And I ran out of the classroom straight to the urinal but… “what’s wrong,” said the kid next to me.

“Too late,” I said. And my pants were completely soaked from the urine before I had the chance to figure out the whole zipper/urinal thing. (To this day I’ve never attempted the urinal again and just use the stall like any normal woman does.) I had to spend the rest of the day in the nurse’s office and then my mom picked me up with a new pair of pants. Thank god I’m a grownup now.

I always think I’m funny. When I want to make people laugh with a post, I can. When I want to make people laugh when I do public speaking or I go on TV, I usually can. I always wonder, can I do this straight out – be a comedian? When I was single, right before I met Claudia, I would drink at my favorite restaurant and write down jokes on a pad that I thought I could perform. I’d then call my friend in California who writes sitcom comedy and run the jokes by him to see what he thought was funny. I wanted to be a comedian.

I look back at Jim and the raw talent. Everything he said was funny. He couldn’t help himself. 4th grade was the only time we ever really hung out. He kept trying to tell me “KISS” was the greatest band ever but for me at that time I only listened to Billy Joel, or…Barry Manilow (hey, “Copacobana” could be the best song of all time).

“Two men spit in their hands, help each other out, then laugh about it later. Just to be silly”

“I am so ugly, if I got a girl pregnant she would throw herself down a flight of stairs”

And yet despite the fact that all of us were constantly laughing whenever he opened his mouth I still read about all the effort, the persistence, the sheer mania, he had to go through in order to rise up in the comedy world. How he studied the greats, emulated them, performed at the crappiest dives, rose up bit by bit despite the hardship. Nothing was easy for him. If he had ever given up, he never would’ve been the successful comedian we all took for granted he would be. His talent was worth nothing.  I was even surprised to read about a suicide attempt when he was 18. I didn’t know. I was too busy in my own fantasy world.

“I had AIDS, but I beat it with Advil”

“If I was a girl, I’d have a miscarriage right now”

“Look at that little bloody thump on the floor, that was gonna be something!”

I didn’t really know him at all when we were older. I wish I had made more of an effort to make more friends in high school with the people I legitimately liked. But I kept to myself. I played chess. I rode my bicycle in my neighborhood.

I waited for the hell of suburbia to be over, so that real life could begin. The suburban night comes to an end with the locks of the garage doors opening with metallic slowness, the extra-wide roads creeping to life, the pretentious cadillacs moving like reptiles in a fogged line so they can get to the city and begin ordering around the slaves around and climb on their backs to be Vice-Presidents of Something, Inc. They get to work, quickly wash their faces with daylight, their faces becoming pale, pasty, ugly, old, forgotten, in that order, as the humor leaves their bodies with their youth, and only the unlucky ones survive til death with nothing permanent to show for it other than another generation to take their place.

I didn’t make too many friends, thinking that one day the exact thing my parents generation worshipped: money, would be mine and I would be finally happy. As a youth I fantasized about the money. And when I had a bit of money, poverty grasped me like a scorned lover and wouldn’t let go. I fantasized about  the kids that tortured me. They would come to me when we were older,  looking for jobs and I would string them along until I finally said “NO!” and they would cry hopelessly. In my head I was as mean and cruel as any kid that tortured me. Now I want my youth back, to reverse those fantasies, to reverse that cruelty, to cure in advance the shame that plagued the next thirty years of my life. To become friends with the people who I had been afraid of.

Maybe Jim tried to kill himself at 18 because he saw the joke before the rest of us did. Jim Norton was funnier by far than all of the kids I grew up with. We were constipated with life and he had crapped it all out. But what made him a comedian was not his enormous talent, or his ability to see through the lies – so easily funnier than the rest of us, but the persistence, mania, tireless study of his peers, and the pursuance of the dream that left the rest of us behind when all we do is weep and sleep. 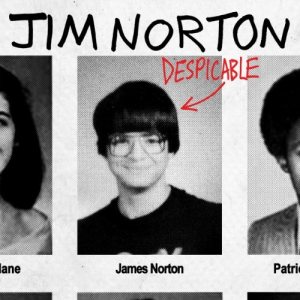