How To Be A Genius 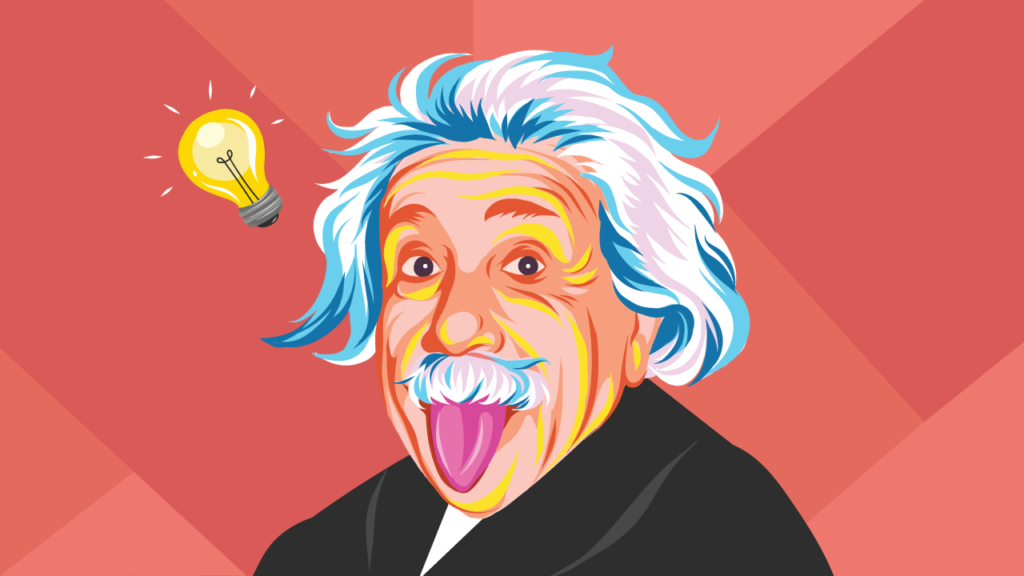 Someone asked this on Quora. I decided to give my sage advice on the topic.

And then I had an idea. Or rather, an opportunity presented itself.

I was smarter than them!

So I put the two million dollars in a single company. They made “wireless devices for deaf people.” If you ask me now what that meant I would not be able to tell you.

Then it went down. Suddenly it was $1.9 million.

I put my house for sale. At three in the morning I’d sit in this big couch looking at my two story book case and thinking about how it was all over. I never slept. I sweated all the time. $300,000.

“I can’t understand,” I told him. “This house is worth more.”

Now he was cocky with me because he could be.

He said, “This house is only worth what someone is going to pay for it, and it’s a lot lower than what you have it at now.”

I said to my wife, “let’s see if we can borrow more money off of it and then we’ll just stop paying and keep the money.” We dressed up the babies and went to the bank. They laughed at us. “We don’t do THAT kind of loan.”

Finally we got an offer.

I went to the movies to celebrate. I forgot what I saw. But I remember going to the ATM machine to check and see how much money I had left.

I called my parents. “I need to borrow just a thousand dollars,” I said. “I’ll return it in a few days.”

They said “No” and I hung up the phone. It was the last time I ever spoke to my dad, who had a stroke a few months later that left him paralyzed and looking at the ceiling for two straight years.

“He has no brain left,” the doctors all said but I think he was just locked in there.

I put myself in exile. We moved 80 miles north to a broken down house a quarter of the size in the middle of nowhere.

I never left the house. I gained 30 pounds. I spoke to nobody. I was trying to think of even smaller places we could live.

Nobody returned any calls at all. Everyone wants to be your friend when you have money. “I always knew about that guy,” they all would say later.

But then I slowly got out of depression. I started waking up early and playing basketball with myself at a court right next to the Hudson River while the sun rose over the mountains. A train would pass at 5:05 every morning and I’d see the faces blinking at me.

I lost the thirty pounds. I started to sleep better.

Some ideas would bubble to the top and I’d come up with deeper ideas about those. And some ideas would disappear. Some ideas I’d try for a short time and either give or pursue further.

Some ideas I did nothing. It was all practice. It was all experiments. It was all about getting more creative so I could get myself out of the swamp of regret.

I did pray to God a lot. But mostly because I wanted the stock market to go up. I’d go to the church across the street and pray to Jesus. But I was Jewish and I don’t think he listened to me.

So I can really say that at first it boiled down to three things:

I’d surprise myself: “This is a good idea!” And I’d try it for awhile. Some I’d try for more than awhile. Some would change my life.

And every six months, the ideas would get better and better. It was like I was graduating through classes and grades and schools and getting the graduate degrees I had never gotten.

I was constantly connecting more and more ideas backwards and forwards to each other. Songs, books, people, companies, ideas would connect more and more like this thick matrix.

Connections and connections. It was (and is) like my brain was on fire constantly.

This was the secret for me. I don’t know if it would work for anyone else. Every day I have to do this or I think I’m going to die.

I just did it today. I did it yesterday. I’ll do it tomorrow. I’ll do it a year from now.

Since that time I’ve started about 20 different businesses. 17 of them have failed. That’s ok. I’ll always have new ideas.

I’ve written 18 books. Some of them were horrible. Maybe most of them. That’s OK. I’ll write more.

I don’t think I’m a genius. But I know the important thing is not the destination but the direction.

I’m going in the right direction.

After my dad had his stroke I had an idea. My dad loved chess.

I found a fun chess position in a book. White to move and win in two moves. It involved a queen sacrifice. He once told me, “Take the most powerful piece on the board and try to give it away. Do the unexpected and you’ll win.”

So I took that position and I went to the local printer and printed it up three feet by three feet.

Then I went to his room in the medical facility and got on a chair and taped it to the ceiling right above his eyes so he could look at it.

He knew 10 languages. He was a chess master. He could play every musical instrument. He had read every book. And when I was a kid he knew every answer.

He would stare at the position. I could see his lips trying to move. I knew he knew the answer but the doctors would shake their heads and walk away.

Some day you and I will too.

Ok, Josie my daughter, get a good night’s sleep.