How to Be a Human

“james altucher is a f’ing idiot on parade” someone wrote on a message board the other day. I don’t really like parades. But it got me to wonder about the psychology of people who take valuable time out of their day to write things like that. Not just about me but about anyone.

In general people get angry at me because I say in various ways that the world is not falling apart. That we’re not all going to die at the hands of some obscure European debt crisis or whatever the latest crisis of the week is in the media.

Other people replied on various message boards about what a F****ng loser I was, etc etc.

They seem to care more about my opinions than I do.

Why do I sometimes care about the stock market?

First off,  I can’t put this more bluntly: I’ve been ass-fucked repeatedly by the stock market for the past 15 years.

I’ve written before 10 reasons you shouldn’t buy stocks (even though I am very bullish on it). Nobody should. I give ten reasons but the main reason is: you buy a stock, then the media has people all over the place saying, “the end of the world is here so you better get out of stocks”, then everyone sells stocks, then the stock market goes straight up. Why does the media do that? The obvious reasons: fear and greed sell papers.

October 1987 also. The market collapsed, everyone thought the world was over. FOOLED YOU! The market went straight up for years after the big crash.

But if I try to remind people of this simple pattern that happens over and over again, a lot of people get angry. I’m not upset at them. I don’t blame anyone for being angry at me. But I can tell you exactly why they were angry.

So now they want to do the same to other people. So rather than working at their jobs they go from article to article and whatever message boards they can, then anonymously spew their hate. 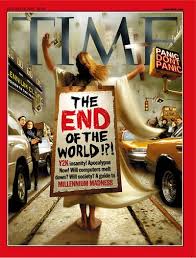 A) Its Your Fault – blame yourself before others.

B) Most Things In Life Don’t Work Out – which is fine. That’s all of life.

I also could care less if the US borrowed too much.  They can easily solve the problem: [Skip this if too boring. I’m bored already writing it].

There. Problem solved. The US is saved! Yay! Now onto the important part of the article.

The stock market is a window into the world’s depression. The world is manic-depressive. Right now, and maybe for the past decade, the world has been in the depressive cycle. The Internet bust, 9/11, Enron corruption, the financial crisis, the housing crisis, Europe crisis, unemployment. I get it. It’s been a hard decade. It’s been a hard decade for me also.  Before that it was in the manic cycle.

Animals ebb and flow with the world’s cycles. Humans rise above it and create their own cycles. I don’t know if I’m a human or an animal (I know, humans are a subset of animals, but I’m making a point). I’m a little bit of both. I hate to see the world depressed so I try to do things (go on TV, write articles, whatever) to convince people the world is not over. But it’s pretty pointless. People believe what they will because of that severe beating they had when they were nine that they could never shake themselves from. 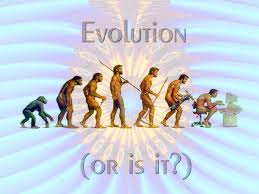 How to be Human?

–          Do the Daily Practice. It’s the only way I’ve ever been able to rise above animal and be human. I’ve lied, cheated, stolen, and killed and finally it all stopped when I decided to focus on my insides instead of the outside. That’s how you train your body and mind to get over the beatings as a kid, the humiliation you’ve suffered, the lack of love you might’ve had to deal with. In my opinion (take it for what it’s worth), it’s the only way.

–          Don’t engage with crappy people. The woman who emailed me her fabulous article: “James Altucher is an Idiot” –  I actually responded to her email. I didn’t even follow my own advice. Then, finally,  I stopped responding to her on her four responses to me. It’s hard to follow good advice. If everyone followed good advice we’d all be superheroes and be flying around and using our x-ray vision to see naked people everywhere. I wish I followed my own advice every day. But it’s hard. Sometimes you have to modify it to fit your own needs and circumstances. Sometimes you have to modify every day.

–          Be creative every day. You can use these tips. Creativity connects more and more of the neurons in your brain to each other. Neurons that animals never connect up. If you are too busy with work, child raising, business-starting, etc don’t use that as an excuse. You can be creative in little, tiny ways. Make your kids laugh. Do something the exact opposite of what you would normally do at work. Try standing on your head at the busstop. Whatever.

–          The last three items are the most important. If you do those then the first two come naturally. If the above three items are too hard then modify them to suit your own purposes. For instance, if you can’t meditate every day (I can’t) then at least when you wake up say to the sky “what the hell do you want me to do today? I’m yours!” In other words, be gentle, humble, and surrender.

Don’t be an animal anymore. Planet of the Apes isn’t coming true. Be nice to other people. Become a human.