How to Be Mentally Strong

When I was a kid I used to skip school, hide behind my house until my parents left, and then go off to play chess with John Nash.

Not THE John Nash, the Nobel Prize winner who also had schizophrenia. But his son, who was a very strong player.

We would go over to his house (where his father and mother also lived) and play all day and then I would go home before my parents got home from work.

The son also had schizophrenia and I sort of could tell but we focused our days on playing chess all day. At the time, I didn’t know who his father was.

This was a family of brilliant people. His son was a strong chess master. The father was a Nobel Prize winner. Maybe that makes them mentally strong. Maybe not.

John, the son, disappeared and we lost touch. I last saw him I think in 1988.

Maybe they are mentally strong. Maybe not.

Often many of us are very good at constructing masks and it is never really known what is deep inside of us. What we keep hidden for fear of death if others were to find out.

But I can tell you what is most in common with some of the people I have encountered and maybe then you can tell me if you think these are qualities of mentally strong people. I would like to know.

All of these things…anyone can do. Anyone can learn to be mentally strong and change the world as a result.

Wealth, health, success, strong relationships, and freedom seem to be byproducts of the traits listed below.

Then every day I try to improve by 1. 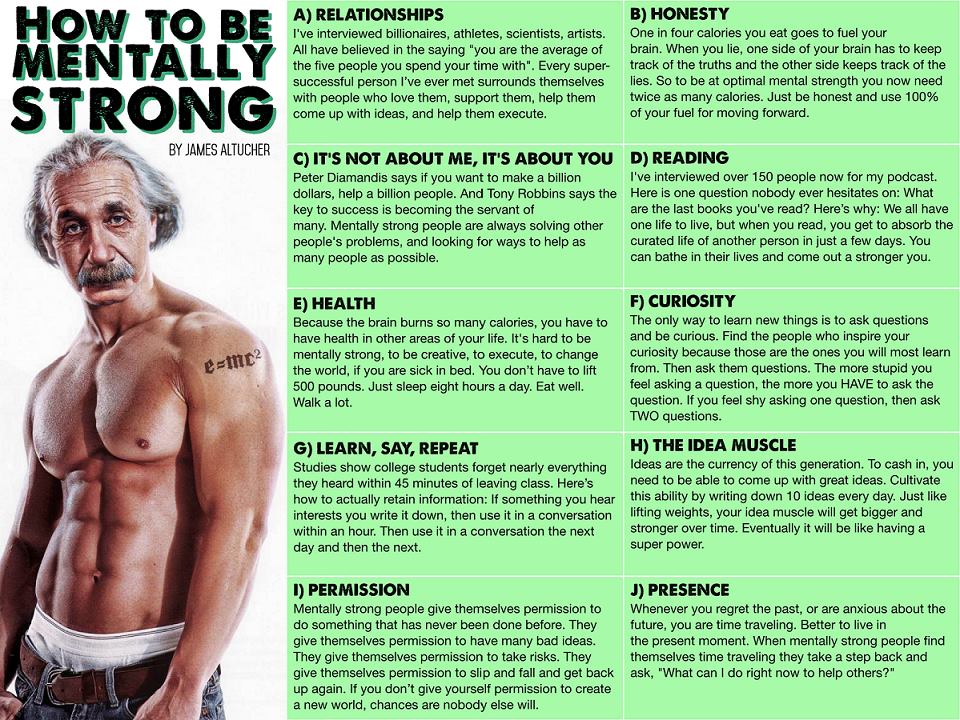