How to be Rich – THE PUSH 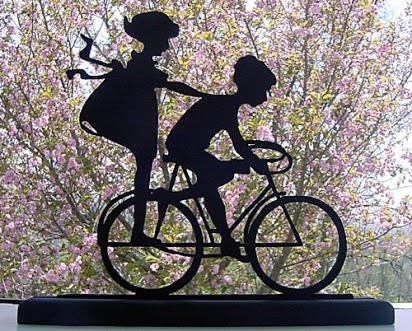 Rob told me JB was dead. JB was my best friend growing up. We sat next to each other on the bus. After school we’d play ping pong or pinball or monopoly or ride bikes.

Every single day we did this for eight years. Then we drifted apart.

Rob said, The last time I spoke to him he sounded like a ghost.

It was like there was nothing there, Rob said.

He dropped out of college, Rob said, and never really had a job. His parents gave him money to live. He didn’t want to do anything.

He changed his phone number every few weeks, Rob said. So he was hard to keep in touch with.

I didn’t understand. Why did he change his number every few weeks?

He’d meet a girl, and then a few weeks later he’d get tired of her but not want to deal with it. He’d change his number so the girl couldn’t reach him, Rob said. And he moved a lot.

He had no Facebook page, no internet presence, it was hard to track him down, Rob said.

And it’s true. I had never found him on the Internet.

JB hurt his leg a few years ago, Rob said, and had no insurance because he never had a job. So got addicted to painkillers.

He was into the drug scene, Rob said.

One day he never woke up, Rob said.

I don’t feel sad about this. People die. I haven’t seen him since we were 18 and on graduation day.

But I wonder about one thing Rob said.

“He was like a ghost the last time I spoke with him.”

We know when the body and mind are giving up. We know when spirit is exhausted. When the emotions don’t care.

He never had anything he wanted to do, Rob said.

Is that all it is? Do we just need something to do? Something that we want to scratch just a tiny bit so we continue one more day?

We don’t have to save the world. Or invent warm ice. Or time travel. Or even have a passion or a purpose.

When I was dead broke and crying I wanted to die just so my kids could have my life insurance policy. What got me to get up and go again?

And then later, when it happened again. And then again.

Why didn’t JB do that?

You’re riding the bicycle up the hill all the time in life. Everything in life wants you to decay. To be subjugated. To be violated. To be tired. To become a ghost.

To roll back down the hill just when you thought you were close to the top.

What can give us THE PUSH?

For me, today, it’s just this post. Some days, it’s to see my 11 year old smile. Sometimes, I just want to take a walk. Or help Claudia. Or do something fun and creative.

A little bit, every day, compounds.

A little push today turns into a big life tomorrow.

My one requirement: I have to give something. I have to enjoy it.

Else, it’s too draining. It’s a shit stain. I slip back on the hill.

A deep breath. You can do it, I tell myself. One more turn of the pedals. THE PUSH! Get over the hill!

I want to live.