A few years ago there was a story in the NY Post about a boy who had been locked in a closet almost from the time he was born until he was about fifteen years old.

I might not have the exact details right. His parents fed him food but never let him out of the closet. So he never grew properly and he was only about 80 pounds or maybe less.

The authorities took him away and put him in some sort of home for abused kids. His parents were arrested and are presumably now in jail.

In the article in the NY Post, the person running the institution he was now staying at said he “liked playing chess”.

So I called up the institution and said I would pay for a guy I knew, a former US chess champion, to come over there and give him chess lessons.

They told me they would get back to me. A few hours later they called and said, “thanks, but due to the specific circumstances we really can’t take the chance of any outside contact with adults.” So that was that.

I never donate a dime to a huge charity. The American Cancer Association might be a great charity.

But what will my dollars do for them? Nothing. Warren Buffett and Bill Gates are spending $100 billion on eradicating cancer, AIDS, malaria.

Other billions are fighting every major cause out there. The baby boomers are about to leave behind $9 trillion. Hopefully a good chunk of that will go to charity. They can handle all of the major causes.

My money will make zero difference.  And I have no way of doing due diligence on the charity so I won’t know how my dollars are being spent.

What I like to do is direct donation into what I call “micro-causes”.  Specifically, pick up the local paper and see who needs help RIGHT NOW where a small amount of money can immediately make a significant difference in someone’s life.

For instance, if the NY Post writes about a house burning down in Brooklyn and now a family is homeless – put them up in a hotel. Simple. Easy. Cheap. Makes their lives better while they deal with the loss of their home and all of their belongings. And probably nobody else thought of it.

Anyone can be a superhero. Here’s the rule for being your own Micro-Charity

1)      You are donating directly into the situation. So you know that every dollar is being put to work exactly the way you want it to be. No layers of bureaucracy that are found at many large charities.

2)      The situation needs help right now. TODAY. And you can help. Its easy to find these situations. Look in any local paper. Papers feed on pain. There’s always someone today in your area who is in pain for some reason and needs help. An example we all saw on youtube last week was the kid getting bullied who got suspended when he fought back. Get that kid a math tutor while he’s suspended.

3) The donation MUST be anonymous. Or as anonymous as possible. For several reasons: 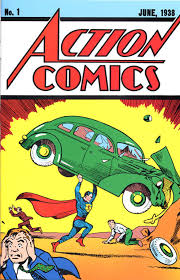 3.  Risk. You’re not really a trained giver and in some situations (very rare) you might find yourself in an inappropriate situation. Best you can just wipe your hands and move on. These situations are rare though and do not supersede the greater good being done in most cases.

I can guarantee you this will feel a lot better than handing $100 over to whatever mega-charity is already getting billions from the billionaires. Let Bill Gates save the world. You can save a life.