How to Change the World (Or…How to Occupy Yourself)

I cheated. When I was in college I took six courses a semester and then worked another 20-30 hours a week to pay for my bills (on top of the debt I was incurring). Often I had to miss classes because I had a job that I had to go to. One time I showed up for a midterm and the room was empty. Later I found out the midterm was the day before. I had to convince the professor to let me retake the midterm.

A week later he gave me the same midterm he gave everyone else but I had gotten a hold of that midterm and had a week to prepare the answers. Grade. A+. I’ve explained over and over, College is a scam these days trying to relieve you of all of your future income.

My roommate in my second semester was the son of a wealthy doctor. He was also a Marxist. In particular, he liked Trotsky. I didn’t understand any of the differences. Later, I’d run into him and he would be talking about “the worker”. He would be in one of the cafeterias reading, in no rush to get anywhere. I was always in a rush. I had either a class or a job. I wanted to take six courses a semester so I could graduate early and not get into even more debt. I felt like I was a “worker” and would get mad at him for always talking about how “the workers” are exploited. He had an anger that I couldn’t understand.

Many people are angry. Here are some of the things they are angry at:

– banks took big bailouts and CEOS got paid big money afterwards. This is horrific. Why did it happen?

–  after the CEOs took home big paychecks, thousands of their own employees lost their homes.

– 10 years of war in Afghanistan and Iraq. I couldn’t point those places out on a map if you had a gun to my head. I was always bad at geography. [See, “Name Me a Single War That Was Worth It”]

– 100s of billions in global corruption funded by the US. Why did Hosni Mubarak’s family amass an estimated $200 billion while he was President of Egypt. How many of those hundreds of billions came directly out of US taxpayer pockets. How many Mubaracks are there all over the world as we continue to fund every corrupt government in the world out of fear and anger towards our perceived enemies.

– Why are banks more busy foreclosing than lending? (Although, to be fair, I don’t think ANYONE should be buying a home right now. Home ownership is a total scam propagated by the banks for the past sixty years)

– Why do we have military actions happening in over 120 countries right now even though the last legally declared war was in 1941.

And on and on. People are angry. I get it. This is anger I understand. And people have a right to protest. But then the anger gets warped even beyond the truth. “The US caused 9/11”. “The Jews control Wall Street” (a common anti-semitic refrain heard among the Occupy Wall Streeters but under-reported in the news).

I get angry also. I want things to be better in the world. I want change. Why do so many African dictatorships horde money we send them while their citizens die of hunger? Why did GM go bankrupt and allow their entire middle management to lose their life savings and pensions? Why has unemployment doubled in the past 3 years.

People say, first, “well you can vote and make change.” Clearly that doesn’t happen. No single vote has ever created change. (See, “Politics is a Scam and Why I Will Never Vote Again”) And who do we vote for? Bush who started all these wars? Or Obama who continued them (he even kept Bush’s Secretary of Defense and now we are in year 10  of Afghanistan). Voting doesn’t work.

So then people do “Plan B”. Let’s Occupy Wall Street. Who is on Wall Street? Certainly not the bank CEOs, who are on Park Avenue and in Greenwich, CT. “Oh,its a symbol”, people say while they shout nonsense at security guards who lost their homes and low-level back office workers who work at the stock exchanges but can’t afford to pay their bills. So nothing happens so they now “Occupy Portland” , “Occupy Seattle” and on and on, trying to change the world. I will tell you how to change the world:

A) Stop being angry at the world first. Ultimately, you can’t change it by force, by voting, by protesting. Nothing works. So it’s none of your business what’s going on out there. I forget who said it but someone said, if you want to walk comfortably, it’s better to put on your own sneakers than cover the entire world with leather.

B) Heal yourself. Forget about the past (“historical is hysterical”) and forget about the future (a popular book right now is that America will be #2 by 2025. My view: who even cares? And who thinks so far ahead anyway? I can get hit by a bus tomorrow and not even be here in 2025.) Focus on how you can be a better person NOW. If each person was healthy now, then change will happen.

C) How do you heal yourself? Do “The Daily Practice” I recommend. Blah. I hate recommending that every day. In my book, I Was Blind But Now I See,  I have some modifications on how you can tailor the Practice to your lifestyle. But here’s one trick that you can do instantly. If you find yourself getting angry about some world event you can’t change, label that thought “not useful”. Instead, replace it with a thought that makes you a better person. Perhaps a thought of gratitude towards what you have. Gratitude improves not only you but the people around you. This is the seed of world change. Not anger. 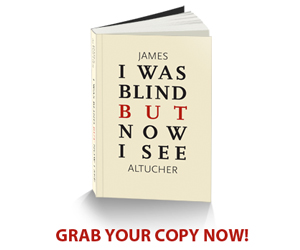 D) Pretend you’re an alien. I have another trick I use on myself when I’m down or angry. I picture I’m an alien who wakes up in a different body each day. Today I woke up in the body of “James Altucher”. Oh, guess what? He’s angry at something. How quaint. He’s worried about something. But he’s got all these other advantages. He’s waking up and the weather is good, he’s healthy, his wife is next to him, he’s got various other advantages. Why should he be so angry? I’m here on a mission to help “James”. What can I do to make HIS life better and healthier today? Because tomorrow my mission is over and I’ll be somewhere else.

E) Change comes from within first. Not within society, which is always going to cater to the lowest common denominator, but within ourselves. I’ll give an example. I first wrote about my anti-college views in the Financial Times in 2005 or 2006. Then on Yahoo Finance, then on AOL, then in the Huffington Post and the NY Post, and this blog. I don’t take credit for anything but now, thanks to other people who then continued the discussion, the debate about rising college costs is no longer dismissed as “oh, that guys an idiot” but now is a serious mainstream discussion and will only get more serious over time. First YOU change, make your mind flexible, healthy, clean, while emotionally and physically and even spiritually you remain healthy. Then you’ll know what to do. That’s how change begins.

F) Finally, SHUT UP. Most people don’t think before they talk, which is probably why these “protests” are so disorganized.

– the people around you begin to change

– the people around them begin to change

– the world becomes a little better.

Another example: a few weeks ago I wrote about “9 Skills Needed to Become a Super Connector”. It got syndicated in various places. Overall maybe a million people read it. Let’s say 1% get effected by that article. Those 10,000 people will start introducing people to each other. Some of those introductions will result in positive changes in society.