How to Disappear Completely And Never Be Found

I wanted to move into a homeless shelter because I thought that girls who were homeless would be more likely to go out with me.

I had this fantasy version of what a homeless shelter would be like. We’d sneak around to each others rooms as if they were dorm rooms. It would be romantic. Lots of giggling. And crack smoking. Heck, I’d try it. For love.

I had a job and wasn’t really homeless. I had a place to live. But my girlfriend at the time hated me I was pretty sure of it and I needed a change.  Plus the homeless shelter was right next to my place of work. I could’ve lived at the shelter and it was about a 20 second walk to work.

The homeless shelter director said “no” to my request. He called my references. I had said I wanted to write about the experience. My boss, my ACTUAL boss at the time, said I was probably mentally ill.

I didn’t have that job for too much longer. Nor did I move into the homeless shelter. But they did let me give chess lessons there.

All of this to say, there’s something primal in me that wants to disappear. To mix with what I view as the lowest of the low, to forget about my past, to sign up for a future that is meaningless, to think only about right now and give up everything else.

[Related: Do You Make Fear Decisions or Growth Decisions ]

When I was a kid I bought the book “How to Disappear Completely  And Never Be Found.”

I don’t know if any of the techniques still work but here was the author’s plan:

Look at old newspapers from around the day you were born to find the names of babies that died that day. Ask your state government for their birth certificates.

This isn’t unusual. Many people lose their birth certificates.

Use the birth certificate to get a social security card (say you’ve been a permanent student up until now). Use the two forms of ID to get a bank account, credit cards, driver’s license.

Change your hair color. Lose weight. Put a tack in your shoe so you start to walk differently. Start siphoning money out of your bank account until it is all in cash.

Find a crowded city where you can rent an apartment cheap and disappear in the crowd. Plan on building an employment history by starting with temp or construction jobs.

Then disappear. Just walk out of your house and never go back. You’ve just committed pseudocide.

The word “pseudocide” fascinates me. Its like a “little death,” a phrase often used to describe an orgasm.

The book had anecdotal stories of people who had disappeared (how the author kept finding these people was never explained).

People running from marriages, lawsuits, the IRS, or maybe just every now and then someone needs an eraser, some whiteout to rub over emotions, fears, anxieties.

A clean slate that would bring a temporary Nirvana when some, if not all, of the mental and emotional baggage can be discarded with your old life. Wrapped up in a garbage bag and left behind a bowling alley.

The feeling never left me.

When I’m in a neighborhood I look around and judge whether or not I could disappear to here.

Would people find me?

Would I ever run across someone I knew or who recognized me?

Could I just be swallowed up by the chaos here, live in a shelter, work temp jobs in the back of a deli, argue in broken Chinese in some broken down Chinatown?

“Mad Men” is coming back this Sunday. Don Draper, of course, lives a secret identity. And one of the best episodes to ever appear in television history was the episode (“The Jet Set”) where he lived a secret identity within a secret identity – when he just simply disappeared while standing in the lobby of a hotel in California and went off with a bunch of wealthy vagabonds, each with infinitely long back stories that we would never know and never hear of again.

By the time Draper emerged from this new identity, he found himself wealthy, divorced, and dealing with the questions we all grapple with: who are we really?

I have baggage. I have people I care for. Other people I’d rather avoid. I have things I hope for. I have goals and ambitions. I have grudges.

No matter how much of a minimalist style you want to have, you still are stuck with all these things in your head, for better or for worse.

What if you could just wake up in a new place and all the baggage is gone?

What if you decided, “You know what, these goals aren’t worth it. Too many people die while climbing the perilous mountain of their goals.” When you are young you think you can climb that mountain. But when you start to get a little older you realize, “Damn, if I fall then that’s a long way down.”

Disappearing into the depths of some ghetto, satisfying only your minimal needs, using your aura of mystery to acquire minimal friendship, and just living each day as it is dealt to you, might solve these issues.

The question is: with your current identity, can you live as if you’ve already disappeared?

We all want to de-clutter. To throw things out. But a minimalist lifestyle is bullshit unless you can do it across every sheath in the daily practice: not just physical, but also emotional, mental, and spiritual.

More importantly is to throw away the baggage, the grudges from the past that 1000 years from now will mean nothing, give up on the ambitions for the future that are more trouble and anxiety than they are worth, to de-clutter your brain.

To be free. To suffer a “little death” or to be “born again.”

Picture yourself in a brand new identity. Truly homeless. A vagabond. A nomad.

Imagine you have enough in the bank. Imagine your prior responsibilities are all taken care of. You can go to India and live there for 20 years on almost nothing.

Nobody knows who you are. You are brand new. It’s as if you woke up in a new body. You have no connection to the past and no goals for the future.

Really picture every detail of it. When I visualize it I feel a great weight lift off my shoulders. I want to feel that way all day long.

Tell me the truth – how do you feel? 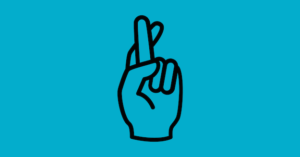 Twice in “Mad Men” they play in the background “Song of India.” One time when Don is meeting Betty Draper in Italy. Another time when Don disappears into “the Jet Set.” The song evokes mystery, foreign-ness, a sense that anything is possible, a feeling of disappearing into a long-forgotten dream.

Here is a link to a non-vocals version of the song (i.e. what they play in the show):

I also like with vocals.  I actually think this is the version they play, but without the vocals.