How to Fight For Personal Liberty

“Marc@FreeMarketsFan” asked me this question during my Twitter Q&A last Thursday:  What is one thing a regular individual can do every day to keep fighting for our personal liberty?

So the answer is: stop fighting others for personal liberty. They don’t have your liberty in a bottle somewhere. They will never give it to you. It’s not theirs to give. And you just make enemies and you make your heart and brain angry. Fighting makes you more and more enslaved by your visions of personal liberty that are not outside but inside. You don’t have to “keep fighting”. The fighting is over.

The government, the corporations, the powers that be, don’t care about your personal liberty and never will.

If you are angry, scared, anxious, depressed, about the limitations on your personal liberty then the first thing you have to work on is your own inner self.

You already are free. Deep down, the awareness that creates thoughts, that creates fears and worries, is already free.

The moon exists whether or not there are clouds in front of it that obscure it. Your thoughts and fears are the clouds. But the real you is the moon. 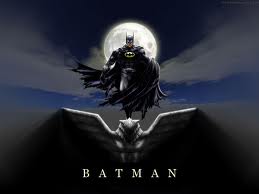 Get back in touch with that feeling, the awareness behind all the thoughts.

This is personal liberty.

And it is only in this way that you can fight for personal liberty on a grander scale, by being a beacon to those who are still lost in the clouds.

[This is my attempt at making a Seth Godin-style post. One time Seth and I were introduced via email. I had seen him an airport a few weeks earlier but was too shy to say hello to him. I responded to the email by paying him what I thought was a compliment. I said that sites like Pinterest and instagram show that people want to see things shaped like photos and I congratulated him because all his posts are about the size of a photo. He wrote back:

“it’s not on purpose!

[Oh, the funny thing about the above comment on Seth Godin was that it took someone from India to introduce us, even though we’ve shared the same book publisher and editor and live just a few miles apart. But that’s what’s great about “social” media. For me, that’s part of personal liberty. I’m free to never leave my house.]