How to Spy on People

“I wish I could tie her up in a closet and only open the closet when I got home,” I said to Brian. “Then I would let her out and we could fool around and then when we were done I’d put her back in the closet.”  I liked Brian because he was a Life Master at bridge. Back when I was in college I liked people with ranks of some sort. Guys, that is. But I had no such prejudice with girls. I liked them all. I had this sense that if I could get access to their naked bodies then I would always be able to learn something new.

It was freshman year of college. Tracey and I had just started dating. When we first started up I was too nervous for anything. She was the first girl I had ever even kissed.

I quickly went from nervousness to power to jealousy to inferiority. She had spent an hour in the dorm room of Fernando and I still couldn’t understand that so I wanted to punish her.

“If you always kept her locked in a closet then she wouldn’t be interesting,” Brian said. “She would have no other experiences. You would have nothing to talk about.”

“She’s had enough experiences,” I said. 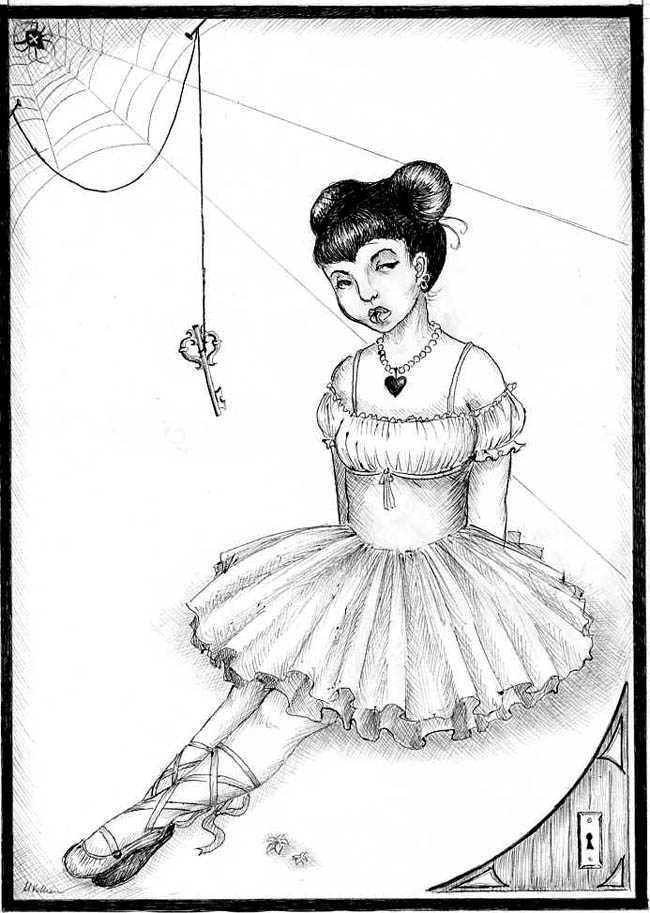 A few years later I had a girlfriend who I didn’t trust. I had met her at work. We would send jokes via emails to each other. Then we would send restaurant picks to each other. Then we went to a restaurant. Then we kissed. I remember a train passing on an overhead track directly overhead. The entire world was shaking. She broke up with her boyfriend and started going out with me. Very bad. You can never trust anyone who breaks up with someone to go out with you.

But she still hung out with the ex-boyfriend as “friends”.

One time I said my computer was dead and and asked if I could use her computer. I downloaded a keystroke logger and installed it on her machine. It logged every email, every password, every IM conversation. There’s no way to trace it on the computer. It sends everything to a central server which would then email an anonymous email account I had set up. I would only read the anonymous  account in random internet cafes in different parts of the city. There was no way to trace me.

She always wrote to her ex-boyfriend in French. They were pretentious that way. When two people speak to each other in a dead language it somehow makes them feel more alive.

Sometimes I would say things to her that her ex had emailed to her. Like about a random movie or person. I’d test to see if she would get suspicious or react but she never did.

One email to her ex said, “I miss you horribly. You’re the most important thing in my life.” The very next email was to me, “I might not be able to make it later. Feeling very tired.”

Another email to her ex said, “sometimes when I kiss James I’m thinking of you. If he were dead it would make my decisions easier.”

One time she didn’t pick up the phone when I called her at 8am. I went over to her apartment. She didn’t answer the doorbell. I walked around and saw her walking around the streets. She looked like she was stumbling. When I got closer I saw she was crying.

“Shut up!” she said, “I don’t want to be pregnant.” We went up to her apartment to talk.

A few minutes later she told me she didn’t know who the father was.  I ran out of her apartment, almost falling down the stairs and into all the bicycles stored there. The sky seemed orange. All light was a glare. I put my hands up to shield myself from any color, any stimulation at all. I walked a hundred miles that day, wandering until I was so lost I became another person.

She didn’t pick up the phone for several days. It was hard for me to focus on work.

She aborted my potential child and then called me a few days later. “I’m sorry,” she said, and she was crying. “I kept thinking I would’ve named the child Daisy, after your grandmother. I was thinking that during the abortion.”

What do you say to that?

I want to be a good person. But I feel like with everyone there’s mostly just darkness and we try to turn on the tiny flashlight inside so there’s a little bit of light. I guess one goal is to make that light larger and larger every day. But who knows?  I don’t know anything.

I look over at Claudia, sitting on the couch in the next room, working on her own blog posts, sipping coffee, her long legs stretched out on the coffee table, typing away. She seems very happy. Maybe she’s the one person in the world with no darkness. Sometimes it seems that way to me.  Maybe I’m just fooling myself. I hope to god I have the mental skills and acting ability to never take off my mask. I’m afraid for her to see the real me.