Ugly men don’t get clicked on. I interviewed four prostitutes, drug dealers, criminals, potential dates (for me), and homeless kids every single week for three years.  I have written about this before but my job was to go out on Tuesday nights at 3 in the morning, find out who was roaming the city, for what purpose, and photograph them and interview them. I learned a useful skill: how to build a quick rapport within seconds with potentially violent criminals and their closest friends. On more than a few occasions we were chased and bottles were thrown at us.

HBO required me to bring a bodyguard that they hired. One time we were in a bar all the way on the west side. We were wearing undercover mikes. The bar was filled with transvestite prostitutes: men who were usually midway through the transexual operation who sold whatever hole or service they had available. One “normal looking” guy in the bar told me he lived in New Jersey, had a wife and kids, but about once a week he just needed to get F-ed in the a–.  Eventually, the manager saw us with a mike, or the video camera, or we just looked like we were up to no good (which says a lot in a place like this) and we were literally picked up and thrown out of the bar. And then the bouncer started to chase us. The fastest runner among us, he was about 3 blocks ahead of us after a few seconds, was the bodyguard HBO hired. So we never used one again.

So it was an experiment. I make use of the results of that experiment almost every day.

Another experiment I did: In 2006 I wanted to start a website company. I created over a dozen websites. Dating websites, content websites, information websites, etc. The one website which took off: a financial media site called Stockpickr.com, which I sold to thestreet.com a few months later. Because I viewed it as an experiment, I had no problem shutting down the ideas that weren’t working. (My friend’s experimenting with simple patio screens websites right now.)

Another experiment. When I was dead broke, separated from my wife, and first entering the craziness of the dating world I had to experiment to see how to keep sane, how to get motivated, how to find someone I loved, how to learn how to basically find out who I was for the first time in a dozen years and then how to take that “self” and get off the floor in order to succeed and flourish.

Every day, wake up and see what you can experiment with. Foods, lifestyle, exercise, people you associate with and how they make you feel, methods of meditation and self-improvement, methods of feeling contentment when everything seems to falling apart around you. It’s all experiment. Today I woke up extra early, went out by the river in the dark and breathe in while I listened to the laps of the current and the freight trains in the distance. Would my day start off better, more creative, as a result.

Your life and the life of the entire universe. Learn what you can. Study it. Test it. Whenever you find yourself too absorbed in any one result, take a step back. “This is an experiment” say, and wait for the results or try something new. The scientist is happy. You have everything you need in your laboratory. Now go. Be a scientist of life. A lover of the results no matter what they are. And when you find something useful, learn from it and apply it.

Here are the benefits:

1) Improve the world. Why do scientists experiment? Why do they try different cancer drugs on rats? To see which rats get cured. To see how humans can get cured. To increase life. To increase quality of life. To improve the problems they see in the world. It’s rare that a scientist experiments to see how quickly they can destroy the world (although that happens). Mostly, people develop a theory about life and want to know if it holds true. Your experiments in your life can improve the world around you. The lightbulb inside of you will shine brighter and cause other people to see the results you found through your experimentation.

2) Curiosity. You are curious about something. Will a girl like me if I compliment her dress? Or if I compliment her smile first? If I’m polite to the officer who pulls me over for speeding as opposed to argumentative is he more or less likely to give me a ticket. If I meditate while sitting down will that be “better” for me than if I do it while lying down? I’m curious. You find out answers to the questions life throws at you every day. What do you need these answers for? See below.

3) Self-improve. Is it better if I call the girl right after the date? Or wait awhile. If don’t eat carbs for a week will that do better than if I don’t eat meat for a week. If I smile at people, will my day be better? Maybe your day will be worse. But as you learn, your life will improve. Every day, every moment, you can think of the things you will experiment with that will improve your life.

4) Detachment. It doesn’t matter the results. A scientist tests because he doesn’t know if the answer is “A” or “B”. He might guess it’s “A” but he doesn’t know. This gives you some detachment from the results of your efforts. When you get too attached to the results, to a future outcome, you can get disappointed and frustrated. But detachment allows you to say, “ok, that didn’t work in the past so I will try something new in the future”. You stay in the present, reformulate the experiment and begin again. That’s how Thomas Edison failed 9,999 times on the lightbulb but succeeded on bringing cheap light to the world on the 10,000th try. That’s how musicians finetune their greatest works until the produce masterpieces.

They don’t get frustrated with the past or scared for the future. They are detached from that. They experiment.

I want my life to be a masterpiece. But in order to do so I can’t get attached to the results of each experiment. I have to be aware of how to do the best experiment, and do my best effort now, and then watch with detachment what happens. This has deep consequences. See below.

5) Share the Results. Once you know something works for you, you can share it with others. It may or may not work for them. But if they trust your abilities as a scientist of life, they will try and see if it works. Buddha did this. He said, “don’t believe me. Try it for yourself.” What worked for me was The Daily Practice that helped me get off the floor whenever things were so hard I didn’t know how to move forward. That was 20 years of experimentation. A lot of times I didn’t know I was supposed to treat it as an experiment. I got too caught up in the results. But ultimately it worked and I’m able to share it at tdp.me.

6) Focus. When you view life, or your day today, or your moment right now, as an experiment, you are able to focus on what you are doing. If you do the experiment wrong everything can blow up! So you have to focus. This keeps you from getting lost in the future or the past. If you get lost in what you hope to be the results, it might skew the experiement.

7) You can Change Contradictory Beliefs. For instance, if you grow up believing owning a house leads to happiness, you can look at people who own houses and those who don’t and develop a metric for determining who is happier and less stressed and test to see if the hypothesis you grew up with is true. Again, the key is not getting attached in advance to the results but to have a detachment about it. It’s an experiment. And you TRUST that the results will help you form newer and more accurate beliefs. 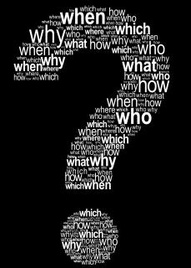 8) Going Deeper. Experimentation brings you into the present, and forces you to be detached from the results. But let’s go even deeper. This is the most important point of the whole article. Your thoughts themselves can be experiments. Is it less stressful to be angry at someone? Or to ignore them? Or to gossip about them? And then the question is: if you are experimenting on your thoughts, WHO IS DOING THE EXPERIMENTING? Experiment on EVERY thought, and then ask, who is the scientist doing this? Who is the observer of these thoughts. You can go deeper and deeper. Even asking who the observer is, is itself a thought. Well…who is doing that observing? Ask again and again. Go deep with your experiments. The laboratory is first your physical surroundings, then your body, then your emotions, then your thoughts, then….mystery.

9) Keeps me Grounded. When I used to be a daytrader I had two choices. I could form complicated opinions about companies and the economy that may or may not be true. Or I could experiment. I wrote software that would ask questions like: if MSFT went down for 5 days in a row after their earnings announcement, what was likely to happen next. If 99% of the time MSFT would go up the day after from 9:30am to 10:30am then I would buy. Then I could forget all about the past and future of Microsoft and all about my stupid arguments as to Microsoft’s viability. I would trust my experiment. And that kept me grounded so I wouldn’t get too emotional in the trade.

Similarly, when I get paranoid now about a person I could say to myself, after 100s of times I’ve been paranoid about people, none of my fears have come true. That is an experiment that I can tell myself next time I’m feeling very paranoid. It grounds me in the truth. In my own experience. It takes me back to the moment instead of getting me lost in the distant past or the far away future.

Every artist experiments. With colors, ideas, styles, everything. Now all life is your canvas. Make it a beautiful work of art.