How to Win Friends and Influence People

One time I tried to move into a homeless shelter in Pittsburgh.

I had this image that it would be like some sort of sex dormitory. I would meet all of these homeless ex-prostitutes or lonely single mothers and we would sneak into each other’s rooms and fall in love.

We would whisper really quietly to each other at night and it would be exciting and fresh and new.

I asked the manager of the homeless shelter if I could live there. I said I wanted to do research for a book. I also said it was only one block from where I worked so I wanted an easy commute.

He called my boss for a reference but my boss said I was most likely crazy. So the guy running the homeless shelter said I couldn’t live there.

Years later when I moved to New York City it was almost as if I were living in a homeless shelter.

I shared a single room with Elias, who made his living playing chess in Washington Square Park. He slept on the couch and I slept on a mattress on the floor.

The shower was broken and ran water all day and night. If I was sleeping and Elias brought a girl home they would go into the bathroom. My wall was also the bathroom wall. Cockroaches were all over the kitchen.

In the morning I would pull a suit out of my garbage bag which contained all my clothes and belongings and I would put it on and walk to HBO.

One time it was four in the morning and Elias woke me up and said, “I’m sorry, but we have to be out by morning.” I had been paying him $300 a month in rent but he hadn’t been paying any landlord.

I had no idea who actually owned that apartment and still don’t. We had no keys and the door was never locked. But now we were being kicked out. The owners were back.

The next day I moved to Astoria. I still had my garbage bag of clothes and I bought a foam mattress. It was so hot that my sweat would soak into the mattress and stay there forever.

Everyone in Astoria is either Greek or Hispanic. Which means, through a convoluted mathematical formula that I once learned, that I was in love with all of the waitresses. 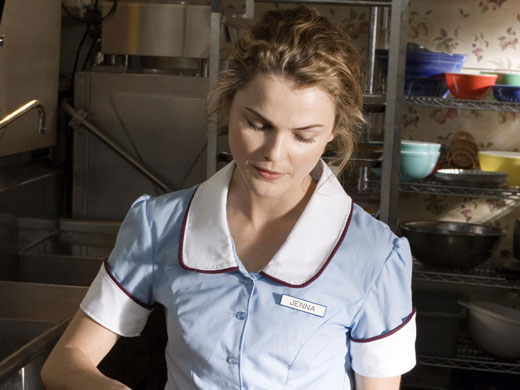 I had a wad of two dollar bills so that when I tipped waitresses nobody would forget me. I would write my office phone number down on all the two dollar bills but no waitress ever called me.

I would wander the streets all night – one of those guys you see wandering the streets trying to make eye contact with everyone. “Are you the one who will be my magical best friend?” That was me.

In a class in the far future a teacher will be referring to this as The Great Astoria Attempt at Friendship.

Eventually I ruined my life and I made a website for money. I went into the website-making business and went from one employee to three to twenty to fifty to a thousand.

But when it was still just three I made a website that gave me enough cash to move into the Chelsea Hotel back in Manhattan.

Suddenly I was in business. I had payroll to make. And I had a fulltime job on the side. And I was actively trying to meet and impress women. And then I sold the businesss. And then another and another.

Lots of things happened. I kept thinking nobody would like me if I didn’t keep selling businesses.

I have to give a talk next week on how to succeed in life. I have no idea what I am going to talk about.

But I do know where I started and where I ended up.

The key to success is knowing that from just a handful of two dollar bills, a garbage bag that can hold all of your belongings, and an extreme insecure desire to be liked, all things are possible.