Sometimes I’m really bad at following advice. Even my own advice. I still get afraid at three in the morning. I’m still afraid of losing the people I love. Or money I’ve earned. Or I’m afraid of people talking about me behind my back. Or maybe my kids won’t like me. Or maybe Claudia won’t like me if she finds out about the “real” me.

Or I get shy at a dinner or a party. Sometimes I feel like I’m scared all the time. And if I’m not scared, I’m angry. Like why didn’t they call me back? Or answer my emails? Or why does this one person send me angry messages all the time?

I feel like in the past fewyears I’ve gotten a little better. I’ve gone from a suicidal, broke, separated lonely mess too…better. And I’ve written about it in various places in this blog. But there’s always moments where no advice helps. Where you sit there with the thoughts filling up your head and you reach the only possible conclusion. I’m mentally ill and I can’t escape.

And then you have to start from scratch. To go back to the basic principles.

Tony Robbins has advice. The  Forum has advice. The Rich Dad has advice. Eckhart Tolle has advice. We hop from guru to guru hoping that this is the one with the “ten steps” or “12 steps” or “8 rungs” or “4 questions” or whatever that can bring us the happiness we are sure we deserve. Spiritual materialism, the constant seeking for an answer we’ll never find, has replaced religion in our society.

Write your own two page self-help book. Put your name at top. Then list your absolute basic principles.

Here’s my basic list. My starting point that I pull myself back to when the pain grips my head:

Before you do the whole list let’s go over some basic principles. We know one thing that’s withstood the test of time:

–          Don’t harm anyone. In their own ways Jesus said it, Buddha said it, Moses said it (before Joshua killed every man, woman, and child in some random city in the Middle East. The Biblical version of the Arab Spring).

But this principle goes beyond physically harming someone.

–          Don’t say anything to someone that would hurt their feelings, unless you truly thought it would be constructive. But in order to do that you have to have the ability to know what “constructive” is, which is hard. So best to just never say anything bad to someone.

–          Harming includes all sorts of other things: cheating, stealing, writing about them, writing emails to them, leaving anonymous comments, playing a practical joke, not following up on a promise, overpromising and underdelivering (my own trademarked way that I harm people). Lending them money can be harming them. Borrowing money can be.

–          Trying to control them. The other day for instance my 12 year old suddenly didn’t want to watch “Glee”. Needless to say, I was VERY upset and tried to control her decision. We were still halfway through season Two. They hadn’t even gotten to Nationals yet! Where did this suddenly come from: “It’s too mature for me.” WHAT!? But ok, I can’t control her. She showed me “Avatar” instead, which I liked.

–          Thinking bad thoughts about them.   Buddha said, before, during, and after any act you do/speak and even THINK, make sure you aren’t harming anyone. Because even thoughts have consequences – they lead to other thoughts down the road, which could lead to harm. [See, “Was Buddha a Bad Father“]

How can thoughts lead to harm? Well, you don’t want to harm YOURSELF. My biggest challenge every morning is that I usually wake up angry at someone. Usually someone close to me. And the cast of characters I’m angry at rotates so I don’t bore myself in the mornings but find someone new to be angry about. Then I find something to be scared about. Then I have to look at the mirror at myself and then I get really scared. Who let him in the house!?

You don’t want to do other things that harm yourself either. Not following up with people who are good to you. Not being nice to the people who love you. Bad diet. No exercise.

I want to improve with age but most people, because they like to harm themselves, reach a “tipping point” (sorry Malcom Gladwell, but I’m about to totally bastardize your phrase) where suddenly things get bad in their bodies and they never get better.

This is usually because they harmed their bodies or minds when they were younger. Every thought of anger or fear you have (and anger is just a type of fear, among many other different shades of that magnificently evil emotion) is like a hammer against your brain. Eventually, or so I hear from hospitals, if you are hit with a hammer long enough it causes permanent damage.

Wow, so that was just one suggested principle of the two page self-help book you should do. But I suggest it, again, because its withheld the test of time.

Let me tell you something about “the test of time”. It works. Let’s pick a random pop star that everyone reading this blog probably dislikes: Justin Bieber. I think he’s worked hard but whatever. I’ll never buy a song by him.

He did a cover of “Yesterday” by the Beatles. Or “Hey Jude”. Or “Disco inferno” (you may argue on this one). But if Justin Bieber did a cover of “Yesterday” or”Purple Haze” it would instantly go to #1. Why? Because it’s a song that’s withstood the test of time. So it works.  (think Marky Mark re-doing Lou Reed’s “Walk on the Wild Side”. BAM! I thought I would never get anything by Marky Mark and there he goes and does a cover of the best song of all time). 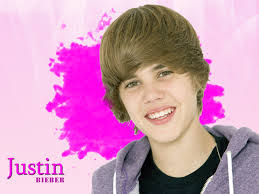 So think about it: what are the five most important principles (other than “Do no harm”) in your self-help book?

We spend so much of our times trying to deal with our fears: fear of poverty, bad health, old age, dying, people hating us, people cheating us, or cheating on us, or craving something we don’t have, people ignoring us. These fears consume most of our day.

But fearing these things have never helped us.We rarely take a deep breath to think of the four or five or ten principles that we should try really hard to live our lives by.

Life compounds on an hourly basis. What you do today and then tomorrow and then the next day, builds up exponentially inside your body and mind. It’s how you create great physical health, emotional health, mental health, spiritual health, and great success.

I’ve written down my basic principles for how I think one can be the luckiest person alive.  But your principles might be different.

We live in an advice culture, with hundreds of dictums of advice thrown at us. So assimilate those, figure out the four limbs, ten commandments, two principles, whatever, that have worked for you in the past. At some point today if you have five seconds, write them down on a piece of paper. Then if you want, share in the comments so I can learn also. Write your Bible. And share them with the world.