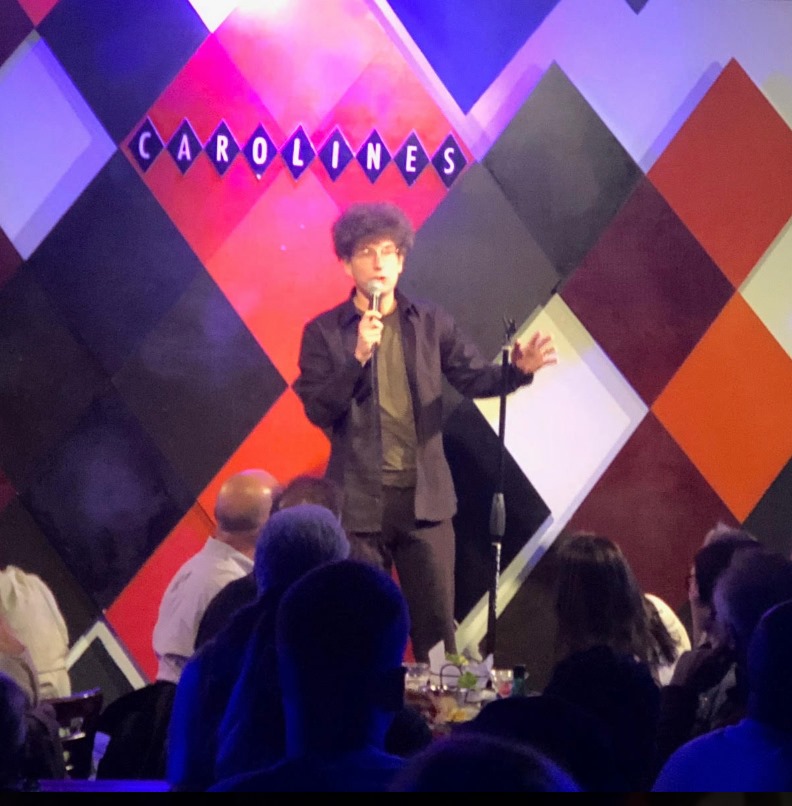 “Why don’t you ever talk about climate change on your podcast?”

It was Christmas night. Full house at the club. I just had done a standup set for 60 minutes and did a little Q&A afterwards.

At first I was thinking of a real reason.

I was thinking how my wife hides the plastic straws because my kids only want metal straws. Kids are obsessed with plastic straws.

One flush = 100 plastic straws in terms of carbon footprint.

And one metal straw takes up the same resources as making 10,000 plastic straws!

We were in a comedy club. Why not?

On January 7, when he was accepting the Mark Twain Award, Dave Chappelle’s first “thank you” was to the man who mentored him many years ago, comedian Tony Woods.

Tony himself asked me to feature (do the 20–30-minute set right before him) for his four headlining shows at Carolines on Broadway this past weekend, the biggest club in NYC.

It was the funnest weekend ever.

Just watching Tony Woods was a master class in comedy. A class I had been attending for 23 years.

In 1996, I interviewed a young Dave Chappelle at the Aspen Comedy Festival. As well as George Carlin, Rodney Dangerfield, and others.

I asked Dangerfield about the craziest thing that ever happened to him at 3 a.m. A half second later he said, “Her husband came home!”

I would go to standup shows whenever I could.

Every Monday night was the Luna Lounge, where Marc Maron was often MC-ing. Amy Poehler would perform with her improv group, the Upright Citizens Brigade. Louis CK would perform. Many others.

I started public speaking a few years later. I was always scared to speak in front of others and be judged. But I always had two goals when I spoke:

I’ve been writing every day for 29 years.

My one goal when I write: never hit “publish” unless I am afraid of what people will think of me when they read it.

Thank you, Chet, for reminding me of this when I said, “Not a single war can be justified,” and after 20 years of friendship you stopped returning my calls.

Standup comedy is the new voice. People now argue over a Ricky Gervais speech. Or a Dave Chappelle special.

Everyone else is partisan and the comedians are the last holdouts.

I’m over 50 years old. When you start something new in life, people always say, “You have to wait in line.” Or, “You have to pay your dues!”

No I don’t. There are no dues. I’m done with dues. And I like to skip the line.

And yeah, I also went broke, had businesses fail, and wrote some horrible books. And failure sucks.

The “line” exists for people who are afraid to skip it.

A few months ago, I wanted to start a new podcast. Everyone said, “You can’t do that. There are already two million podcasts!”

So what? Stay tuned for the launch next month.

I wanted to make a new card game that my teenagers can play.

Someone said, “You can’t do that!” and they listed the various laws I might be breaking when I described the game.

So what? Game in production right now.

I won’t know if it’s fun until I play it.

10 THINGS I LEARNED FROM TONY WOODS

I want to write the “10 things I learned from Tony Woods” because I learned a lot. But I don’t want to give away spoilers on his act.

I’ve done five shows with him, plus seen him many other times.

So here’s a brief summary that applies also to most areas of my life.

10 THINGS I CARE ABOUT MORE THAN CLIMATE CHANGE

(Not in that order all the time.)

Those 10 things already occupy all the space in my brain. I can’t fit anymore.

I’m not saying one thing or the other about climate change.

But these 10 things keep me busy and are more important to me.

Everything else can wait.