I Don't Know Anything

I really messed up and I’m ashamed of it. A lot of people wrote articles saying bad things about me over the past two years. I’ve written about some of them here and I’ve given them too much attention. And some of them I’ve thankfully ignored.

Someone wrote an article a few weeks ago criticizing badly something I’ve said. In doing so he proceeded to have his fun in every way and then other commenters joined in. 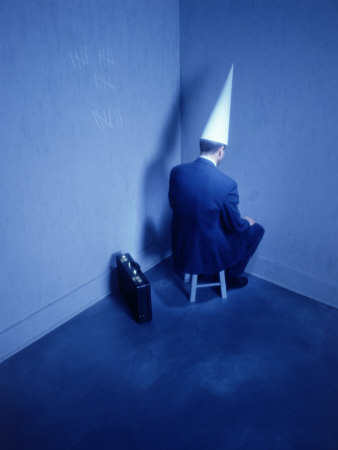 My problem is this: I responded. I went into the comments and I said “this” and “that” and tried to defend myself, etc.

For one thing, the article against me was totally correct. I simply don’t know anything. I just have opinions about things. Other people have opposing opinions. In fifty years none of us will have buildings named after us so what does it matter. Even if it were a nice big building named after us it still wouldn’t matter. We can argue about economics or politics or relationships or whatever. Who cares?

Sometimes people present opinions in a way that shows me they are jealous or unhappy with their lives. Perhaps the mother or father beat them as children and now they want to beat me. I don’t know if that’s the case here. The author was anonymous. The commenters were anonymous. They all clearly disliked me and like a little baby, that hurt my feelings.

So I got into the mud and played with pigs.

As I mentioned in the article, “How to Deal with Crappy People” and “The Crappy People FAQ” when you get into the mud with pigs, you get dirty and the pigs get happy.

So I got very dirty. What does that mean? Did I really get mud on me?

No, I got a ton of bad energy on me. All over the Internet people spew their negativity. I want to be positive. You can’t be positive if you are around negative people all the time.

And so my goal of becoming a good, positive person who helps people gets severely hurt. Why say severely? It was only for a day or two. It was only the Internet. I’m not upset at the anonymous trolls. They can’t help themselves. But there was no reason to go negative when I could’ve been positive.

A day or two is a long time. Every day counts. If you want to meet the love of your life and you spend time chasing a girl who treats you like crap then that’s one less day your energy went towards something very negative in your life instead of something very positive.

If you work a bad job and decide to trash your boss in gossip with your co-workers and then go out drinking away the misery that’s one less day you could’ve been developing skills, developing your network, and reaching out to positive people who could’ve helped you move into a better position.

Those days are opportunities you may never get back. Who knows what you missed out on them. They don’t repeat later. You’ve lost them forever.

So I write these posts, “How to Deal with Crappy People” and then in this case I don’t follow my own advice. Maybe that was the day I could’ve written a post helping at least one person and then the world could’ve been a better place.

And it’s not that I am so great. Think how it all adds up. Everyone fighting their imaginary enemies. Everyone going out to dinners and gossiping and getting jealous and chasing things that are bad for them. Everyone who is missing out on helping people or doing better things in their lives than arguing. It all adds up.

Finally everyone was ganging up on me in this article. Saying what a fool I was. Saying what a jerk I was showing myself to be. The more I answered, the more I was being buried in the quicksand of mud. I was getting angrier and angrier and so was everyone else. And I really felt like I was paying attention to these people and ignoring others who were so much nicer to me and who I should’ve been really paying attention to.

So finally I wrote in the comments on that article, “I’m really sorry I didn’t give the answer you were looking for.” And decided to stop.