I Like the Market. Plus: the New Normal, Robots, Biden, Trump, and More! 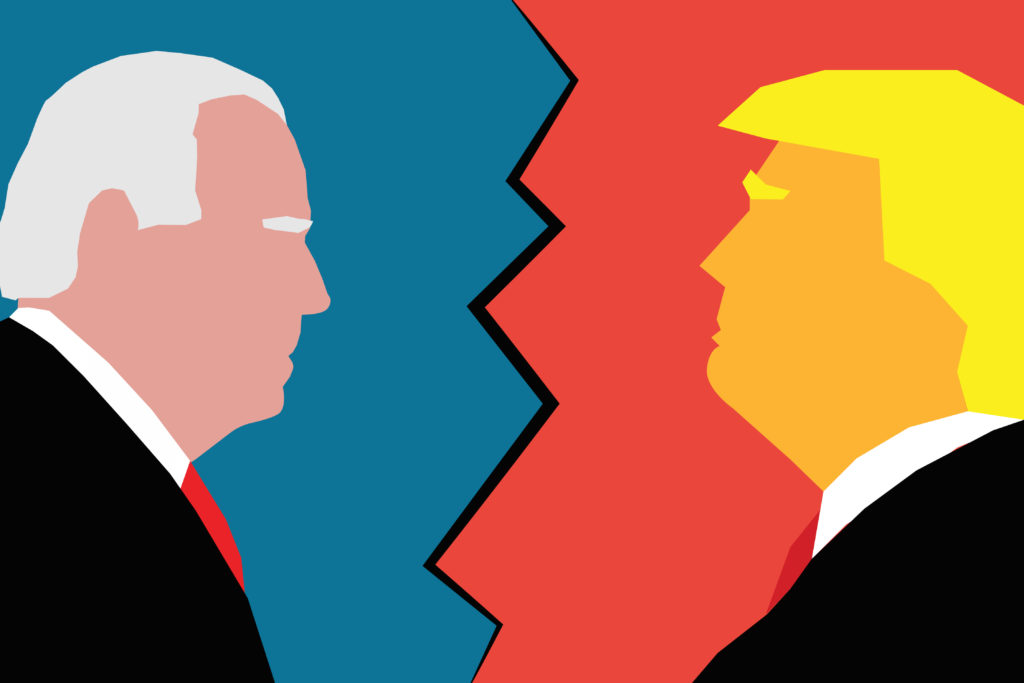 In other words, a normal day. To me, this is MUCH more bullish than the market GOING UP 10% in a day.

Does this mean that things are OK?

I don’t know. If you want things to worry about, there are plenty:

I have pretty pronounced opinions on the above but there still is some uncertainty.

Does this mean one should buy the market?

There are two answers:

NO: If you can’t handle the fact that there will inevitably be volatility that could even take us down to the lows before going up again.

In my book, “The Forever Portfolio,” which came out during the LAST crisis in December 2008, I recommended IRBT, which makes robots.

The stock was around $11 then. It went up to as high as $140 a year ago. And now it’s at $47. So down from the highs since the virus started. This is, for me, a “forever” stock. But even more, robotics will be a HUGE beneficiary, wherever the world is heading.

Remote medicine will require heavy use of robots (doctors would rather not touch contagious patients).

Remote disinfecting: Robots are being used now to disinfect surfaces at shopping centers and hospitals.

There will be thousands of uses of robots in the years ahead. I would not be surprised if IRBT heads back to all-time highs above $140. This is not a recommendation. Just a guess. I already recommended it in December 2008 and it’s doing well and will continue to do well.

Warren Buffett once said, “If a company will still exist in 20 years, it’s a good investment now.”

Will IRBT exist? Well, it is profitable so that’s a good sign. But also, it has $256 MILLION cash in the bank. And about $60 million in debt. So $200 million in cash when it pays down its debts. And increasing cash every quarter.

My guess is: It WON’T be around in 20 years because someone will buy it beforehand.

But that means it is probably a good investment now.

Again, not a recommendation. Just the way I am starting to look at things now.

By the way, the above example underlines the two main themes I am looking at for the “new normal.”

Anything that can be remote… WILL BE remote.

Even when the economy reopens:

And everything that was going to happen eventually in society… will start to happen NOW because everything is accelerated.

REMOTE and ACCELERATED. Use those two words to see if they apply to your thoughts on what \the “new normal” will look like.

Some random but important notes.

When Will the Economy Reopen?

Finally, the PEOPLE are starting to push it. Over 2.6% of the entire state of Michigan has created and joined a Facebook group dedicated to convincing the governor to reopen.

The governor of Texas has already pledged to reopen.

This is starting to happen in every state.

If I were to guess, this is what will happen:

BUT… BUT… what if deaths come back?

But, remember. THE ENTIRE PURPOSE of “flattening the curve” was NEVER to eliminate all cases or deaths.

The entire purpose was to make sure the healthcare system was not overwhelmed.

The healthcare system did not get overwhelmed. And N.Y.C. represents almost all the hospitalizations in the country.

So, mission accomplished — flattening the curve either worked or we simply got lucky (without a scientific look at this, there is no way to know which policies worked and what was useless).

So if there are new deaths, enough to threaten the system, then there will be new restrictions. But my guess is we will never lockdown the economy again.

One more thought. I wrote about Predictit.org a few months ago and I mentioned how I was betting on it. I’m up about 30% in the past six months. Which means nothing (I started with $1,000, now I have $1,300 there).

But I wanted to share my latest best and why.

Remember: A bet doesn’t imply an opinion about a candidate. I might think Snoop Dogg would be the best president of the U.S. but I would never make a bet that he WILL be president.

Also, this is important: A prediction doesn’t have to come true in order for a bet to make me money. It just has to have an uptick enough to take off a profit.

A few weeks ago, “shares” of this were trading for $0.07. When he started getting more popular after Trump mentioned him in a press conference, shares shot up to $0.15. One could’ve taken the trade off there. Now it’s back down to $0.07.

I made a few bets:

A) TRUMP WILL WIN THE POPULAR VOTE

I have no idea if he will win the popular vote. But I do think several things could happen:

I also bet that:

B) BIDEN WILL NOT WIN THE DEMOCRATIC NOMINATION

I have to keep reminding people: This is not a political opinion, but a calculated one.

I’m hearing from people inside the Democratic party that they are basically s***ting in their pants that Biden is going to be their nominee. That out of 60 million Democrats, the people have selected Biden, who quite likely has dementia and has other baggage (recent sexual allegations, Hunter Biden, etc.). The bet is that perhaps Biden will be persuaded to not run.

All it takes is for one major newspaper to hone in on the sexual allegations (whether they are true or not) or one more major gaffe, or an uptick of Trump in the polls when economy reopens… and my bet can easily go to $0.30 cents, which is a double and I’ll take it.

I don’t need to wait around and see if he gets the nomination or not. That’s the beauty of these prediction markets. I am betting more on direction than result.

In any case, I find these prediction markets fascinating and it’s a way for me to have skin in the game.

I talk about these topics and more on my Instagram Live Q&As that I’ve been doing every day at 2 p.m. EDT. Follow me @altucher on Instagram, tune in to my Live session, feel free to ask any questions, and I usually get around to answering all of them.