What I Would Do Right Now to Save the World 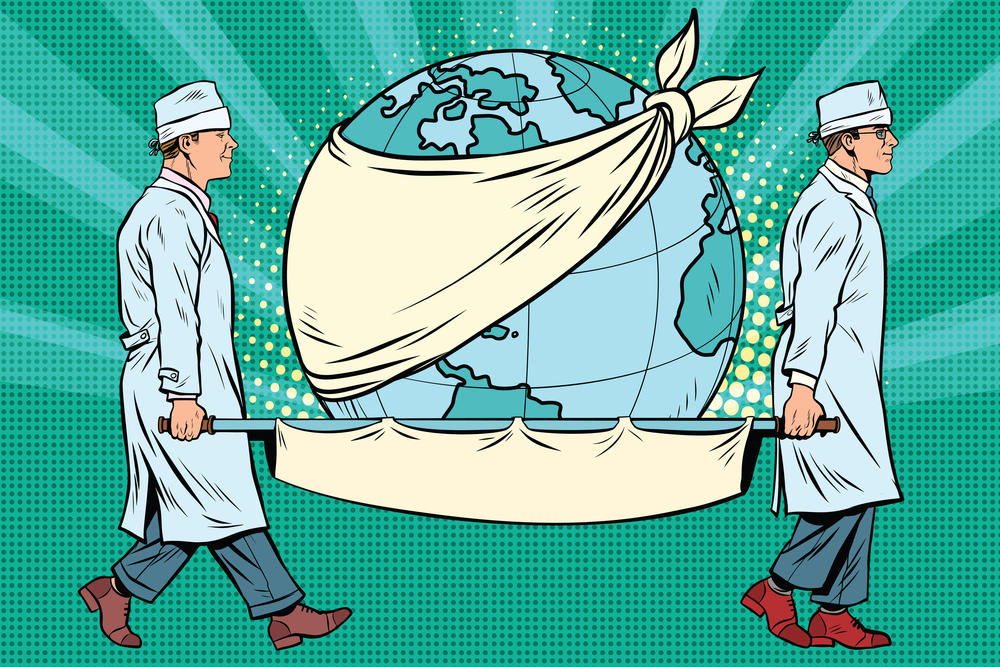 The market was up huge yesterday. I don’t like it.

I want the market to go up. I’m absolutely sure that there is greater than a 95% chance that the markets will be SIGNIFICANTLY higher in the near future.

In other words, on the one hand, the market is a strong buy.

But as I wrote last week (when the market was higher than it is now), I DO NOT BUY when markets go UP OR DOWN 10% in a day.

That’s too insane. It means there is too much uncertainty. It means amateurs are getting in the game (or billionaires who can afford more risk).

If you are a daytrader, knock yourself out. After a big down day, if I were daytrading, I’d buy short-term at the close and then get out the next day on an up open. Or if there’s a big down open, I’d buy the open and hold for a few minutes to catch a bounce.

But I’m not a daytrader anymore (after 10 years, my body and mind couldn’t take it anymore).

Here are my assumptions:

A) I want to invest in great opportunities that have one of these two characteristics:

B) I don’t want to invest in the middle of a shitstorm.

Instead, there’s still a lot of uncertainty (and this is day by day):

Which means already most restaurants and the millions of workers they employ are out of business/unemployed.

The number of unemployment filings this week will be greater than any week since the Great Depression and might actually be the greatest ever.

Every single day of the lockdown pushes the economy closer to a breaking point.

Now, I do think we are getting closer to CERTAINTY and here’s why (although these aren’t predictions, just guesses based on either my own experience, conversations I’ve had with experts on my podcast, or in my role as an investor, etc).

Although we are too early to really tell, in all the countries where it started a month or so earlier than the U.S., the pandemic peaked and then, as pandemics have ALWAYS done throughout history, slowly drifted down.

This pandemic seems to have lasted 3-4 months in every country. Regardless of strategy. So it’s unclear if any strategy works. It might be the case that the pandemic starts strong, affects the weakest (so deaths spike early), and then reduces its strength as it infects younger people, and then dies out.

There’s some evidence Italy might be nearing a peak of “new deaths per day.” I’m keeping an eye on that and on the U.S. data.

Also keeping an eye on China and South Korea as they try to get back to normal. Will the virus let them?

My working theory: that the virus will peak in the US around mid-April, give or take a week.

The stimulus plan, the Fed cuts, other actions the Fed is taking, other ancillary stimuli in the economy (e.g., low oil prices), will have an ENORMOUS effect on the economy.

Or, at least, an economy that is back to work.

We live in a $15 trillion economy.

My guess is the stimuli is altogether going to add up to $6–10 TRILLION. Add in the fact that every single dollar tends to flow through the economy more than once (i.e., I use a dollar to buy a newspaper, the newspaper guy uses that dollar to buy a coffee — and $1 just added $2 to the economy) and the stimuli could be multiples larger.

That’s actually scary in the long run (again, the topic of another post in the future).

But short-term, assuming other things have some normalcy, this is A LOT OF STIMULI. Everyone is going to feel the effects of this. It’ll feel as if money is dropping from trees.

We have never been through stimuli like this (uncertainty). Not even close (2009 was less than half what I think will happen here). But I do know the effect on the stock market will be enormous.

That’s certainty. But it depends on the other factors.

If the lockdown lasts another few months, the economy will be fundamentally different. I don’t know how different (uncertainty) but different enough that I have no clue now what it would look like — only that it will be very bad.

That said, I am optimistic. I don’t think this lockdown is going to last that long.

At some point, the leaders of both parties are going to have to acknowledge that the deaths and suffering from not loosening up a little will be much more than any worst-case scenario of coronavirus.

I am optimistic they know this.

The reason for the lockdown is to “flatten the curve.” That doesn’t mean less deaths. It means more time between deaths, so that the hospitals do not get overwhelmed.

Even if my scenario above (about the timeline of the virus) is wrong, we do know that companies are donating millions of masks, equipment, ventilators, etc. to the healthcare system. Cruises and convention centers are turning into hospitals. Many things are happening to achieve the goals of flattening the curve.

If we are truly sticking to those goals, then stopping the lockdown does not have to do with avoiding a spread of the virus but has to do with not overwhelming the healthcare system.

Which means the lockdown could start being unlocked as early as later this week or next (realistically, probably next week is a best-case scenario).

My hope is by April 6 it is mostly unlocked to avoid a tipping point scenario (uncertainty).

Here’s what I would do if I were making these decisions. You have to be very analytical in moments like this because no matter how you cut it there is tragedy.

Unclear. Again, the goal of social distancing is to flatten the curve so the healthcare system can handle it. If it turns out cases go up and start to overwhelm the system, then this would have to be rethought.

Also, people can still quarantine themselves until data is better. Always give that option.

Is this favoring BIG MONEY over deaths from the virus?

No. If there are 30 million people unemployed (as is expected if the lockdown goes on too long), then there will be considerably more death and suffering.

Unfortunately, these decisions have to be balanced. If I were on my deathbed right now from coronavirus, I would say the exact same thing.

In the meantime, I’ve been interviewing tons of doctors, economists, specialists for my podcast and for these articles.

And every day at 2 p.m. EST I do an Instagram Live to update people and answer questions.

Also, today on my Instagram account, I’m doing a giveaway contest of my six favorite quarantine books. No strings attached — you just have to enter in your favorite books to be entered in the contest. I’ll do this every month.

Don’t forget that this is the first time in the history of the human species that we’ve all been united under one goal, one purpose.

To be alive now is painful, exciting, anxiety-ridden, sad, stressful. We are all going through it.

But it’s momentous. This is what will define our generation(s) as the “greatest.” Nothing like this has happened in the past 200,000 years of our species.

I don’t want to say “enjoy it.” But I do want to say: be the hero of your story. See who you can help. Be bigger than the anxiety trying to pull you down. Be able to look back at this moment and say you did your best in a time of incredible uncertainty.

This virus seems to be enhancing what is already inside each person. Jerks are turning into bigger jerks. Compassionate people are becoming even more compassionate.

This is one of the few times you get to really decide, in a very difficult time, who you really are. Hopefully, we all make the right decision.