I Want Less for Christmas

The worst ever was when I gave her two balls for Christmas. How would I know? I was in third grade. It was one of those things where you pick a random person in your class and you have to exchange gifts. Someone gave me an awesome gift. A globe of the moon, completely detailed with all the craters, moon landings, and so on. Complete with the Oceanus Procellarum, the Mare Marginis, and all of your other favorite Moon hot spots. Everyone wanted to trade with me. 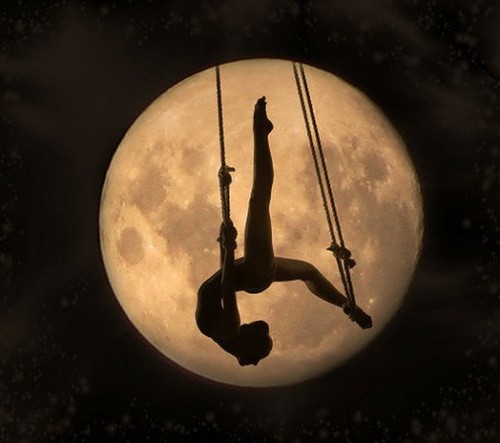 I got Sharon two rubber balls and wrapped them up in foil. I had completely forgotten this was gift exchange day. My mom asked me what I was doing throwing stuff around in the bottom of my closet. “I’m looking for a gift.” I was embarrassed to say it was a gift for a girl. And not just any girl. THE  girl I had a crush on in third grade. I finally found something, with my eight year old hard-earned wisdom, that I thought was appropriate. Two super balls. You know, the kind you would bounce very lightly and it would bounce higher than your body. They were super. And not just one of them. Two balls.

“Are you sure?” my mom asked? “Yeah, these are great,” I said and wrapped them in aluminum foil.

A few hours later, Sharon was crying. She was holding a ball in each hand, not sure what to do with them. You bounce them!

The teacher came to me and hissed, “you should be ashamed of yourself.” Why use a word like hiss? Normally I like to say “she said”. But I really remember it as a hiss. Her face was wrinkled. Her hair pulled back, her glasses tight against her eyes. We all knew that compared with the immortal lives in front of us, that she was going to die relatively quickly and whatever she had to say would be forgotten. But not this one. “Ashamed.” And I was but I didn’t know why. It took me about 15 years to realize maybe she thought I was making some sort of sexual joke with that gift. (“two balls”, get it? hehehe).

I got Claudia nothing for Christmas. (well, don’t tell her but I got her the reader’s edition of Carl Jung’s “The Red book”. She’s got the unreadable version upstairs. This one is more manageable and contains commentary and was just released). And I hope she got me nothing so I don’t feel guilty about it (or, rather, so I feel superior, since I got her something and she got me nothing).

I’ve never been good at any gift giving or gift getting. Maybe I can excuse it to “post-traumatic gift giving stress” from third grade. I hear that’s in the DSM-V coming out (that’s the Diagnostic and Statistical Manual of Mental Disorders. Many healthy people might not know that. More on that one in another post). I may need therapy for $250 an hour for 52 weeks, then repeat because “we’ll get to that next  session” is the catch phrase at the end of every session, sort of like Scheherazade in the Arabian Nights (always ready to terminate the therapist-patient relationship but there’s always that goddamn cliffhanger. Scheherazade, did you go to graduate school to get that many stories?)

It’s too much stress to give gifts. I don’t even know what I want in life. How am I supposed to figure out what someone else wants in life. Like my daughters. I’m a 44 year old man. Do I really have any clue what a ten year old girl wants? No. I don’t even know if she wants my parental love and guidance. That’s just a side effect of her having to occasionally let me open my mouth in her presence.

But I know what I want. I want “Less”. I put it in quotes because someone the other day told me I should say “fewer”. But “fewer” is relative. I want a philosophy of “less”.

And I’m not talking classic minimalism. Where I move into a trailer and live off of canned tuna and animals that wander onto my property that I succeed in strangling.

Situations in themselves are neither bad or good. But our brain then takes them and then does stuff to them. He screwed me out of money. So that’s BAD. She cheated on me. So that SUCKS. It’s raining. I HATE rain. It’s sunny. But it’s COLD and I HATE cold. Or we make excuses: I’m too old/ugly/tired/poor/beaten down to make the next move in my life.

Those are all just thoughts. They aren’t reality. Reality is simply what is in front of us. Our thoughts then do quite a number on us – giving us excuses to do nothing, giving us excuses to fail, to blame others, to avoid responsibility, to screw over others, to complain, to judge, to hate, to take out our personal frustrations on others. We love our excuses. We cling to them and snuggle with them like teddy bears. They protect us from the real world so that we can hide under our covers and think that all is ok.

So I want less:

– less judgments. I mentioned this before. But everytime I find myself thinking: “Jojo is an idiot!” I’m going to replace the exclamation point with a question mark. “Jojo is an idiot?” I want to walk around the world in a constant state of bewilderment. It’s hard because often I just see random people on the street and I think, “whoah, thank God I’m not them.” But I want to catch myself judging people and do it less. “Less”.

– less worries. I’ve done a scientific study on my worries. Trust me that all the protocols were followed. I found that 99% of the things I was worried would happen never happened. And when they did happen, there was nothing I could do about it. And here I am anyway. After all of those horrible worries. So I’m going to try and catch myself when I worry. I’m going to say, “Aha! There you are. A worry. Get away with you now!” And watch it scurry along back into the rat’s nest of my brain.

– less enemies. I’ve been getting better at this. Not responding to hate comments or hate mail. Essentially following my own advice on “how to avoid crappy people”. It’s hard advice to follow. I advocate neutrality to the people who do you harm or who do any sort of shitty behavior to you. Someone said to me the other day, as if competing with me, “The Dalai Lama has better advice for dealing with crappy people.” And, of course, this is correct. Let’s see, the Dalai Lama’s advice. Or James Altucher’s advice. Who is a spiritual leader of millions who has forgiven the country that committed genocide on his people.

But, that said, the Dalai Lama advocates compassion towards your enemies. This is great if you can do it. I just say, “don’t engage.” Life is too short. Say “hi” to the enemy and move on. You don’t have to sit there and practice loving kindness to all of your enemies. I’d rather practice that on Claudia. The Dalai Lama is not married!

– less intrigue. Whether you’re in relationships, or business with people, or trying to rise up in corporate politics, there’s always a lot of intrigue. A lot of, “if I do this, then that could happen. If I flirt, I can test the waters. If I press these buttons then the machine will kick in in everyone’s brain and I will get what I want.” I want to just be a straight shooter. No intrigue in my life. I say what I want. I get what I want. Or I don’t. And then I move on.

– less control. A lot of unhappiness comes from our attempts to control our surroundings. “If I can just get him to do what I want.” Or, “if this illness will just never come back!” Or, “if I can just get her to not sleep with other guys she will be the best girifriend ever.” But things happen. Life happens. Shit happens. All of those cliches happen.

They are cliches because we can’t control them. People want to be spiritual and happy. But then they want to control the world. The best way to have miracles happen in your life is to give up and let the world tell you what to do. This doesn’t mean do no action. This means do what you want. What you love. But if there is resistance you can’t overcome, don’t be mad at it. Think “less” and go around the resistance. Or back up to the point where you can appreciate the moment again. And then go forward.

Always getting back to that moment where you can say, “I am grateful for these things” is a good way to begin any action. Assume life is an ocean and you are a drop. It’s not the drop merging with the ocean that you want. It’s the ocean merging with the drop. Then you don’t need to control every ripple of water.

–  less goals. I wrote a post or a newsletter about changing goals to themes. This is not so easy. We’re so conditioned to think “we need this credential” or “this degree” or “this validation” or “this amount of money” or “a husband” or “kids” and if we don’t get it we are unhappy. Goals are directly related to unhappiness. You achieve the goal and you are happy for a few microseconds, or you are striving for the goal and you are (I am) unhappy until you get it. My theme for the next year is I simply want to create something of value every day.

It doesn’t have to be a blog post. It can be anything. How do I do this theme? By staying healthy. By keeping physically fit, eating well, sleeping  well, being around smart good people, exercising my idea muscle every day, not resisting the life around me, and being grateful. And noticing when something is in my head, some anxiety, some anger, some fear, some worry, that could be “less”. Even saying out loud, “LESS!” when I notice those thoughts. Sometimes you have to whip the mind into shape. It wants “MORE!”

I am going to throw out something every day. I know that if my brain empties, if my wants subside, if my desires for junk start to cease, then that will leave room in my mind for art, for magic, for miracles, for anything I want.

I gave Sharon two balls 36 years ago. I got the moon. I hope she enjoyed them as much as I’ve enjoyed mine.

What I read from right before writing this post: