All I Ever Wanted Was Money

All I wanted was money. My whole life. When I was 12 I read every book about Howard Hughes. How he had fingernails that were so long they curled around his fingers. He stored his urine and shit in bottles so they could be studied later. He only hired Mormons who would every day measure out his floor in square inches and clean them one square at a time with a toothbrushes. They also apparently had no holidays so would even work on Christmas. How he invented the push-up bra, the largest airplane, some sort of tool-bit drill, how he lived the last days of his life in a plane that would only land to fuel up.

That’s it, I said to myself. I want to be exactly like him. I found a glass jar and tried to pee in it but it filled up too quickly. I was 12. Later, I thought. When my parents could afford bigger glass jars. I dumped the urine and put the jar back in the kitchen. I stopped cutting my nails. Girls would ask me how I got my nails so long. They always bit theirs off. Because they were weak specimens of human and I was the next Howard Hughes.

Then I read about H.L. Hunt. He had so much oil coming out of the ground he could afford two families at the same time, one of which would go broke then rich then broke cornering various silver markets and who knows what else. He was the inspiration for JR Ewing of Dallas. Not only would I watch all the episodes of “Dallas” I would also read all the novels. I’d dream about Lucy Ewing and wonder why they never really addressed the fact that in the first season she was having sex with Ray, the hired hand, who they later found out was her uncle.

Because rich people don’t need to ask those questions. You can have sex with your uncle, or your cat or your Bengali tiger, and you can finger people with fingernails that stretched across city blocks. Nothing mattered. Money would buy you freedom. Money would buy you so many Mormons with spare toothbrushes with names like “Bill Gay” (Hughes’s Mormon #2) that your house would never be dirty again and your private movie theater was constantly stocked with movies so you could watch 24 hours a day while shitting in bowls they’d then use to fill the glass jars.

What a vortex of happiness I would find myself in.  I needed to generate this eccentricity as quickly as possible.

The first company I sold I did exactly like that. Within a week I had every bank calling me offering their services. I had never had a dime in my bank account before. A week later I was given a credit card with a $300,000 limit even though I still didn’t have one dime of cash in the bank. Don’t worry if you need more, the banker said to me. We’ll hook it up.

See every girl in here? he said. They’re all wondering who this jackass with the torn pants is walking around with the $300,000 credit card. The stock I sold my company to did well (for awhile). I bought an apartment. I spent a ton fixing it up. I took helicopter rides wherever I wanted. I played poker every night. I gambled on stocks every day. I started new companies. My nails grew longer. I built a gym in my apartment that I never used. I bought expensive paintings.

But the worst is this: I got really scared. I had never been scared before. I always had confidence. Then I had none.

I couldn’t deal with anything. I started studying scrabble all day long. Then backgammon. Then Go. Then chess again. Then back to scrabble. I was obsessed with losing myself in games. I didn’t want to talk to anyone. My penis had shriveled up until it was an old man’s and was useless. My brain couldn’t focus on anything except lists of seven letter words.

If you add almost any letter to the “stem”, SATINE then you can form a 7 letter word. For instance, “X”: ANTISEX and SEXTAIN. Or “E”: ETESIAN. I memorized all the most frequent stems and the seven letter words you can form from them.

I had almost $0 in the bank. I had to trade the markets in the worst market ever to make my monthly burn. The gun was to my head or I was on the streets with two kids. I wrote software to model the markets so I didn’t have to make any decisions. But even then I was so nervous all day I couldn’t stop shaking. I was up, down, up, down buying stocks a computer would beep and tell me to buy. Every cell in my body was sick on the days when I was down. I kept losing weight.

I’d look at my dwindling ATM account and was sure that when it actually hit $0 I would disappear. Then I got a letter from the IRS. They wanted some money also. Who knew? On the street everyone was looking at me, laughing at my failure, everyone doubting my future. For years I was like this. I never slept. Never spent time with my kids else they’d get my bad luck disease.

I developed a “scarcity complex” one friend told me. My body has been trained to never think it has enough. Name any dollar amount and I could instantly tell you how many days, hours, and seconds until I was completely broke, no matter how high it is. Howard Hughes never thought like that. Those aren’t useful thoughts. I had to start training myself every day on avoiding them. So I could function. So I could succeed. 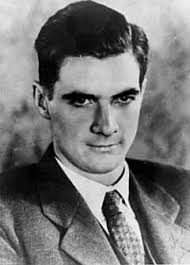 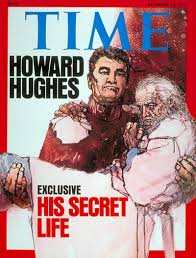 (Howard Hughes from beginning to end)

The other day I wrote a post where I mentioned a girl who would whisper to her friends in seventh grade that it was ok to “not to touch” me during our very intensive square dancing classes. I hated that girl. Tall, blonde, thin, beautiful enough to constantly fantasize about.

Hated her enough to write about her 30 years later. Yesterday, Amy C from elementary school wrote to tell me that that same girl was now dead. She died in her sleep a few months ago from heart failure. Amy directed me to the girl’s facebook page. Everyone was posting how much they missed her.

I felt really bad then. We were once all so young. While she was square dancing with the air in front of her, while I was reading about Howard Hughes’s fingernails and peeing in my parents’ jars, while country music played on the worst record player in the worst gym class ever, while acne was getting drilled out of me once a month, pus all over the little bib they’d cover me with – in our youth we knew one thing for sure that we should never forget: everything we ever wanted is right in front of us for the taking. But be careful it doesn’t take your soul in exchange.