Six Ideas From Islam I Use To Find Success 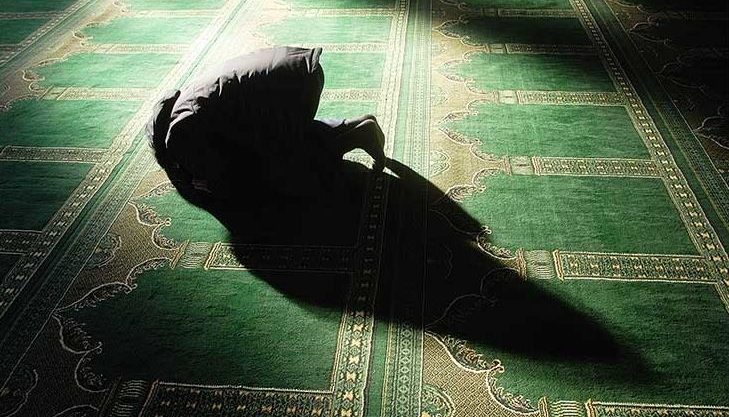 Religion is despicable. And then murders happen.

I don’t believe in any set of rules made thousands of years ago that dictate clothes to wear or punishments for random crimes.

And you know what: most people don’t believe in those things either.

But I also don’t like when media takes a billion people and just blindly calls them terrorists for the sake of selling as many commercials as possible.

And every academic can quote passages from every religion about violence and horror.

The Bhavagad Gita, for instance, is Krishna’s argument about why Arjuna needs to go into war with, and potentially kill, his own cousins.

Should a modern person take this seriously? Of course not!

Islam is similar. Do I listen to everything a mysterious voice said to a man in the desert over a thousand years ago? Of course not!

I don’t believe in “Star Wars” either. Why would a “force” want Luke to kill perhaps millions of people on The Death Star.

And why is nobody ever reading a book in Star Wars? Don’t they read?

But I love thinking of the idea of “surrendering to The Force” and how that idea has often helped me through dark moments.

In ANY iconic story that has withstood the test of time for thousands of years I want to figure out why that story has survived.

And, of course, how I can benefit!

This is what I take from Islam. In my worst moments, these six things have helped me.

Not in the name of any religion. But totally selfishly.

I think it is beautiful an entire religion is named after “surrender”.

That’s already thinking too much. I am a small tiny being with a gigantic star 96 million miles away keeping me alive.

And a billion years of DNA carving me into a biological tool that could survive for 100 years, give or take, on this planet.

We are surrounded only by stories, then skin, then cells and blood and air. And 97% of the matter in the universe is a total mystery to scientists and philosophers.

Surrender allows the unknown to happen as humbly as possible. Success is when we are ok with the unknown we invite in.

I don’t have faith in science fiction or miracles. My brain isn’t smart enough.

Do I think everyone should have a personal practice? I do. But that is my own opinion and is not advice.

This is the personal practice I have faith in. And that if I do this practice, I can surrender to the outcome.

Every day I check the box on:

Physical health – Sleep Move Eat. Did I do the best I could on each of those.

Emotional health – Am I spending time with people I love and who love me.

Creative health – Am I creative every day. At a bare minimum, did I take out my waiter’s pad and write down ten ideas? About what? Doesn’t matter. Just write.

Spiritual health – Do I appreciate for just a moment the beauty of things around me, even when things feel they are at their worst?

[ Related: How To Be The LUCKIEST GUY ON THE PLANET in 4 Easy Steps ]

This is my form of prayer.

Someone once told me the latter prayer feels fake to them. Fine. It doesn’t feel fake to me.

And it’s a way for me to get out of my own head and think about the needs and dreams and wants of others for even a moment.

Prayer is my way out of the head else I am trapped inside.

Islam suggests do “prayer” five times a day. I think it can be done all day long.

Every religion has some idea of fasting. And like all good science fiction, the truths inside the story were only realized much later.

With modern science we now know the benefits of fasting to clean out the system, keep weight in control, avoid diseases like diabetes, and avoid inflammation in various organs, including the brain.

I try to do intermittent fasting a few times a week. Meaning: A 16 hour fast so all my food for the day is consumed during just an eight hour period.

I don’t believe in writing checks to big organizations where I have no idea how the money will be used. So I don’t like traditional charities.

But I do set aside money each month to give as much as I can in completely random situations: to homeless people who ask. As a ridiculously large tip, since often this is the only way that low-wage workers get paid more.

Or in other situations where I can help or do things anonymously.

In Judaism, to give anonymously is considered the highest good. In Islam, it is one of the main pillars of their religion.

For me, it’s a way to reduce my attachments and worries about money while helping someone. This helps me in the process of “surrender”.

In Islam, this means: pilgrimage to Mecca.

I will never do this.

But I try to go on a pilgrimage every day. To spend some time exploring what I love instead of just following the directions someone else tells me to do.

Every day I try to have the heart of a pilgrim. In Zen this is called “beginner’s mind”.

Arrogance is the opposite of pilgrimage.

I don’t watch the people arguing on TV about who killed who under what god’s name. All of that is BS and fiction.

“Follow the money” is how you get all the answers to those questions. This has nothing to do with “Surrender” for me.

But when I look at my own definitions of these five pillars: “faith”, “prayer”, “fasting”, “charity”, “pilgrimage”, I find these are guideposts in the direction of “surrender”.

And surrender has often been a great source of success and creativity for me.

It’s about how I can live today the best possible life. And the only possible way to predict a good tomorrow is if I live a good life today.