I'm Running for Vice-President of the United States

“Dan Quayle might go down in history as one of the greatest Vice-Presidents of all time.”

“I’m sure after Dan Quayle dies people will realize what a great President he would’ve been.”

I said that also.

I was on a date with a girl with frizzy, blonde hair, glasses, who smoked and gave me a cigarette. I had smoked maybe 5 cigarettes in my life at that point. I smoked the cigarette the girl gave me.

She was from Indiana. Loved Dan Quayle.

I don’t know one way or the other from Dan Quayle. What does it even mean to be a “great Vice-President”. Let alone “Dan Quayle”.

At the footsteps to her house I did one of those awkward move-my-face-in-closer-for-the-kiss things. She was still smoking her cigarette. I could smell stale cigarette breath everywhere.  “I don’t think so,” she said. She was honest. “I’m not attracted to you.”

Dan Quayle has been a newspaper publisher, a senator, a Vice-President, and has been the successful vice-chairman of Cerberus Capital. He might very well have been the best Vice-President ever. I have no idea. I was a graduate student about to get thrown out of school.

He certainly was better than Aaron Burr, who  almost caused a revolution shortly after he killed Alexander Hamilton. Or Hannibal Hamlin, who in addition to his responsibilities as Vice-President under Lincoln, decided to lead the Union Army and almost caused us to lose the war. Or Spiro Agnew, who had to quit under Nixon and plead Nolo Contendre under various charges (which led ultimately to Gerald Ford being President who became famous for proving the government can’t stop inflation).

All I wanted was a kiss. I would’ve made any argument under the sun about Dan Quayle.

I love the idea of the Vice-Presidency. You’re the second most important person in the world. But you don’t have to do anything.

Sure, you can pretend to do stuff. But that’s just for show. No Vice-President has ever really done anything important while he was Vice-President. Everything is for show. And Al Gore is now divorced while Bill Clinton is still happily married. We live in a giant hall of mirrors.

[Just this second: I turn away from the computer and ask my daughters who the current VP is. Josie ignores me. Then she says, “Obama?” Mollie laughs and says, “who even CARES!?” ]

I once wrote a novel  (never published) about the Vice-Presidency. The hero is about to quit politics out of disgust and then is reluctantly picked to be Vice-President at his convention. The election is a shoo-in. It’s a popular incumbent President. So now our reluctant hero is Vice-President of the United States.

At one of the inaugural balls he simply walks out and takes a bus to Pittsburgh. Everyone is looking for him. He then drives, rides a bus, hitchhikes around the country. He’s not trying to hide. He’s occasionally recognized as the Vice-President and then moves on after an adventure or two. All the time, having sex with as many prostitutes, lovers, fans, whatever as possible. Getting into an occasional adventure along the way while he sees the real America.  Sort of like a Vice-Presidential version of the 1970s TV show “The Incredible Hulk”. 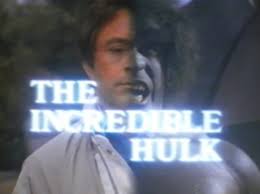 Meanwhile, the President wants him found because he’s proving to be an embarrassment. And there’s even some talk of killing him because his antics are getting him too popular and he’s saying too much against the current administration.

Finally, of course, all hell breaks loose when the President is assassinated and our hero becomes the new President. Now he has to reconcile the lifestyle he enjoys with becoming the most powerful man on the planet. And since he hates the Speaker of the House (the next in line) he has to take control and do stuff. Which he does. To everyone’s shock and dismay.

There’s something about the Vice-Presidency – the faint hint of infinite power. Infinite freedom. A certain immortality, if not through body, then through history (the fact that we still even know who Hannibal Hamlin is proof enough that Vice-Presidents will live forever in some universal wiki-chip that gets implanted into the brain. )

My sister thought I was trying to project my feelings about my father onto this character. That I was always secretly writing about dad in everything I wrote. I don’t know. I gave up on it and started another project. RULE #1: Never talk about your work when you are halfway through. No good.

“Al Gore might go down in history as one of the greatest Vice-Presidents ever,” I said to the girl sitting across from me, 18 years after the Dan Quayle girl. She  personally knew Al Gore. When her father died Al Gore called her and told her how sorry he was. She worked on Al Gore’s Presidential campaign. So I said whatever I could.

That one didn’t work out either.  We always drank too much and then things always got ugly like in a crying, lying, neighbors upset, kind of ugly.

Why couldn’t I have been honest just once.  I feel like I only started being honest in my life here in this blog last November. Almost one year ago exactly. What if 20 years ago I had said just once, “you know what, Calvin Coolidge was the greatest Vice-President in history. On principle, he did absolutely nothing. He always ate by himself in the Senate cafeteria and faced the wall so he wouldn’t have to look at anyone.”

One time he was at a dinner party and one of the socialites at the party told him she made a bet that he would say more than three words at the party. He replied, ‘you lose.’ He was pretty confident in himself to say something like that.

What if in the first forty years of my life I had just been myself? I was always afraid of showing people the real me. I had to pretend to hold beliefs I didn’t care about (astrology? Dan Quayle? Nicaragua? Dogs? Kaballah?)  in order to get people to like me. Or I had to have money, or be great at chess, or give the other kids candy every day, or have a TV show, or do something that made me special because it wasn’t enough to just be me.

Maybe a girl with frizzy blonde hair and glasses would’ve kissed me. Or maybe I would not have wanted her to. Just once maybe I would’ve gone home satisfied with just being by myself. Being alone.

Eating dinner. Looking at the wall.

Anecdote: My favorite VP candidate was Jim Boren in 1980. His brother was David Boren, who was Senator from Oklahoma. Jim was specifically running to be the VP candidate under Ted Kennedy if Kennedy won the nomination in 1980 (Carter won it). Kennedy didn’t even know who Boren was. Boren’s entire premise was that bureaucracy was evil and he wanted to be as bureaucratic as possible to demonstrate it. His campaign slogan: “When in Doubt, Mumble”.

See Also: Politics is a scam