The Most Important Thing Willy Wonka Ever Said 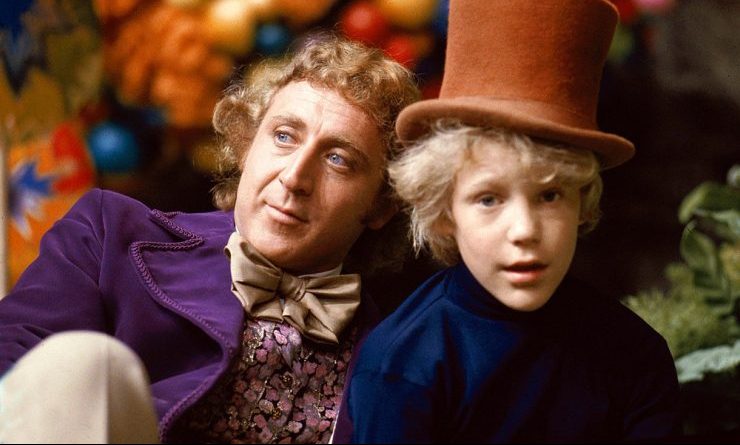 Willy Wonka was a sad god who disappeared from the world. He only wanted to make magic with chocolate.

But then he wanted to give the world one more chance. To find an heir. To find a human to love.

The last scene of the movie: Gene Wilder and the winner of his contest, Charlie, take the glass elevator up into the sky to survey the world. Not just the factory but the entire world.

Charlie is still confused. Still left with the lingering anxiety he grew up with, the stresses he was programmed to live with every day. The same ones I feel I wake up with every day.

Willy Wonka has to banish that fear so Charlie could assume his place at the top of the world, as the heir to the miraculous domain Willy Wonka had created.

It is this scene that finally brought me to tears in the movie. That I have repeatedly watched on YouTube in the past years many times. Because it’s true and I have to remember it.

Because when I forget it, I fall to the ground.

Willy Wonka: But Charlie, don’t forget what happened to the man who suddenly got everything he always wanted.

Willy Wonka: He lived happily ever after.

This is my favorite line in any movie ever. Gene Wilder as Willy Wonka delivers the line as if it were truly possible to get everything you ever wanted.

We get bogged down by everything else. By our fears of loneliness, by our fears of poverty, or “who should be President?” or “why did he say / she say?”

It’s not easy to look for the magic in everything. In fact, it sounds like a cliche. Because there is no such thing as magic.

But we can pretend.

The way to get magic is to keep expectations so low that almost everything you do and see exceeds them.

To always remember that happiness is reality divided by expectations. I can’t often change my reality, but I can easily, this second, lower my expectations to almost nothing.

And then the magic begins.

The other day Good Day, New York called me and asked me if I wanted to come onto their morning show.

Then the producer there, Steve Cohen, wrote me and told me Laurie Hernandez was going to be on.

I googled her and saw she won a silver medal and a gold medal. I watched her floor routine and her balance beam routine on YouTube.

I wrote to my kids. Do you want to come in? Mollie was able to. She couldn’t believe it. She skipped everything else she had planned.

The highlight of the morning was Mollie getting her picture taken with her new hero. 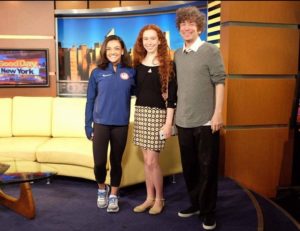 When she left I was sad and I hugged her. But I am happy thinking about what I was able to do for a brief moment.

I am the man who got everything he ever wanted.

Related reading: What Percentage of Your Worries Come True?