Is Donald Trump a Socialist? 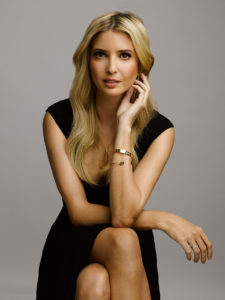 The last time I called the President of the United States was in 1980. I needed to speak to him about something important. My birthday was coming up.

Jimmy Carter was President then. I wanted to visit with him and interview him.

I had been calling up every politician for months and trying to interview them. Some responded and some didn’t.

I kept calling the White House.

By the way, a weird thing happened to me the other day. I was trying to call my first wife to arrange schedules with my children.

I got ahold of someone, a secretary, and asked if I could meet the President on my birthday. I didn’t live anywhere near the White House. But I knew if they said, “Yes,” I could convince my dad to take me there. I was going to turn 12 years old.

They were kind enough to not say “No” directly but they gave me reasons. “The hostages in Iran” and “the coal miner’s’ strike.” The President was very busy dealing with those situations.

I asked for Rex Scouten, the Chief Usher of the White House. He took my call. Eventually, on my birthday, he gave my dad and me a private tour of the entire White House.

I never listened to him. Only a year later I joined a cult and started sneaking into NYC almost every day instead of going to school.

But that’s another story.

This race for President is a joke. But so is every race. What maniac would ever want to be President?

But the media reporting the story is just as bad. As one producer once told me, “We are just trying to fill up the space between advertisements.”

At least he was honest with me. As opposed to saying something like, “We need to report the news.”

A few months ago I wrote about Donald Trump. I said he was a scam and that he was saying outrageous things not to win votes but to actually weed out the people who would never like him so he would be left with the lowest common denominator who would be loyal to him.

I said he would cap out at 12% of the polls. I was dead wrong. I don’t know where he’s at now because I don’t read the news but I guess he is somewhere around 30 or 40% of Republicans.

I don’t know what this means. I have no interpretation.

But the other day I looked at the comments to this post on my blog. There were TWENTY TIMES as many comments on this post as compared to all of my other posts.

And the comments were mostly disgusting. People calling each other right wing republicans or left-wing liberals. People accusing me of associating with whores and drug dealers.

Just complete insanity. I wrote to one person and asked why he thought his method of cursing and accusing would win him any supporters in his argument.

He wrote back, “Only a whore would hang out with someone like you and your left-wing friends.”

I am not left wing. I don’t even have a right wing. I just fall to the ground without wings.

The only issue I actually care about, selfishly, is war. Since I have a 17 year old daughter, I do not believe any war at all through history can be justified.

I would rather go to war myself than have someone recruit my 17 year old. Other than that, there’s no real issue I care about.

But the media gets everything wrong. Trump is not a Republican any more than Bernie Sanders is. Anymore than Hilary Clinton is.

But the media needs labels to take short cuts. “He’s a radical fascist Republican” as an example. Now we think we know all we need to know.

I have no opinion on anyone running. As I wrote in another article, I think we need to do a big favor and just eliminate the Presidency. But then, unfortunately, People Magazine would go out of business.

According to the standard definitions of these labels, I sort of realized he’s the exact opposite of the label the media gives him. He’s probably just as Socialist as Bernie Sanders.

I also don’t care about that. Sanders, Clinton, Trump. Whatever. None of these people are more important to me than my neighbor, or lover, or friends.

Happiness and well-being is found on the simple invisible connection between two people who love each other.

Not on the winner of a popularity contest.

But I get disgusted by the media who wants to pigeon hole and rise up the anger of everyone just so they can sell ads. It’s the only way they can compete against the rising (and better) news that can be found online.

This is not a Republican position at all. In fact, on September 6, 2014, Bernie Sanders was at the AFL-CIO convention and called for a national wealth tax.

On health care, Trump is more to the left of Barak Obama.

Here are some quotes:

“We must have universal healthcare.”

From January 2000, he wrote: “The goal of health care reform should be a system that looks a lot like Canada.”

I’m not sure any Republican would ever say that.

I won’t go into the details of this tax loophole or the arguments for or against. Maybe I am for it, maybe I’m against. I have no clue.

Suffice to say, Trump wants to close the loophole.

Here are the people who have directly praised Trump for this:

Nobody would accuse any of the above of being a right wing Republican. If anything, they are left-wing liberals.

Again, I am not saying any of these people are right or wrong. I’m just distressed at how quick the media is to make a label a target and then start firing bullets.

If we really want to be informed enough to avoid making decisions that could make or break us, the media has to get out of the sandbox and treat voters with respect.

The media in their grandiosity calls themselves “The 4th Branch of Government.” What a joke.

Trump has called for up to a 45% tariff on China. Bernie Sanders has consistently voted against any free trade agreement that will reduce or remove tariffs.

I get it. If you keep all trade in the US, then that theoretically means greater employment and profits opportunities in the United States.

This theory is dead wrong.

Just research the Smoot-Hawley tariffs which eventually led to the Great Depression.

But that’s not the point. All I’m saying is: Media – the organizations that have pledged to keep us informed – please get it right.

That said, I know you won’t. That’s why I prefer to read a good book than get “information.” And yes, information is in quotes because it’s ironic.

Both Trump and Bernie Sanders are opposed to raising the retirement age.

Fine. Again, I have no opinion. The retirement age is a fiction anyway once most jobs are transformed to freelancers over the next 10-20 years.

Trump has been a bit confusing on this issue. But two things that are not confusing: he wants to reduce funding for NATO. And withdrawing American bases from around the world.

Basically, leave America out of it, world. We don’t need to protect the world is what he is inadvertently saying.

I agree with this actually.

But who else agrees with this? Bernie Sanders has consistently been isolationist in his voting record and his infrequent public statements on foreign policy (“Let’s nation build at home”).

If I paid attention any more to this race, I would be disgusted.

But I honestly don’t care. What I do care about is how many people with super strong opinions are consistently wrong.

And that’s what is happening. People open their mouthes and s**t pours out.

Where do they get it? From BS media or websites with no information or corrupt ads paid for by anonymous PACs. The entire system is corrupt.

And to vote is to acknowledge that the system is honest. Which it isn’t.

The people sitting on top are invisible. The names we hear (Clinton, Trump, Sanders) have been puppets for decades.

This is not conspiracy theory. It’s reality.

They have no new issues. They basically agree on everything. And nothing will ever change.

Which is why the average person needs to look inward and change for themselves rather than depend on a government that makes promises they can’t possibly implement and don’t even have the authority to.

Sanders and Trump probably agree on more economic and political issues than disagree.

Wealth tax, closing hedge fund loopholes, pro tariffs, anti-free trade, centralized government, nationalized health care, isolationism, and on and on. I left out several other issues because I got tired of writing this.

Trump = Sanders = socialism on all of these issues. I am not a socialist or a republican or a democrat. But who cares. Get it right before slinging mud or making up false labels.

Meanwhile, I do love Ivanka Trump. I think she’s smart and funny. I wish I had met her and married her ten years ago.