At Barnes & Noble at Union Square a cop approached me, “Sir?” right after I walked in. When a cop approaches you so many things go through your mind. The guy clearly had a gun. Somehow I was in trouble. I touched a book. Maybe he thought I would steal it. It brought back memories of being nine years old, the store manager at the Kay-Bee Toy & Hobby Shop asking me to go into the back-office so they could “arrest” me for hiding six packs of football cards in my winter-coat. I was guilty then so I must be guilty now.

“Sir?” He was clearly NYPD and not bookstore security. It said, “Police Department” on a blue patch on his shirt. 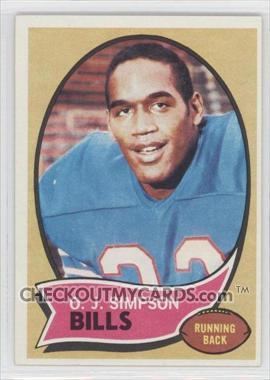 “Are you James..I don’t remember your last name. You write about stocks?”

I actually felt relief. You can discount psychology all you want, but something deep from my childhood had me scared for a second. So I smiled. Now I was the man. I WAS THE COP.

I used to daytrade, he told me. Then I lost 10,000 dollars when some guy told me about a stock.

Uh-oh. Now I was scared again. A man with a gun just came up to me, identified me by name, and told me about a guy (possibly me) who told him about a stock and then his entire daytrading career was ruined. I knew for sure the odds were zero he was going to shoot me in that bookstore. But still.

What was the stock?

Stop it, I should’ve said.

It was your fault.

You did listen to him. You bought that stock.

She did cheat on you. He did lie to your face. She did never call you back. They never were going to refinance your house.

You listened to those guys on that investment opportunity. You put your money in. You went to all the meetings. You did all the due diligence. You did the background checks. They stole the money. Now you are suing them and they are declaring bankruptcy to avoid paying you. Your ex-husband stopped paying child support. Your parents didn’t love you. That girl you loved so much you would’ve killed for her had an abortion and then dumped you.

Its all your fault.

“Here’s the advice I have for my ex, Sarah”, my friend was about to tell me. Sarah was dumping him. Or he was dumping her. I couldn’t even pretend to be interested and he knows who he is as he reads this. He wanted to tell me his advice for her.

“I don’t care,” I said. “Your advice is going to make no sense and no matter what she did, you deserve whatever it is you got, I assume you had a horrible weekend with her where you guys broke hearts, and one person cried on the floor, and you both scratched each other, and remembered three good moments from years ago, and fought, and screamed, and tore, and police were called on. I don’t care what she did. You’re no good for her and its your fault.”

How can you say that? he said.

Because what do you have to offer? What advice can you possibly give her that can help? She’s better than you.

And why did you listen to your friend’s stock advice? Why did you listen to anyone? And why did you think suing someone can solve your happiness and give you a better life? And why do you give advice. You go on the toilet like everyone else. You’re an animal made of dirt and skin and tiny bacteria crawling all over you, and diseases and infections you don’t even know about it. And maybe even small tumors that are now starting to pop up in your brain but too small to see in a test. And when people walk down the street you think to yourself, I’m glad I’m not them. And you don’t even know them. You think, I’m so glad I’m not going home to whatever lousy life they have.

But who even cares what you think?

And what about you? Why are you always blaming the government for all of your problems? Who cares about bailouts and Goldman Sachs and “the Bernank” and all the CEOs who are firing everyone while taking mega-millions in salaries. You think they are so happy? Dick Fuld blames Jamie Dimon who blames Hank Paulson who probably blames Bush who blames Bernanke who blames Andrew Cuomo who blames Bill Clinton who probably blames Hilary but is scared to say it. Every day all I hear from you is about the government and the banks and Obama. BORING. If it bothers you so much, don’t read that blog. Don’t open that newspaper. Turn off the TV. You’re wrong all the time so just start doing the opposite of what you’ve always been doing.

For once, for just once, take responsibility for your own actions Take responsibility for your anger, for your sadness, for you poverty, for your failures. Once you do that, that’s step one. Step two is: “become the luckiest person”. I’m not trying to sell anything. I’m agenda-less. Write me and I’ll give you my book for free. I want you to be happier. Just admit it. It’s your fault. And life isn’t going to be better until you say it out loud.

You’re a cop, not a day trader. Catch some bad guys. I can make the list again and again of what I’ve lost, who I’ve lost. The time I’ve spent. The people I’ve left behind. The money thats gone. The friendships that melted. Its all my fault. If I describe how much of it was my fault it would be breathtaking in its scope. How many smiles have I callously thrown away because of blaming others. Its my fault.