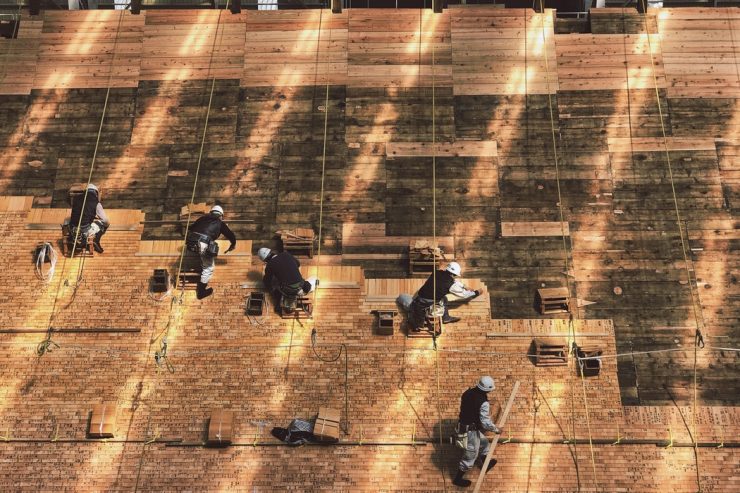 The reality is: I took a job so I could have an excuse to move cities and slowly disintegrate the relationship with my girlfriend.

I figured living 300 miles away would allow me to disengage from contact with her and eventually end it.

It ended the way these things typically end. She was unhappy with my lack of communication and affection and started seeing someone else. Then I got upset even though it was of my own doing.

This is not right or wrong. Or ethical or unethical. This is what people do.

Now I had a job and a new life in a new city.

[ RELATED: Why Today Is The Day You Have To Reinvent Yourself ]

A job is a pretty easy thing. You come into work between 9 and 10 am. You take a cigarette break (or, in my case, a licorice break) at 11am, and then you go for lunch at noon.

Depending on your work situation, you can stay at lunch an hour. Sometimes two. Sometimes my friends and I would go to the park and play chess.

And sometimes we’d sit outside the NY Public Library and watch people pass by. Tasso told me, “You moved here at the right time.”

It was August and both the woman and men looked so stunningly beautiful and interesting I wondered if I could ever possibly fit in no matter how much I pretended to be like everyone else.

I had a steady paycheck. But it was only enough for me to afford a one room apartment with a chess hustler from Washington Square Park named Elias and often his girlfriend.

They took the couch and I took the futon and lived out of my garbage bag. The shower was constantly running and we were staying there illegally so couldn’t get anyone to fix it.

My boss was always unhappy. He would say to me, “Things are changing and not for the better.” I didn’t know what “things” were.

But the job was an amazing, wonderful experience for me.

Because my bosses were so disenchanted and possibly depressed I was able to carve my own way.

I built a business on the side. I started pitching TV shows, and even shooting a pilot or two. And I barely worked.

This is when my title was “Junior Programmer Analyst” and nobody really knew what I was supposed to do.

But because of my outside activities I was getting job offers on an almost daily basis, my business was building, and although I sat in a cubicle and played online chess most of the day in between breaks with my friends, I had no fears of losing my job.

And then I quit.

[ RELATED: How To Quit Your Job The Right Way ]

The bad is almost as obvious as the good. Maybe this is inappropriate to say but pretty much everyone would agree with me: I was attracted to every woman who worked at my place of work.

They were the only people of the opposite sex I knew. I was in love with all of them. Like deep feelings of love.

Eventually one situation worked and I married her and had two kids with her.

If this sounds somehow morally degenerate I can guarantee there is a lot worse in the world.

I still love the mother of my children and she will be a part of my life forever. This is just the way I did it.

Another bad thing is that sometimes my boss would yell at me.

If I didn’t give him full credit for everything I did, then he would get upset. I’d be sent to some random city in the middle of the country for two or three weeks on a worthless project that never amounted to anything.

This was disaster for me because of the business I was building on the side. I had to be there as we were building up employees.

And finally, the reality is that I didn’t really like the people I was working with.

When people say, “you’re the average of the five people you are most around” chances are the cliche is not referring to the “five people in the closest cubicles.”

Eventually I had to quit. My full-time job had discovered that I was running a company on the side. The news went all the way up to the CEO. Pressure was on me.

And at my business, we were supposedly getting a big client that would be worth an enormous amount of money.

I had dreams at night that I would have so much money I would be able to give almost all of it to my mom and she would be proud.

So I told my boss that I was quitting on the day before he was going to take a four week vacation.

He said, “Can you wait until I get back before you officially quit”.

I went straight to my desk and sent an email to his boss that I was giving two weeks notice.

My boss then came up to me and said, “I thought you would wait.”

But he was no longer my boss.

“I never hire anyone back so when your business fails don’t expect to be rehired by me. Loyalty is the most important thing.”

“Once you leave here, nobody will return your phone calls again.”

He was right on both counts.

And the first day I left, my company that I was now CEO of lost its biggest client.

For the next 15 years I was scared every day and nobody ever returned my calls again.

Welcome to the real world.

The ugly is this:

Jobs are going away.

Kevin Kelly has a great quote: “Productivity is for robots”.

The key is not to be productive. The key is to ask good questions.

There is a worldwide conversation happening right now: what can make life better. And we are all attempting solutions.

Questions provide meaning in life. Solutions are attempts at answering the questions.

As the world gets better, more of the solutions get outsourced or automated.

The main skill then, is to turn your brain into an idea machine. To every day wake up and come up with ten ideas to make life better. To make another person’s life better. To have impact and meaning in your life.

If you have an atrophied idea muscle, don’t worry. Three to six months of exercising the idea muscle will make you an idea machine. (I have a whole post about it here.)

This is why jobs are going away. This is why more people are opting out of the workforce. This is why almost half of all jobs held by college graduates don’t require a college degree.

This is why income has fallen for 18-35 year olds for 25 straight years.

And this is my new solution for you…

People often say, “If I could tell my 30 year old one piece of advice I’d say nothing because I needed to learn all of those mistakes.”

But if I had to tell my daughter advice, I don’t want her to make the same mistakes I did. I tell her:

Some of these are cliches. That’s OK. Cliches are there for a reason. You can’t be new and unique all the time. Survival trumps uniqueness.

Now, if I were 60 years old and I had to give advice to myself right now, I hope this is what I would say:

I hope I’ll listen if you ever get that chance James Altucher.

Would it be hard to move your work life up a rung on the hierarchy of needs? Don’t die on the bottom rung. 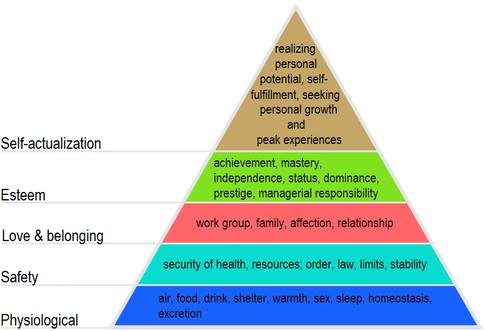