I Just Spoke To Bill Gates For a Half Hour 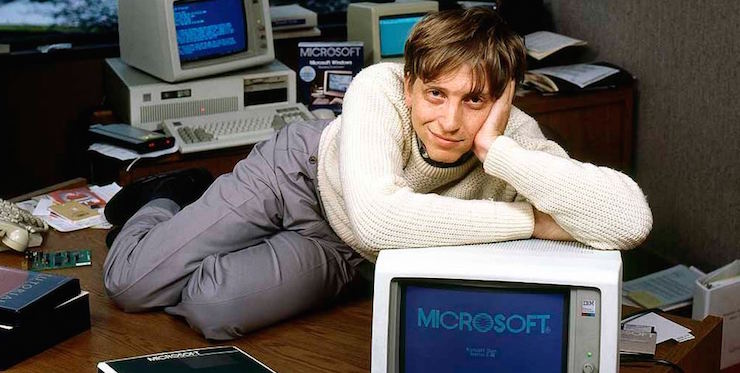 I just wasted the last half hour talking to Bill Gates.

He was talking all about his philanthropy. He flattered me. He said “Billions of children are dying in Africa.”

Suffice to say, at the end of it, he encouraged me to make a donation to a charity that doesn’t really exist. “Maybe donate 80% of your assets.”

I then informed everyone who I knew who was his “friend” that it was a fake Facebook account.

But it doesn’t stop me from being the idiot who wasted a half hour. What an idiot.

I am really a sucker all the time. I think it’s because I am overly optimistic. “Oh! if he’s talking about charity he probably is Bill Gates.” And…”I can’t believe I’m talking to Bill Gates!” Optimism and egoism.

You don’t need to donate 80% of anything. The way to be charitable is to start today: what can you do to make one person’s life better?

If you can ask, “Who did I help today?” at the end of every day, then you are in the top 1% of philanthropists in the world.

You can give all of your assets away. But assets are not money.

Assets can also be your kindness, your time, your ability to protect, a moment of thought for others. A phone call that encourages.

Just once a day. It compounds.

I never worry now about anything – because of 20 years of compounding kindness. I have created a net of good will. That is my asset.

The best way to avoid being discouraged is to encourage others.

What do you like better: “I am the Walrus?” or “Imagine?”

He said, “Are you asking is ‘I am the Walrus’ better than ‘Imagine?’ I never think about that. I just DO.”

Artists do. Entrepreneurs do. Creatives do. Philanthropists Do.

Does this mean you have to get up every morning and work on your future famous painting or novel or business?

But Victor Frankl survived the concentration camp of the Holocaust by every day waking up and finding meaning in his life.

It’s the ENTIRE reason he survived when so many others died, including all of his family.

In other words: he lived longer. And he was happier.

The two meanings he found? One day, ‘I will see my wife again.” And one day, “I will write about this experience and help others.”

He had a reason to wake up in the morning, to survive until night. He did.

When the Andy Warhol museum opened up in the early 90s I went to the opening. I couldn’t believe my eyes when I entered.

Nine floors filled with art work. How could one person create so much in a lifetime, even though I knew he had many helpers.

Nine floors of art! Some art so small it could fit in your hand. Some were murals that filled up 50 foot walls.

All day, every day, he must have had a camera in his hand. Or at least a notebook to fill with ideas. Or a sketchpad to draw. Or….something! I don’t know.

Would I ever do that? I found myself in compare-despair, since I knew the answer was probably no.

People say, “It doesn’t matter. A billion years from now we’ll all be buried dust.”

Ok. But I will tell you when it does matter. Today it matters. And it matters to me. Don’t tell me about a billion years from now. Who cares?

If I waste today, I can’t help myself – I will feel it tonight.

I will feel like the cage in the zoo was open and I didn’t leave it. I didn’t seek out the freedom I deserve.

When I am doing something I love, I feel like nothing else in the world matters. I feel free.

And I feel connected to other people who are doing.

And I feel like I am improving my competence in something, It feels good.

If I wake up and say, “I’m going to do X” and I go to sleep and think “I did X”, then it doesn’t matter about a billion years from now.

It could be something creative. It could be a list of ten ideas. It could be an act of kindness. Something, anything – a small thumbprint I press down on society.

It doesn’t even matter about yesterday. Or tomorrow.

And I don’t care what people say – “I am the Walrus” is better.