Kissing probably ruined my life. At least for a good 20+ years. I was a late bloomer. Almost 19 for my first kiss. And in the dark, so nobody had to look at me. But, I guess like for most people, it totally changed my life. For the worse.

I mean, it really sucked what happened afterwards. Like the times she then didn’t want to kiss me when I did. Or the times she was kissing someone else. Or the times I wanted to kiss someone else but couldn’t, or didn’t or shouldn’t, or shouldn’t have, and then guilt remorse apologies anger pain jealousy crying anguish. Maybe if I had cut my testicles off at the age of 18 I would’ve avoided that but who wants to do that?

Because there is now a scientific study breaking down in a BS way almost every component of what scientists call “happiness”.  It turns out I have the  primary somatosensory cortex  in my brain to blame for that pleasurable feeling we get when we kiss. And all the dreadful aftermath that occurs when I can’t get the neurons in that particular cortex to light up on a regular basis. I guess I’m addicted to synapses firing in my primary somatosensory cortex. That makes me sound both smart and depraved at the same time. A perverted brain surgeon.

So today I needed to achieve my goals for the day on tdp.me. One of my goals I try to fulfill every day is to exercise the mental muscle. I do that by making a list.  So I made a list of ten things I often do or feel when I fail at something, or something does not go the way I wanted it to go. Like when something blocks me from kissing, making money, or any of the other numerous things I DEMAND from the world to give me happiness. 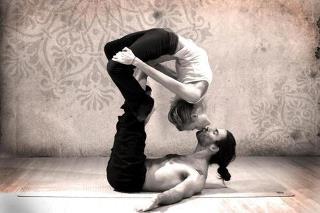 2) i resent (why did he get me into that investment. Why did she kiss me today when she was planning on not kissing me tomorrow? Like the one time she said, “my therapist told me not to make any changes for a year”. I actually was encouraged by that. As in, “ok, great, I’ll see you one year from today!”)

4) i think “why does this happen to me” (I forget all the good times. I forget all the times I was satisfied. I only remember the negative. Like an animal stuck in the dark woods with imaginary lions stalking all around the fringes of the clearing I’m in).

5) i project into the future about how everything now will go bad (well, if this girl doesn’t like me, then I’ll never find a girl like her again. If I can’t make money on this, then I will NEVER make money again. If I lost $1000 today trading then that means I will lose $250,000 a year, etc). 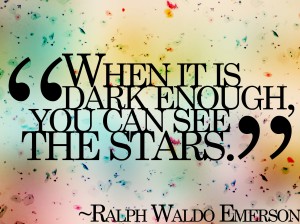 6) i feel like a failure (shame. NOBODY must find out. I have to be perfect! One time I was trading for someone. I made a trade that lost money. I stopped returning calls. Valuable lesson. He finally got ahold of me, pulled his money from me, and said, “you know, the only thing you have to do  in this business is be in communication.” )

7) i try to control by thrashing out an immediate solution (she didn’t pick up? call again. NOW! Or go there.  Wait for her at 3 in the morning. Or sell the investment at a discount. Or….something. I don’t know. DO SOMETHING!)

I’ve been hit by many arrows in my life. Many people have. But I’ve also often hurt myself twice as much with many second arrows. I don’t want to do that anymore. Being aware of the second arrow is the first step. It doesn’t mean you roll over and give up. In fact, quite the opposite.

If you aren’t busy bleeding to death from the second arrow you can calmly assess the situation and figure out what to do RIGHT NOW in the present. Don’t project into the future since most worries of the future never happen. Don’t regret the past. It’s already over. None of those thoughts will help you. They are a waste of time. They are unproductive and will make you stupid because they take up too much space in the brain.

But most importantly, give up control. Accept what happened. It was bad. Observe the feeling of “badness” inside of you. It’s just a feeling. It’s there and it sucks.

But it’s not the real you. The real me accepts what is and says: ok, maybe I need to exercise now since that helps bring down the bad feeling so I can be productive. Or maybe I need to sleep, so I will wake up feeling less anxious. Or I should back out of a situation completely (sell the trade, drop the girl, shut down the business) instead of trying to force something to happen that won’t happen. This way I avoid the second arrow.

Meanwhile, invite the pain in, and let it sit around in my head until it withers away, bored and tired and hungry for attention. Even though the pain feels stronger than any joy you might be feeling, let it just sit there. It WILL get bored. It WILL go away.

Or I should hold my breath for 20 seconds, exhale for 20 seconds, then hold again for 20 seconds. Now your body really has something to worry about. It puts things in perspective instantly and reduces anxiety. It’s like “insta-yoga”.

Life never throws you something you can’t handle. Even when she or he refuses to kiss you. Take a step back, continue to improve, meet your daily goals, and eventually someone better comes along. And then the kiss might last a few seconds longer.