I Learned A Big Lesson… 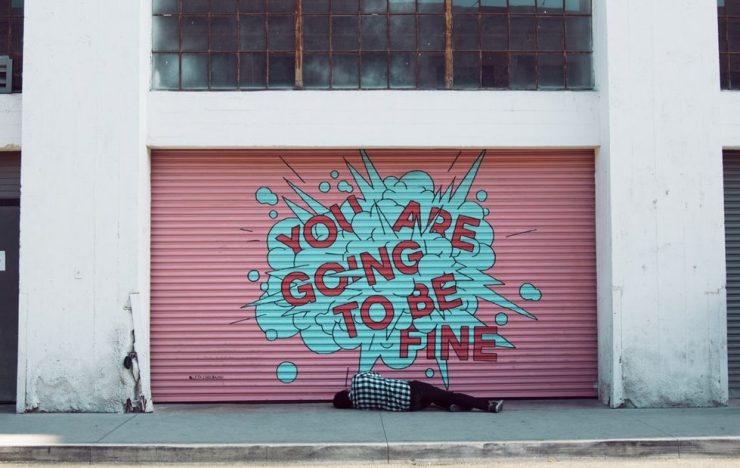 I moved out of an apartment and I asked for my security deposit back.

I had hired someone to clean the apartment and leave it spotless.

It was gross. It was disgusting.

I was a champion.

I’m supposed to be better than this but I’m not. I left the apartment in a totally irresponsible way.

I’m supposed to respond right now to the landlord to confirm that I saw these photos but I can’t hit “Send”.

Google gives me that option. I can just hit the button that says “I Confirm” and Gmail will send that for me.

So to formally answer the question:

I learned a big lesson: I’m a horrible, disgusting, irresponsible man and human being.

I also learned: I’m afraid of confrontation. I would pay any amount of money to not have to respond to this landlord.

I also learned: I’m not so good at the details. I thought I had left this apartment in perfect shape but I was wrong.

Part of the question is: “when” did I learn this lesson?

For the past five minutes I’ve been sitting here ashamed of myself.

I can’t even think straight I’m so ashamed of myself.

The only way I’m going to survive this is to somehow learn not to care about being horribly embarrassed so I’m not ashamed for the rest of my life.

But that won’t happen. I’d have to be a sociopath to not be humiliated that these photos were sent to me.

I’m sitting here answering this question figuring I must have some lesson to learn from this.

It can’t be: not to care. Because I do care.

Maybe it should be: pay more attention to details but that sort of sucks because I’ve never been that good at details and most details don’t matter.

Maybe it should be: don’t try and pretend to be perfect because I’m not. But I basically knew that and this is just another reminder of that.

It’s not a big deal. It’s not like I left a dead body there. But still…disgusting.

I could write back and apologize. I’ll probably do that. But I don’t like to apologize.

I’ll also write back and say I don’t need the security deposit.

I spent a lot of good months in that apartment and now the whole memory is sort of ruined. Or at least tainted.

Ok, what’s the lesson. Jesus, James, come up with a goddamn lesson from this.

Am I the world champion of gross? Is nobody better than me?

Ok. Ok. Calm down. I’m going to come up with one lesson.

It can’t be a cliché. Like, “I’m not perfect”. I already knew that. I did think that at one point. That I was, at the very least, a genius. But then I learned I wasn’t a long time ago.

It can’t be another cliché like: “There are no lessons in life”.

I say “Eat well” even though since I’ve gotten this email from the landlord’s real estate agent I’ve been binge-eating chips almost as a defense mechanism. Stuff shit in my face in order to avoid feeling like a piece of shit.

Ugh, what fucking lesson did I learn?

It’s only been five (not six) minutes so maybe it takes time for a lesson to settle in.

That could be another cliché lesson, like, “Time heals all wounds” which it does.

I watched a plane crash once and lots of people die. It took about five years before I stopped having vivid nightmares at night.

It took about 10 years to forget the first time I went totally broke.

It took also about 10 years to get over being cheated on by someone I thought I was in love with.

I hacked my love’s computer and read every email, text, photo. I was obsessed.

Lesson learned: don’t hack someone’s computer. Not worth it.

But that’s not the lesson I learned here.

She wrote, “After we assess the damage we can figure out what you owe us.” I’m not even getting the security deposit back. I might OWE them.

I could be a total dick about it and say, “I owe you NOTHING. I left the place and cleaned up and let you show it to new tenants for months. I was a total good guy about that.”

But I won’t say that. Because I’m not like that. Some people are. I always wonder about the people who can be jerks and just not care. I can’t do that and yet that happens to me a lot.

Ok. Just calm down. I’m sure I learned a lesson here. What is it?

I just scrolled and looked at some other answers. Here’s a cliché lesson: “Always forgive yourself”.

What, should Hitler forgive himself? I don’t think so. His art was horrible, his mustache sucked, and he killed some people. If he killed FIVE MILLION less people he still would’ve killed ONE MILLION people.

What? I’m totally judging myself. I was bad and I didn’t realize it. Ugh. So embarrassed right now.

Ok, here’s a lesson I learned:

I’m a fucking piece of shit some of the time.