THE 4 LESSONS I LEARNED FROM MY BIGGEST MENTOR 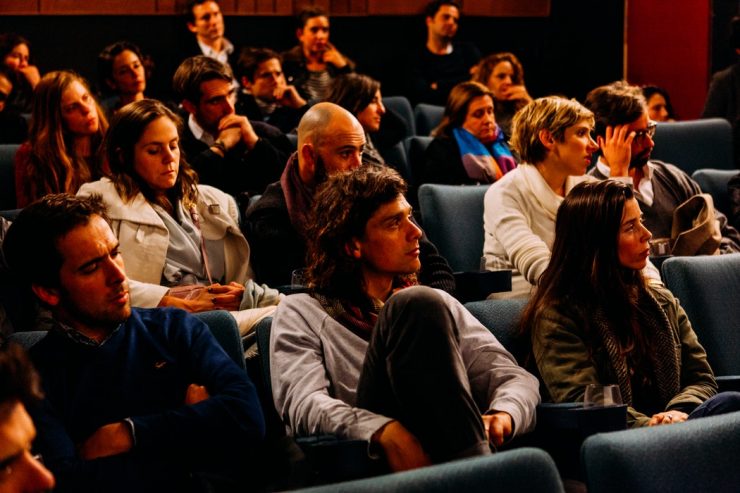 I dropped out of college. I bought a car with the money instead.

Then I got terrified and jealous. I made a mistake.

I saw everyone walking around campus. Was I going to be a loser?

I returned the car, cancelled the check, and re-enrolled in college.

This is how much of a loser I am: The car dealer was angry and called. I hid under the table while my girlfriend at the time screamed at him. They never called again.

A day later, I met my first mentor.

My first mentor was a professor. His courses were useless. I never used them for anything.

And then I had to take remedial programming classes when I had a job to re-learn all the things I failed to learn in school.

But I learned from this professor things that were invaluable to later success: building businesses, helping others, writing books, giving talks, making an impact.

I followed his advice for the next three decades.

He got a PhD in theoretical physics. When he was working on his thesis, Stephen Hawking said to him: “If you solve this problem, it will change the game in physics.”

He solved the problem.

Then Stephen Hawking said, “Hmm, I guess it wasn’t as important as I initially thought.”

Disappointed, he moved from Utah to New York and became obsessed with computer science.

He wanted to be a professor but the college said, “NO!”

So he did it anyway.

He simply found a classroom that was empty in the early evenings and he put up signs that said, “Lectures on Programming Languages.”

Finally, so many students were attending his lectures that the school had to make him a professor.

Later he got tenure. Then later he moved to a chaired professorship at another school where he still teaches.

He didn’t let the gatekeepers tell him “no” and he eventually worked his dream job.

Key Lesson: ASK FOR FORGIVENESS BUT NOT PERMISSION if your heart is in the right place.

He was not a well-known professor. He never published any world-shaking papers. But all of his students have gone on to be very successful professors.

He told me specifically, “My success will be if I have successful students.”

He always gave them full credit for everything and helped them in every aspect of their careers.

Key Lesson: SUCCESS IS MEASURED BY HOW MUCH YOU HELP OTHERS AND NO OTHER METRIC.

3) HE TAUGHT ME HOW TO SPEAK

One of the most worthless things I’ve ever done was write an academic research paper.

My professor and I were working on a project, wrote up the results, and it got accepted by the most prestigious conference in artificial intelligence in the world.

So we both flew out to Kaiserslautern, Germany and, true to form, he was going to let me do the presentation and take all the credit.

He said, “Skip the conference dinner. It’s useless and you’ll meet nobody interesting.”

Instead, we went to the empty conference hall, where I was scared to death about the talk I would give there the next day.

He said, “Let me see your slides.”

I showed him and he said, “No. No. NO! No. No.” He crossed them all out, made changes, showed me why, showed me how to keep an audience engaged with slides.

He was the only person in an audience that could fit about 1,000 and for three hours he watched me give the same talk over and over.

Constantly stopping me, telling me how to move across the stage, where to put in jokes, how to keep the emotional temperature as high as possible on a talk about an incredibly boring topic.

During the presentation, I had people laughing. People even came up to me afterwards and said, “I never understood that topic before. Can you give the same talk at our university?”

Which is saying something when I tell you the topic of the talk and the paper, “Automatically proving the adjoint-functor theorem in category theory.” VERY USELESS!

Key Lesson: HOW YOU COMMUNICATE IS HOW PEOPLE REMEMBER YOU.

4) HE ALWAYS GAVE CREDIT TO EVERYONE ELSE

He never took credit. He gave credit to his students, his bosses, everyone else.

I learned to always give credit to people working for me, and even more importantly, to give credit to managers, shareholders, customers — whoever I could.

And guess what? Other people see when you give credit. So it’s a double-win.

We walked through the streets of Kaiserslautern on our way to our respective hotels after he had me practice the talk.

That’s the last I ever saw him. A year later, I was thrown out of graduate school.

But I remember the lessons and I’ve used them as an employee, an entrepreneur, an investor, and as someone who has repeatedly bounced back from the worst failures:

Everyone in my life has become a mentor to me. Everyone — from my friends, to my kids, to my favorite authors, to my podcast guests, work colleagues, to all of the people who have both dragged me down and lifted me up.

I hope I listen enough. I hope I am learning from them. Always a student.

But I always remember walking through Germany at age 21, in a glow from my talk, the future rushing towards me, unstoppable.

Only much later I realized how many more painful lessons were waiting for me and the future came much faster than I wanted.