Those Who Mind Don’t Matter, and Those Who Matter Don’t Mind (and Other Lessons I’ve Learned From Dr. Seuss) 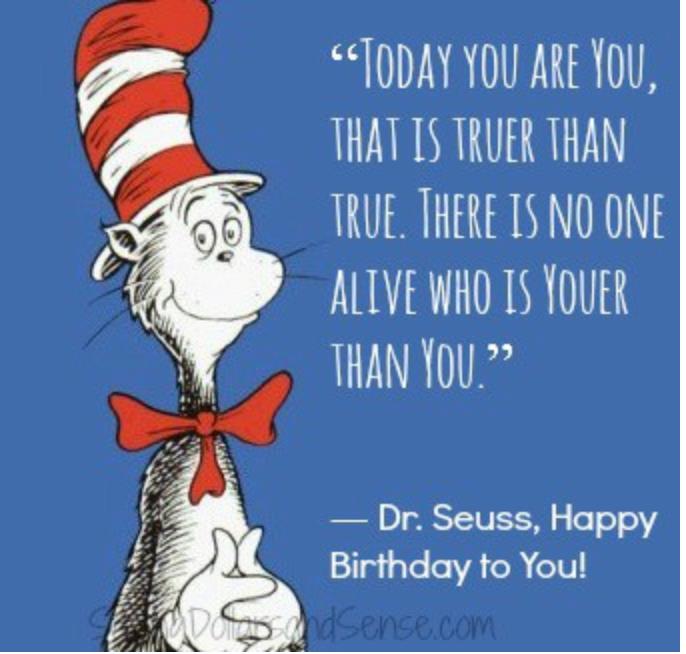 Ted Geisel cheated on his wife with his neighbor. Then his wife killed herself.

He then married his neighbor.

Ted is one of the bestselling authors in history but because of the above I almost didn’t want to write this. But I learned so much from his books. I still live by what I learned from him.

Every day. He had a very particular formula for success.

It happened by accident. Dr. Seuss got annoyed.

Ted Geisel saw an article saying that kids were illiterate. Schools were failing to teach kids to read.

“This is ridiculous!” he said, “Kids’ books are boring! That’s why they don’t read.”

“Dick likes Jane. Jane and Dick run.” etc. No kid wanted to read them. So no kid would learn.

He chose himself to solve the problem. He was doing well in the advertising industry. He could’ve stuck with that and just argued about kids and reading.

Instead, he wrote a book.

You can have thoughts, theories and dreams.

But the one thing that’ll work is work that screams.

Geisel, aka Dr. Seuss, wrote “The Cat in the Hat” using only 236 basic words. The book was a huge success and quickly sold over a million copies.

He then wanted to write and entertain for an even younger audience.

He wrote “Green Eggs and Ham” with only 50 unique words, which sold over eight million copies.

All because he was ANNOYED. He was annoyed that teachers and writers thought kids were stupid and would only read stupid books.

“Kids are smart,” he said. So he DID something.

“UNLESS SOMEONE LIKE YOU CARES A WHOLE AWFUL LOT, NOTHING IS GOING TO GET BETTER. IT’S NOT.”

He didn’t have any kids. He never had kids. But he knew they weren’t stupid.

If you can get kids to play, even with their mind, they will learn, they will have fun, they will put their efforts in.

He didn’t waste time arguing with scholars in newspapers. Here was his THREE-STEP GUIDE TO SUCCESS:

Find the thing that annoys you.

“BE WHO YOU ARE AND SAY WHAT YOU FEEL BECAUSE THOSE WHO MIND DON’T MATTER AND THOSE WHO MATTER DON’T MIND.”

We all go to school to prepare.

Prepare for what? To be a worker. To be a soldier. To be an adult similar to most of the other adults.

When you stick out like a nail, you’re going to be hammered. School hammers away those nails before we are adults.

It’s really hard to get hate mail. To tell yourself, “This is more about their story than mine.” I’ve been getting hate mail for 16 years.

People say, “Ignore it,” and I mostly do. I want to always say what I feel. And those who matter don’t mind.

My favorite Dr. Seuss book is “Happy Birthday to You.”

I wanted to fly out my window and go on a journey like the hero of that book.

“TODAY YOU ARE YOU, THAT IS TRUER THAN TRUE. THERE IS NO ONE ALIVE WHO IS YOUER THAN YOU.”